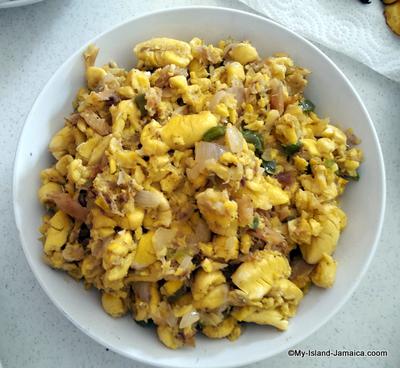 So there you have it! Interesting stuff indeed. An unlikely pair (ackee and saltfish) of rich history coming together to make a national dish. This shouldn’t be a surprise, this is Jamaica after all. Out of Many One People...Out of Many, One Dish, lol. I like mine with lots of onions and green peppers and just about any side. How about you?

I also recommend you read Jamaican Ackee - One of my favourite Jamaican food.