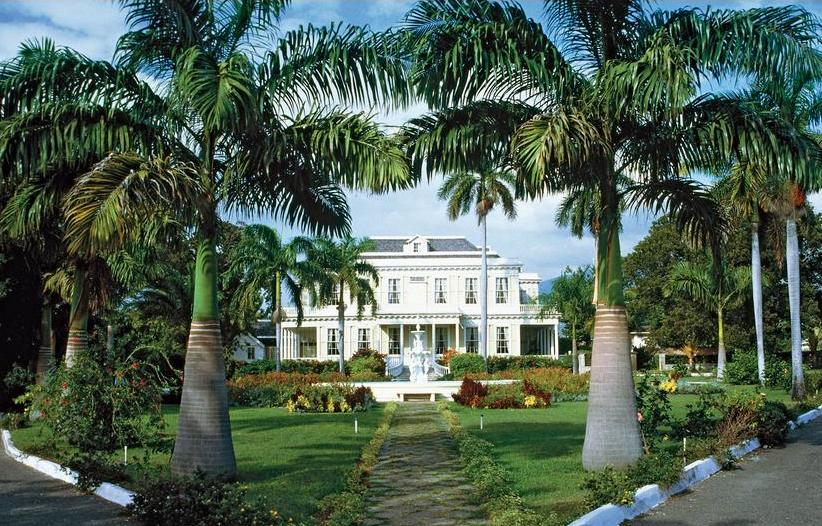 Many of our visitors will probably tell you that one of the most famous places in Jamaica is the The Dunn's River Falls, one of our most adored attraction, and they might be accurate - but only to some extent.

The truth is, this attraction has only gained prominence since people started to learn more about the beauty and uniqueness of Jamaica when the tourism industry took off some decades ago.

There are scores of other awesome places that have equal and even greater social and historical significance to Jamaica.

Taking history, as well popular reviews & sentiments into consideration, I mandated myself to research, and now gleefully present you with these, what I consider the most famous places in Jamaica - Yes, the Top Five (5)!

And yes, these are in addition to the iconic and world-famous Dunn's River Falls. 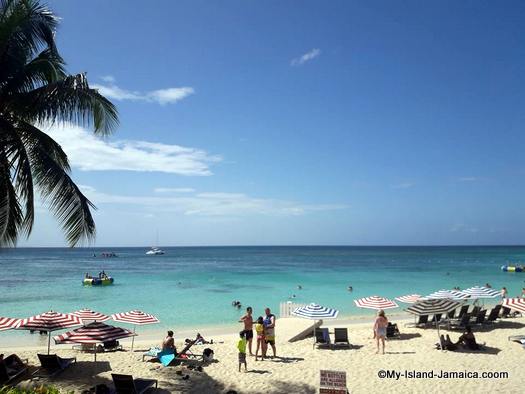 The Doctor's Cave Beach has been one of the most famous beaches in Jamaica for nearly a century.

It is noted for its crystal clear turquoise waters and near white sand. Its sheltered location provides calm waters, encouraging even the most diffident swimmers to practice safely.

So what's the big deal with it?...you want to ask right?

It is said that Dr. Alexander James McCatty founded a sanatorium in Montego Bay in 1880. He allowed his friends, including several doctors, to bathe at his small beach which was entered through a cave.

In 1906 he donated the property to the community.

In the 1920's, Sir Herbert Barker, an English osteopath, visited the beach and was impressed by the curative powers of the waters. He wrote an article which helped the beach become well known.

Gradually hotels were built nearby so that tourists could enjoy the beach.

Today, the beach is part of the protected Montego Bay Marine Park which has many species to be seen on coral reefs, many of which can be viewed by snorkelers. So you see why we listed it in the top 5 most famous places in Jamaica?

Be sure to read more on our Jamaican beaches here. 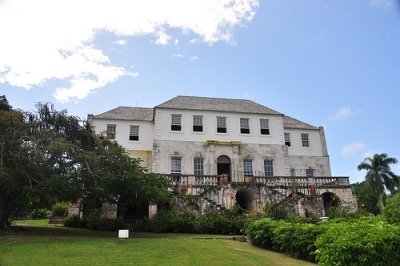 A very popular attraction, the Rose Hall Great house was the home of 'the White Witch', Annie Palmer, a devious and fiend character in Jamaican folklore.

According to legend, she was a beautiful, but spoiled, young white woman who arrived on the island as the wife of the owner of the Rose Hall Plantation, east of Montego Bay.

Annie became known as a mistress of voodoo, using it to terrorize her slaves, while she took male slaves into her bed at night and subsequently murdered them.

Today the Rose Hall Great House experience is a must for most vacationers and visitors to our island. Now there's no way we could ignore all this, the 'magic' side of our heritage, lol.

Get even more exciting places to visit in Jamaica here.

Another of the famous places in Jamaica, Devon House stands as a proud symbol of Jamaica's past, with its own compelling history.

In the late 19th century, the corner of Trafalgar and Hope Roads in Kingston was known as the Millionaires' Corner.

There, three of the island's richest men had built mansions...

The Abbey Court was demolished in the early 1960's and the Reka Dom was transformed into the YMCA. It was the vision of the then Minister of Development and Welfare, Edward Seaga, that saved the Devon House building. It was later purchased by the government of Jamaica.

It is said it's significance lies in the fact that George Steibel was the first black millionaire in Jamaica. (His mother was a housekeeper).

By the way, I am not sure sure of the association between Devon House and Devon House Ice Cream here in Jamaica, but I can tell you that it is the huge favourite across the island!

Be sure to read more in our article on Devon House when you get a chance.

Of all the famous places in Jamaica, this is probably the one with the most significance.

During the 17th Century, Port Royal was the shipping commerce hub and mecca of Jamaica. It was noted for it's wealthy lifestyle displays and very little regard to morals.

Not surprisingly, it was also a popular place for pirates to bring and spend their treasure. It is said that the British, during this time, actively enticed the Buccaneers to attack the Spanish and French shipping.

It was around this time that Port Royal, was labeled as The Wickedest Place on Earth!

In 1692 however, most of the city (2/3rd of it), sank in the sea because of a massive earthquake. Be sure to read our article detailing the history of Port Royal. 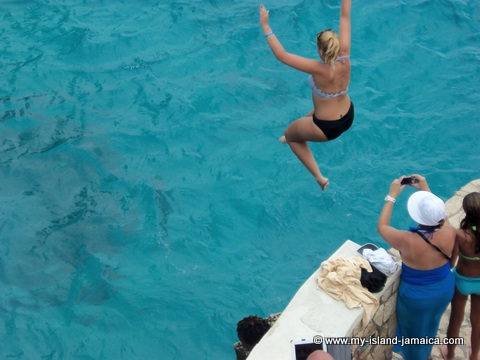 Without a shadow of doubt, Negril, the capital of casual, has been and will probably remain on the list of the most popular and famous places in Jamaica for a long time.

For the average Jamaican, Negril, is really a large beach area located across parts of two Jamaican parishes, Westmoreland and Hanover.

The name "Negril" is a shortened version of "Negrillo" as it was originally named by the Spanish in 1494.

Read more on the history of Jamaica here.

The western coastline contains the island's finest beaches, stretching for more than six kilometers along a sandbar at Negril.

It is known as the "7-Mile Beach".
Whatever you do, be sure sure not to miss our full article on Negril, Jamaica here. 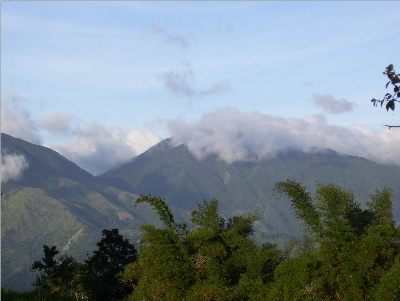 It accounts for the longest continuous mountain ranges in the Caribbean and is home to several brands of the world famous, Blue Mountain Coffee

And when you can, be sure to read about the governor general's residence, Kings House Jamaica - and interesting insight.