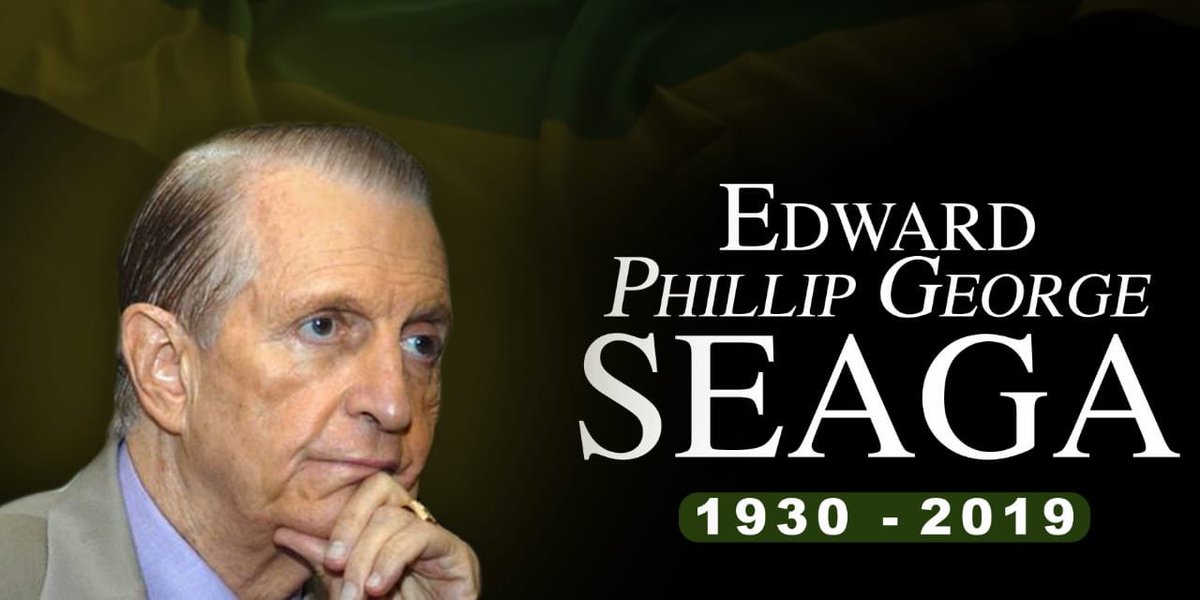 Here's a quick fact check for you on the Rt. Hon. Edward Phillip George Seaga. Did you know that...

But bet you didn't know that Mr. Seaga was a music producer (in the 1960s) before he took a keen interest in Jamaican politics? Byron Lee actually bought his label in 1968.

At his birth in 1930, Phillip George and Erna Seaga did not foresee the giant of a man that they would have been raising.

Mr. Seaga quickly became noticed for his honest speech and for his vision  for Jamaica’s development. Poised for greatness, he married Elizabeth "Mitsy" Constantine, Miss Jamaica 1965 on August 22, 1965.

His deep political will did not prevent him from fathering three lovely children with her two sons, Christopher and Andrew and a daughter Anabella.

At age 29 he became the youngest appointee to the Legislative Council in Jamaica (later renamed the Senate). This invitation to politics in 1959 by Sir Bustamante, founder of the Jamaica Labour Party – JLP, marked Seaga’s significant contribution to the Independence of Jamaica in 1962.

In 1962 Edward Seaga was elected as the Member of Parliament for Western Kingston, another record he set by retaining that constituency for 40 consecutive years; longest serving MP in Jamaica.

His achievements are too much to mention, but I'll attempt to capture a few.

Bear in mind that he is as passionate about politics as he about economic and finance matters. This saw him being instrumental in the forming of the:

Another very significant contribution that has often been overlooked is the fact that the Honourable Edward Phillip George Seaga founded HEART – Human Employment and Resource Training Programme in 1983; an education/vocational training center that is very critical to the empowering of the young Jamaican workforce.

Edward Seaga became the leader of the JLP in 1974. In 1980 he became Prime Minister of Jamaica from where he reigned until 1989. He was to remain in opposition thereafter until his retirement from political office in 2005 at the age of 75 years old.

He served as JLP leader for 31 years and as Member of Parliament for West Kingston from 1962 until his retirement in 2005, 43 years, that's the longest ever by any political representative in Jamaica.

His main rival for twelve years in politics was the Hon. PJ Patterson – leader of the People’s National Party (PNP). He said he liked to play tennis, collect Jamaican fold music (remember he was a music producer), and he does a bit of hunting (still going for the kill).

eaga prides himself on been a wonderful gardener/landscaper. This eye for nature and the finer things helped him to develop his Enchanted Garden Resort, a Jamaican attraction.

While being a member of hunting clubs, he is also very involved in the Kingston Cricket Club – apparently another one of his passions. However, this passion may have taken a toll on his family life as he was divorced from his wife in 1995, bu t he quickly gathered himself and married to Carla Vendryes. At age 70, he produced a beautiful daughter with her.

He as the On May 28, 2019, he died in a US hospital where he was receiving treatment for cancer.

Prior to his death, Mr. Seaga was the last surviving member of the framers of the Jamaican Constitution.

For even more on Edward Seaga, visit this wikipedia page.

Other Pages Related To The Visionary, Edward Seaga