Can Jamaica Get A Tsunami? 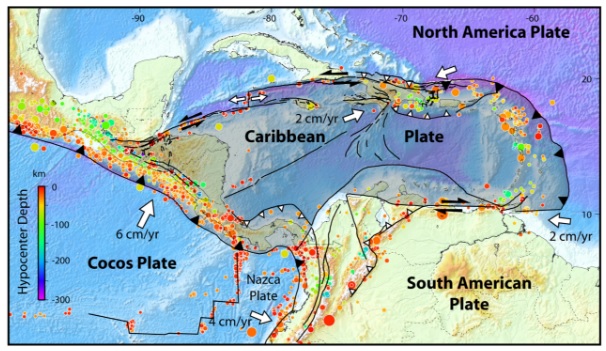 A few months ago, Jamaicans were thrown in a tail spin on the report of a possible tsunami hitting us.

But is this possible? Dr. Wiggins-Grandison, the head of the Earthquake Unit at the University of the West Indies here in Jamaica, put forward a documentation that Jamaica has indeed suffered two tsunamis caused by earthquakes.

To understand how this can happen, let’s take a look at what a tsunami is and how it is formed.

What is a tsunami?

This is the displacement of a large body of water by an earthquake, meteorites, nuclear testing, volcano eruptions, landslides or glacier calving.

Unlike the waves formed in a tidal wave which are sustained by the gravitational pull of the moon and the sun, the waves that accompany a tsunami are different and appear as huge columns of water which can rise very high in the air and also moves swiftly along the ocean floor for great distances.

These waves travel at high speed and very devastating in its course.

For an earthquake to cause a tsunami, it must have a magnitude of 6.5 or higher which is an indication of the large quantity of movement or slip on the causative fault that is required.

It must also displace the seafloor vertically, up or down as well.

An understanding of the formation of the earth’s crust, faults, fault lines and plate tectonics would greatly facilitate an understanding of how islands in the Caribbean, of which Jamaica is a part, would be affected by a tsunami.

The Pacific Plate margin is largely associated with the Pacific Ocean which is ringed by convergent plate margins known as subduction zones.

These subduction zones create and sustained volcanoes and generate the largest earthquakes known.

Jamaica is located on the north-central Caribbean Sea Plate where the plate margin is passive with its trans-current crustal movements, and earthquakes capable of generating tsunamis do happen along this part of the Caribbean plate margin.

Of note, however, is that the population of the coastal areas of the Caribbean have increased thus giving rise to factors that make the islands in this region much more susceptible today than they were when the last major tsunami occurred in this area years ago.

So to answer your question, yes, Jamaica can definitely get (another) tsumani.

2) https://www.windows2universe.org/earth/tsunami2.html
Back To The Top Of This Page