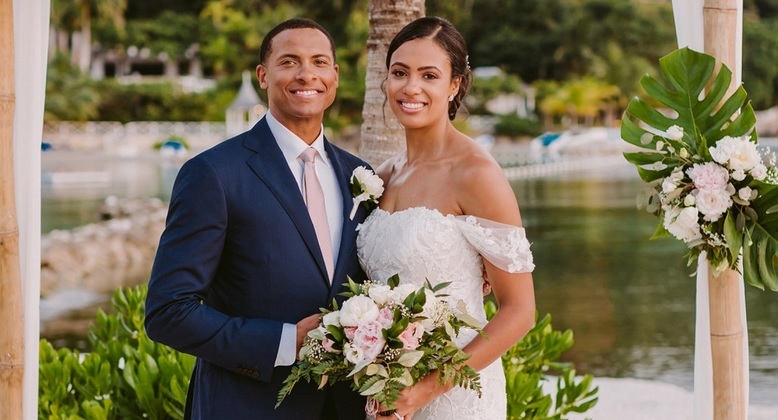 Another celebrity just got married in Jamaica!

The British-born Barnett, who lives in Washington DC, reportedly got married to his fiancee Ariana Tolbert two weekends ago, May 18.

The exchanged vows the majestic Round Hill hotel near Montego Bay.

See Also: Which Jamaican hotel is the best?"

In a statement to the magazine Barnett reportedly said...

"Thankfully, the tropical rains cleared out for the sunset ceremony and it made for a truly special moment,“A crane even landed in the waters behind us and watched along! I am so lucky to be here and start a life with Ariana.”

And why did they chose Jamaica?

Jamaica was chosen because according to Barnett, his grandparents on his father’s side was from Jamaica.

They reportedly left and lived in England as part of the Windrush generation.

They reportedly had a memorial table honoring Barnett's grand parents and Tolbert’s grandfather from Arkansas. Sweet!

The ceremony was witnessed by close family and friends who flew down to Jamaica from as far as England. Source

We wish this beautiful young couple lots of love, laughter and life!

For more on the requirements for weddings in Jamaica, read here.

So what do you make of this wedding?
Do you know of any other celebrity who got married in Jamaica? I welcome your comments here.