Stay up-to-date with all that's new at My-Island-Jamaica, Click Here to subscribe for my updates and don't miss a thing!

Building The Community Notice Board

Residents of the community of Retirement in St. James took Labour Day 2014 (May 23) as a prime opportunity to show their love and belief in their community - and that they did!

The mission... To erect landmark Welcome and Notice Board signs in community.

As president of the Retirement Community Development Committee (RCDC), yours truly was pleased to be associated with the significant community initiative.

Thanks to the help of the Member of Parliament, Mrs Sharon Ffokes-Abrahams, the community was able to secure approximately 60% of the materials needed for the project and so priority was given to one of the three locations - as a start. 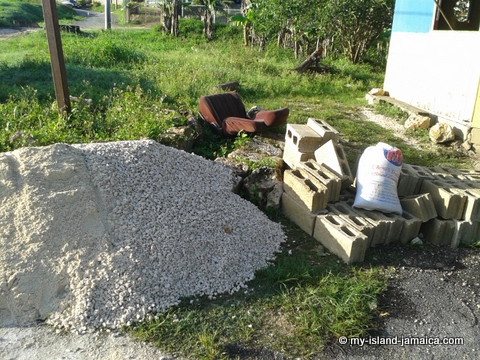 A number of community members joined in the effort and before long, not only was the structure up but the surrounding area was cut, raked and given a refreshing face lift. 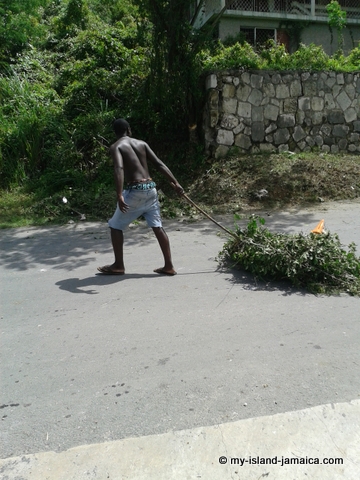 The rains came and halted the proceedings for the day (pretty early), but the team pledged to re-assemble and complete the work (completing the notice board, painting it as well as the entrance) during the week. 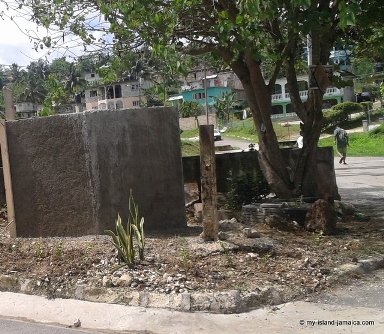 Community Notice Board - Work In Progress

The executive wish to thank everyone who made the event the success it had though, including all the members of the community who came out and gave their labour, tools, monetary contributions and encouragement.

Thank You was also extended 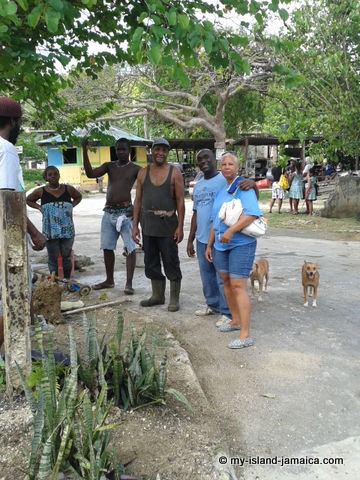 About Retirement And The CDC

Retirement is a part of the Granville Division in St. James, Jamaica.

The community has been challenged by low unemployment - projected at 60%, and poor infrastructure.

The Retirement CDC however, formed in February, has as its core objectives:

The association has already successfully hosted or collaborated with agencies on several projects, including skills training, business basics, and sports (cricket) development, but is eager to eager to do much more.

The Retirement CDC represents the sub-divisons of Gutters, Friendship, St. John and Retirement Phases 1, 2 and 3.

The institution is registered with the Jamaica Social Development Commission and currently in the process of positioning itself as a benevolent society.

For more information, please contact the Secretary at retirementcdc@gmail.com or call 876-379-4848.

They organization recently created a facebook page. You can visit it to learn more about the committee.

If you found this page useful, please consider subscribing to my weekly newsletter, My Island Jamaica Digest here. It tells you each week about the new information that I have added, including new developments and great stories from lovers of Jamaica!

P.S. Didn't find exactly what you were looking for? Still need help?

A patriotic Jamaican who adores his culture, Wellesley has been using this medium to share what he calls 'the uniqueness of Jamaica with the world' since April 2007.

His efforts have earned him featured positions in local publications, including the Jamaica Gleaner's Hospitality Jamaica, Carlong Publishers, as well as recognition from numerous prestigious international agencies and universities.  Read more about him here.

He invites you to join his friends list and stay updated on all the latest. You are also invited to join his exclusive patron community.