The Jamaican Military System
(Plus The Application Form) 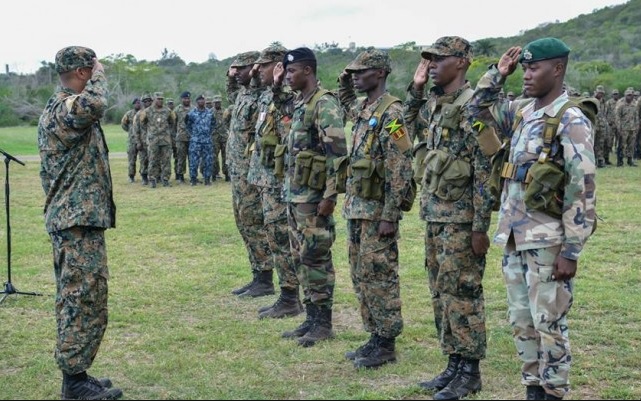 The Jamaican Military, known as The Jamaica Defence Force, was constituted in 1962. It was developed from the West India Regiment (WIR), a British colonial regiment which dates back to 1795.

That was the time the first West India Regiment was formed in the Windward Islands of the Eastern Caribbean.

By 1799, the number of battalions rose to twelve, with many being disbanded during the following century. 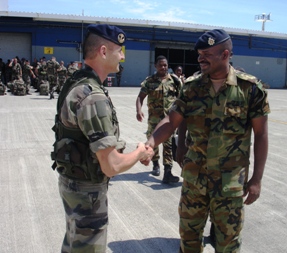 Troops for the WIR were recruited from freed slaves in North America, slaves purchased in the West Indies and slaves from Africa bought off slave ships.

To gauge the strength of the WIR, records tell us that in 1807, the British Parliament freed some 10,000 black slaves who were soldiers in the WIR.

The West Indies Regiment was used extensively by the British Empire in policing the empire from 1795 to 1926. Other units in the JDF heritage include the early colonial Jamaica Militia, the Kingston Infantry Volunteers of WWI and reorganized into the Jamaican Infantry Volunteers in World War II.

Today, The Jamaican Military comprises an infantry Regiment and Reserve Corps, an Air Wing, a Coast Guard fleet and a supporting Engineering Unit.

The Coast Guard is divided between sea-going crews and support crews. It conducts maritime safety and maritime law enforcement as well as defense-related operations. The support battalion contains a Military Police platoon as well as vehicle, armourers and supply units.

Their core responsibilities are:

In recent years the JDF has been called upon to assist the nation's police, the Jamaica Constabulary Force (JCF) in fighting drug smuggling and a rising crime rate which includes one of the highest murder rates in the world.

JDF units actively conduct armed patrols with the JCF in high-crime areas and known gang neighborhoods. There has been vocal controversy as well as support of this JDF role.

For more on the Jamaica military service, including career opportunities or general information, please visit their new website.

Pages Related To The Jamaican Military