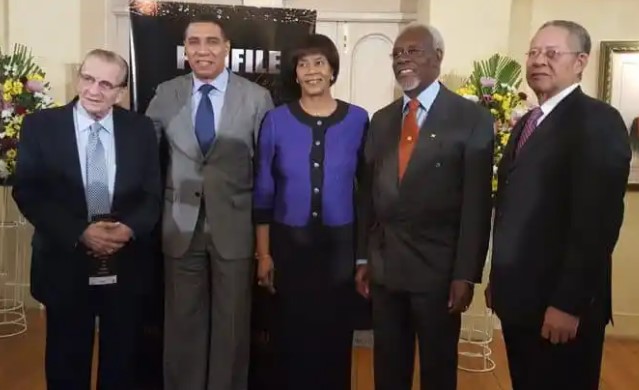 Since Jamaica started on the path of self-governance, we have had 9 Prime Ministers, here are the Jamaican Prime Ministers in the order in which they served. 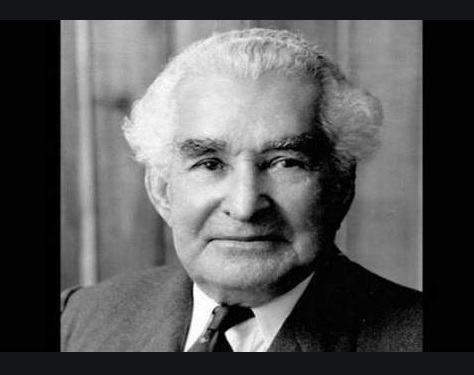 When the Union Jack was lowered and the new black, green and gold Jamaican flag was raised it also meant we would need a Jamaican as our new leader.

This leader would be Sir Alexander Bustamante, the founder and leader of the Jamaica Labour Party. He would lead from 1962 to 1967. The Hanover native was also the founder of the Bustamante Industrial Trade Union which is still a functioning organisation.

The Bustamante Hospital for Children and Port Bustamante is named in his honour.

While his cousin and fellow national hero Norman Manley was also instrumental in negotiating Jamaica’s independence from Britain and was actually the first Premier of Jamaica, he was never Prime Minister. 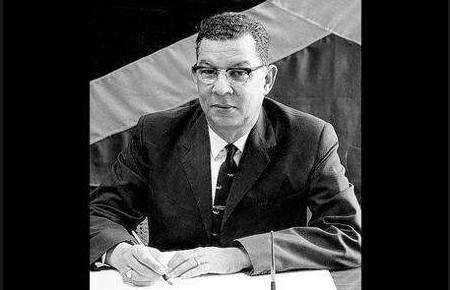 Sir Donald Burns Sangster was born in St. Elizabeth, the bread basket parish of the South Coast. When Sir Alexander Bustamante fell ill in 1964, Sangster took the reigns of the Jamaica Labour Party and the leadership of the country, as acting Prime Minister.

In the 1967 elections, he and the Jamaican Labour party were successful for another term in office. This made Donald Sangster our second Prime Minister and leader of the JLP, albeit a short turn at the helm.

Sir Donald Sangster suffered a Subarachnoid haemorrhage just a few weeks after being sworn in as Prime Minister. He died on April 5th, 1967, just after forming his cabinet, which makes him the shortest serving Prime Minister and the only Prime Minister to die while still holding office.

His image can be found on the Jamaican $100 note and the Sangster’s International Airport was also named in his honour. 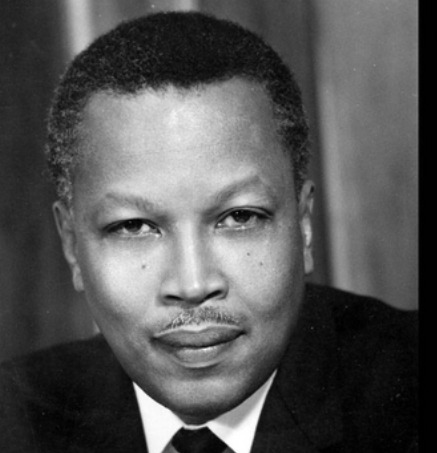 Following the untimely death of Sir Donald Sangster, Hugh Shearer, who had been a very active member of the JLP and the BITU was sworn in as Prime Minister of Jamaica. Just two years later, in 1969, he was appointed as a member of the Privy Council of England by Her Majesty Queen Elizabeth II.

Shearer would only serve one term as Prime Minister before losing to Micheal Norman Manley’s PNP. He was conferred with the honour of The Order of Jamaica on May 23, 1990, and the Order of the Nation on October 3, 2002.

He was also awarded a Doctor of Laws, by Howard University in 1968 and the University of the West Indies (UWI) in 1994.

The likeness of Mr Shearer is portrayed on the Jamaican $5,000 note, known locally as “the Shearer”. There is also the Hugh Shearer Building at the University of the West Indies named in his honour.

The Most Honourable Hugh Lawson Shearer, ON, OJ died on July 5th 2004. 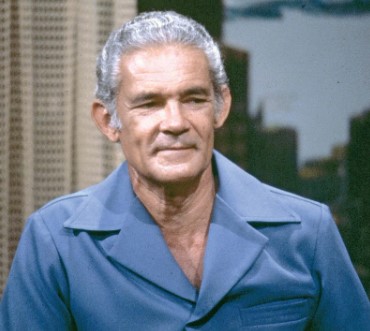 After winning both the 1976 and 1989 elections in Jamaica, Michael Norman Manley became the first Prime Minister to serve two separate times.

Known as the reformer, he often stressed the importance of national identity, and, has impacted the ideas of capitalist and socialist leaders with his advocacy of Democratic Socialism all over the world. His charisma makes him one of Jamaica’s most well-liked Prime Minsters even today.

Under his leadership, Jamaica established a minimum wage for all workers, free education was granted to all students from primary to tertiary studies and the Jamaica Movement for Advanced Literacy (JAMAL) today’s Jamaica Foundation for Lifelong Learning (JFLL).

Also, the voting age was lowered to 18 years and equal pay for women was introduced.

Maternity leave was introduced for pregnant mothers and illegitimacy for children born from unwed parents was outlawed.

The National Housing Trust was also established as a means to give lower-income Jamaicans access to owing their own home.

Seaga was the leader of the Jamaica Labour Party from 1974-until his retirement in 2005. He was also able to serve as a member of parliament for Western Kingston from his entrance into representational politics until his retirement.

Under his leadership, many undeveloped “ghetto” communities were reformed. Before he was Prime Minister, Seaga became the youngest nominee to the Legislative Council at 29 years old.

He served two consecutive terms as the Jamaican Prime Minister and spent the rest of his active political years as Leader of the Opposition.

Through his instrumentality, the HEART NSTA Trust, then known as HEART was created. 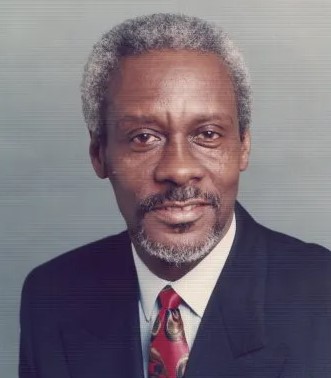 The Right Honourable Percival Noel James Patterson ON QC was Prime Minister of Jamaica from 1992 to 2005, which makes him the longest serving Prime Minister in Jamaica’s history.

During his time, he spearheaded the re-introduction of the National Youth Service and the creation of the Special Training and Empowerment Programme (STEP).

Even as early back as the 90s to 2000s Patterson recognised the importance of technology and encouraged the use of technology in all levels of schooling.

The Jamaica Drug for the Elderly programme was implemented by his government. This saw older Jamaicans being able to get vital medication for free or at subsidised costs. He was also a key contributor to the Caribbean Free Trade Area for CARICOM. 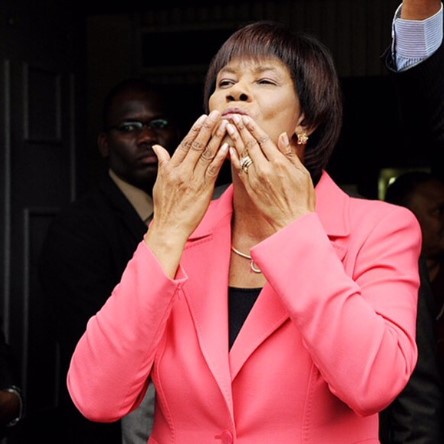 Affectionately called Mama P or Sista P, Mrs. Simpson-Miller is Jamaica’s first female Prime Minister. She contested the 1992 quest for the presidency of the PNP, but lost to PJ Patterson. She continued to serve in various capacities in the party and government as both a member of parliament, minister of government and deputy Prime Minister.

Portia Simpson was made president after Patterson retired and served as Prime Minister of Jamaica from 2005-2007 when she lost to Bruce Golding, the first JLP win in 18 years. She then returned to office in 2012 after beating Andrew Holness at the polls. This makes her the second Prime Minister in history to be reelected after losing an election, much like her mentor, Michael Manley.

The decriminalisation of Marijuana was also done in 2015, under the PNP government led by Simpson-Miller.

She retired from representational politics in 2017. 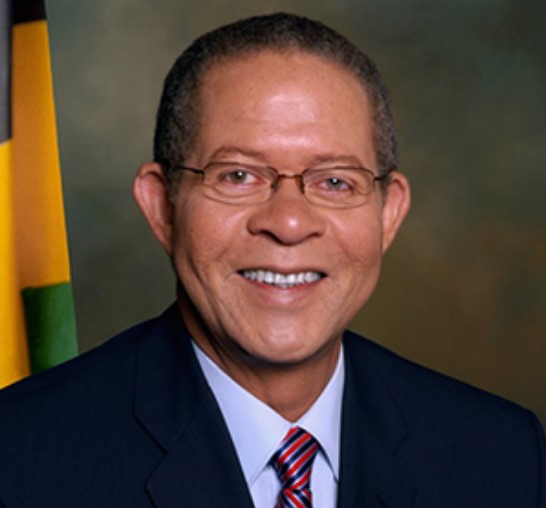 The Honourable Orette Bruce Golding served the JLP in multiple capacities from he joined the party at 21 until his retirement. He has served three constituencies, been the minister of multiple portfolios and served as chairman of the party.

In 1995, he resigned from the JLP and became founder and president of the National Democratic Movement where he stayed for a few years before returning to the JLP in 2002. He was elected to his previous role as chairman of the party and was also appointed Senator.

After the resignation of Edward Seaga, Bruce became president of the JLP and leader of the opposition from 2005-2007. Mr. Golding was the JLP representative to break the 18-year winning streak of their political nemesis the PNP after he beat Portia Simpson Miller at the 2007 polls.

The Most Honourable Andrew Holness 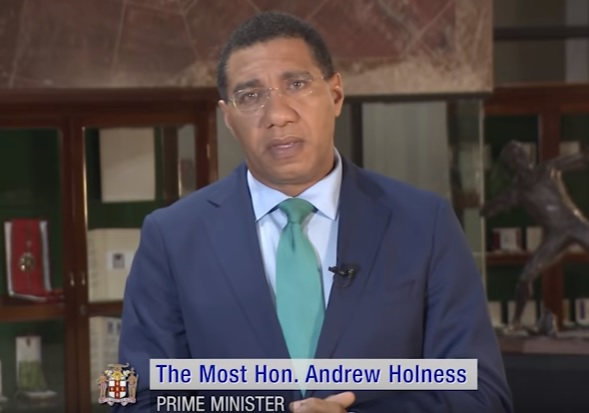 He became Prime Minister initially in 2011 following the retirement of Bruce Golding. He was only Prime Minister for a year before he lost to the PNP’s Portia Simpson Miller. He was still a member of parliament for his St. Andrew constituency, which he has represented since 1997.

His focus over the years has been on the areas of social welfare, community development, housing and education. However, his most notable years of service have been to Education after serving as both opposition spokesperson and Cabinet Minster of the portfolio.

Under his guidance, the Ministry of Education introduced several programmes to aid the process of learning including:

In 2016, he won against Portia Simpson Miller at the polls in the closest victory in Jamaican history, to return for yet another term as Prime Minister.

Dr. Peter Phillips would take over the presidency and leadership of the PNP and contest Holness and the 2020 polls. Holness won by a landslide which saw him returning for his third run as Prime Minister.

The combined achievements of our Prime Ministers continue to propel Jamaica towards its mission of being the place to live, work, raise families and do business.