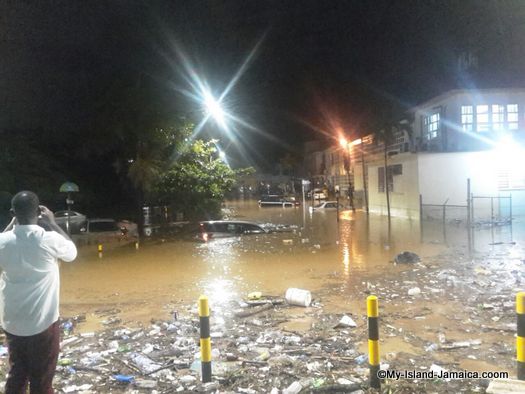 Did you see the pictures and videos in the media? (Short video below)

It was an evening of panic, fright and disbelief on Wednesday as citizens of Montego Bay and immediate environs rode what is considered, the worst flooding in the recent history of Montego Bay - and St. James, in general.

I was there - in the middle of downtown Montego Bay and experienced it first hand!

Not pretty I tell you!

We have been getting some rains over the last few days here in Jamaica, but according to the Meteorological service, what happened on Wednesday was significant in many respects - that four hours approximated to a full month of rain!

And as you'd expect, the city was never prepared for that!

Several of the adjoining communities were wrecked, and the crisis was compounded when the main bridge in the city, which ran from several intercity communities, was blocked by debris, including stones, tree trucks, equipment, and yes old cars!

That was in the vicinity of the Island Grill, Baywest Shopping Center area. 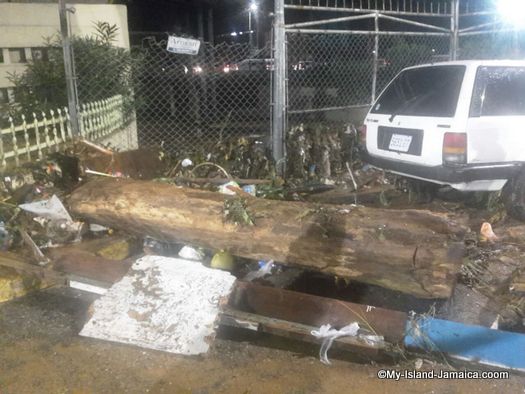 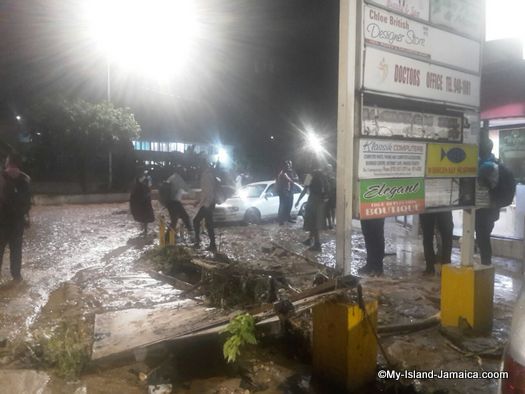 I saw a car submerging just behind the court house, occupants had to abandon quickly to safety.

But the devastation was all over the town, several businesses were inundated as owners and employees had to seek refuge upstairs or on top of buildings. Union Street, strand street and the Gully area were in chaos.

As I walked around afterward the major water receded, hopping debris and puddles of water, I recognized the choas, banks (including JNBS), haberdasheries, the shoe market, pharmacies were inundated. The doors of several businesses were blocked by large logs and other debris.

At the lower section of strand street I saw a myriad of grocery and haberdashery items in the middle of the street!

And scores of cars left useless, dressed in mud and debris. 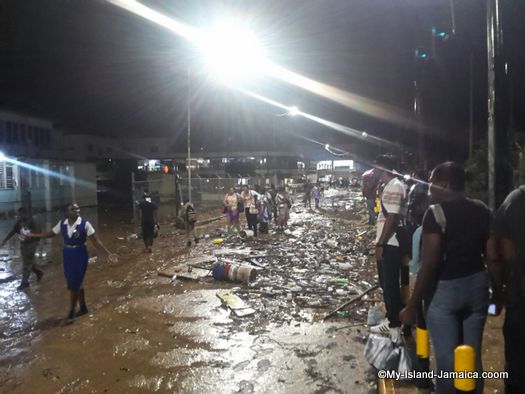 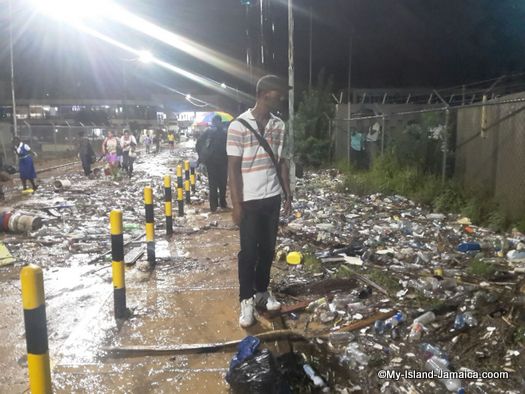 But disasters like this, brings out the best and worst of people, including Montegonions...

While there were others with devious plans, we also had heroes; there are reports of several rescue efforts - some amazing stories I tell you, including baby rescues. 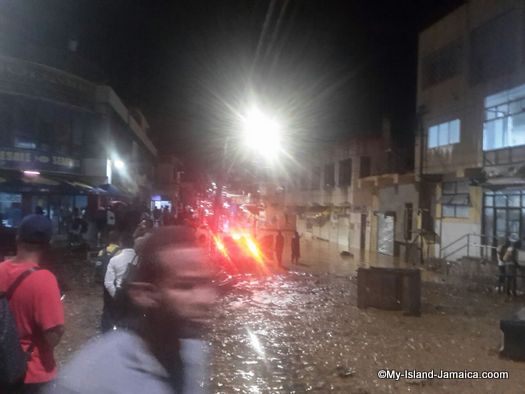 But you should hear the street talks afterwards!
From the cause of the flooding, to a debate on the extent of the damage (compared to other disasters)

I understand that there was one casualty, but I was not able to confirm. It could have been a lot more I tell you though, so we have so much to give God thanks for.

I also understand that the prime minister toured the affected areas the following day and has pledged support for the victims, communities and business communities.

Other business interests, including Sagicor, have also come forward to help.

But the Jamaican spirit was brought to the fore again and the restoration efforts began almost immediately afterwards. Most of the city is back up and the cleanup work continues.

It's a great lesson, I believe, for a city with its own social issues, but an important lesson for all of us.

In every thing though, we give thanks - it could have been a lot worse. 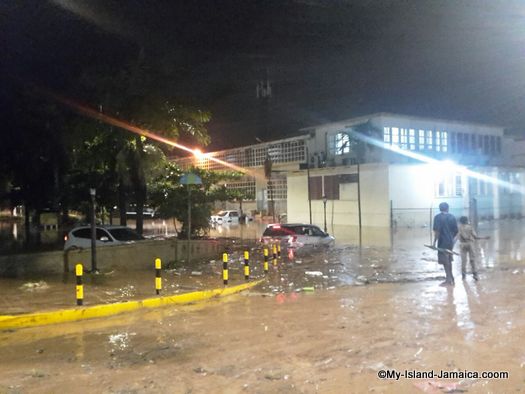 (Opens in a new window at Youtube.com)

Note: I welcome your comments here.


Regards,
W.G
Back To The Top Of This Page