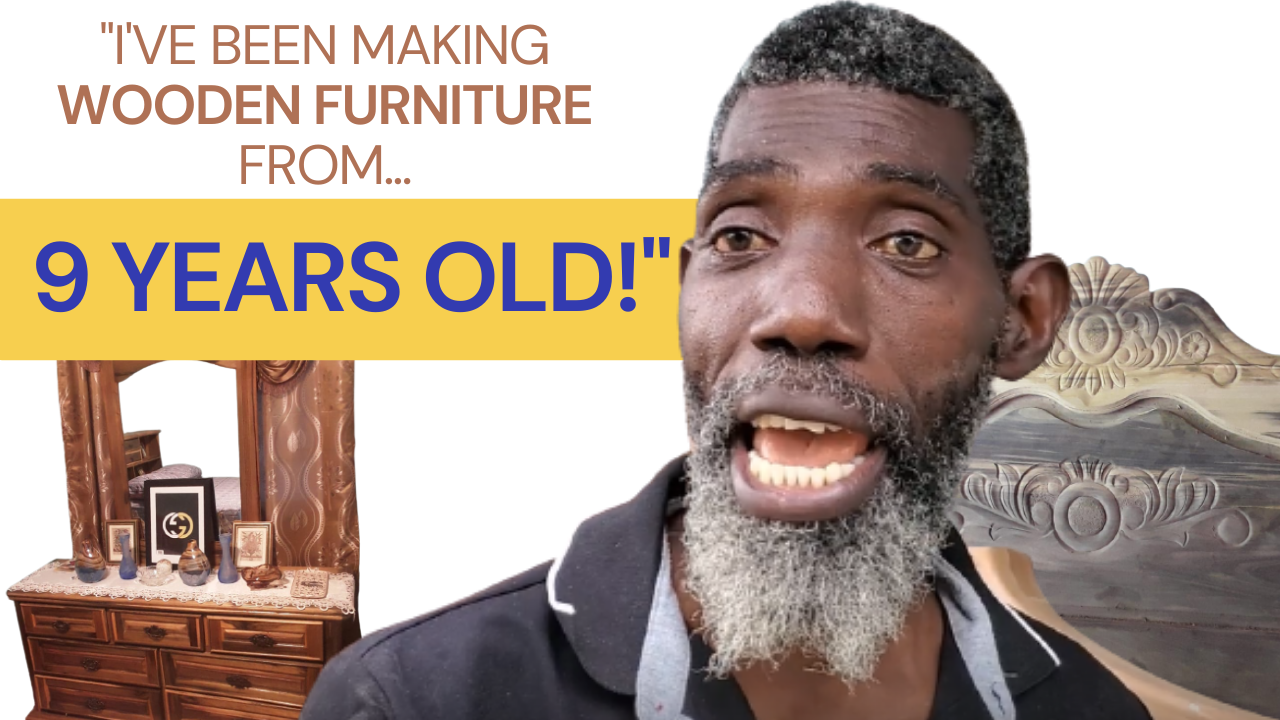 See Also: Key Tips to Rearing Rabbits in Jamaica - Shamari's Rabbitry Farm
The people of Jamaica are so naturally gifted. And not only that, but when it is combined with the hard work and drive of our people it is amazing! In my very own community of Springfield, St. Elizabeth is a woodworker I’ve always known. He’s highly recommended in the community for his skill in furniture making and general woodwork. Patrick Williams or Brother Scully as I know him, shared a little of his journey and now I’m sharing that with you.

Although he now resides in St. Elizabeth and has been for over 30 years, he was born and bred in Linstead, St. Catherine. It was in Linstead that his love for woodwork began and his skills developed under the watchful eye of his father who he described as “a father you would always want to be around”. At just nine years old he was already a businessman with his little furniture business.

He lamented, however, that nowadays the younger generation is not necessarily interested in manual jobs such as woodwork, tailoring and tanning (making leather). This he believes is due to the ready-made furniture stores which sell imported items. These items, he cautioned, are beautiful to look at but not as durable as locally made pieces. He expressed a willingness to teach anyone who desires to learn from him as this is a skill he would like to see go over into future generations.

Currently, under his employ, he has three people. What is most fascinating is that one of them is a woman! I was very impressed not just for his willingness to teach this skill to a woman, but just to know that a woman had the courage to engage in woodwork and furniture making, which is mainly done by males, was very inspirational. This isn’t strange for him though as both boys and girls learned equally from his father. He also added that women have an eye for design and more intricate details and so she really helps with the smooth finishing of the products he and the team produce.

Items Made At Mr Scully’s Workshop

At his workshop, Mr Scully makes:
The types of wood he mainly works with are Pimento, Guango, Tamarind, Pine, Spanish Elm and our national tree, The Blue Mahoe. He classified himself as a Guango Specialist however and said that the Guango and Tamarind wood were the best ones to make quality products that would last generations to come. Two things I learned that I had never heard before were that a door made from tamarind wood was naturally bulletproof and the Guango tree produces a chemical that rots nails and screws. I had no clue!

Mr Scully was quite proud of himself when he completed a flight of wooden stairs and heard the music (the sound of people going up and down the staircase) for the first time.

Mr Scully believes Jamaicans are what makes Jamaica special. As a Jamaican, I might be biased but it is hard not to agree. He describes us as loving, hospitable people despite the ongoing concerns with crime. Jamaicans are people who are supportive and helpful, even if you just had an altercation with someone, they will be at your aid as soon as you need it.

I also recommend you read, Furniture Stores In Jamaica.

Editor's Note
Share your comments here! We would love to know what you have to say.