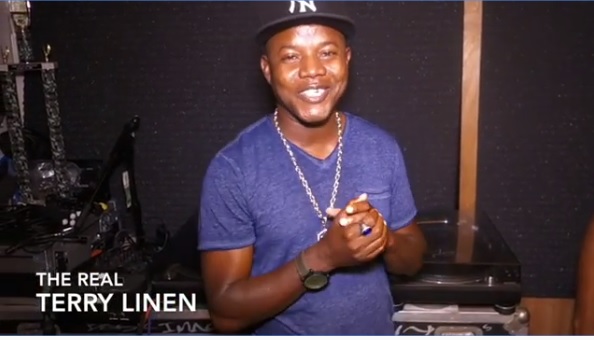 It was a actually a pleasant surprise for the patrons who came from all walks of life to this monthly cultural event as it was never published that he would be on the show.

The only hint that came from the emcee was that this person is a native of St. Elizabeth.

So when it was announced that he would be on next, you should have been there to see the rush to near center stage!

His distinctive voice captivated the audience. One first time visitor from Germany, clearly never hearing of him before, questioned who is this amazing talent!

He unleashed several of his top tracks including...

And of course, he had to inject a few covers for his idol, Garnett Silk.

He also did a sweet rendition of the much loved 'Cottage In Negril'.

He ended with 'Thank You Mama' after the patrons cried out for 'one more!'.

But just before, he wowed everyone with his latest single, No Longer A Slave To Fear, the cover of a popular gospel song.

As surprised and unprepared as I was, I manage to get the essence of his performance via YouTube live-stream. I have the recording too. Click the link below to watch.

As indicated above, Terry Linen is a native of the parish of St. Elizabeth, Jamaica. He actually grew up in the quaint community of Red Bank where he attended schools .

That name though is a pseudonym, likening him to his sound-alike and idol, Garnett Silk, another reggae superstar who died tragically.

According to LastFM, Terry Linen, whose given name is Kiplin Simpson, is one of Reggae's greatest talents to have emerged in this millennium!

From my count, he has close to 100 recording, including his original as well as covers!

In addition to the tracks above, other top tracks by Terry Linen's include:

You can read the rest of Terry Linen's bio here on Last FM. His IG handle is @terrylinenmusicofficial1

The monthly IRITS  (from the word Jamaican 'irie') is a monthly event, held at the Rastafari Indigenous Village in rural St. James that showcases talents and products from Jamaica and Rastafarian culture.

It is held the last Sunday of each month. A typically evening features product displays, art and craft, food, lectures and live performances.

You can read more about another of my recent trips there.