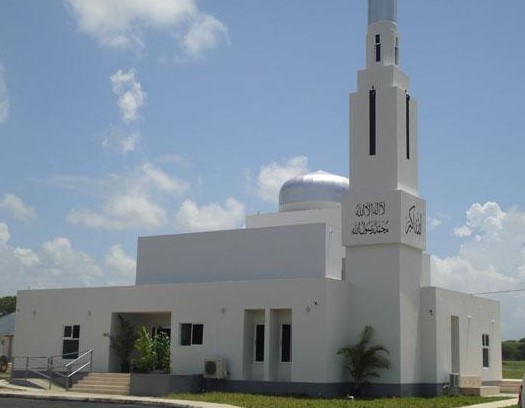 Jamaica is a primarily Christian country, and while Rastafarianism is one very influential religion that emerged here, it is only practised by a small percentage of Jamaicans. There are quite a few other religions practised in small numbers on the island as well and one of those religions is Islam.

Since the constitution of Jamaica is secular, Muslims are free to spread their religion and erect houses of worship here.

The first Muslims to come to Jamaica came as enslaved people in the transatlantic slave trade. Africa has a large Muslim population and some of these believers ended up in Jamaica and the rest of the Caribbean.

Other Muslim groups, which originated in Africa and the Indian subcontinent through the indentureship program, now about 5000 people, hold numerous festivals and mosques.

History of Muslims in Jamaica

West African Moors taken as prisoners and sold as slaves to traffickers before being transported to Jamaica on ships are considered to be the earliest Muslims. In their works from the late 18th and early 19th centuries, Bryan Edwards and Richard Robert Madden frequently discussed the plight of Muslim slaves in Jamaica.

Due to the forced blending of ethnic groups over time, the majority of them lost their Islamic identity. While employed as slaves on Jamaican plantations, Mu'minun of African heritage who belonged to the Islamic nations of Mandinka, Fula, Susu, Ashanti, and Hausa continuously attempted to uphold their Islamic customs in secrecy.

By the time the slaves were emancipated, a large portion of their old Muslim faith had vanished, and the freed slaves adopted the religion of their former masters.

While some Muslim slaves left for Africa or other parts of Latin America, others stayed in Jamaica and followed their religion covertly. These caused Islam outside of the Indian population in Jamaica to all but vanish.

Where can you find mosques in Jamaica?

There are a total of 16 mosques on the island. In addition to Spanish Town and Kingston, there are mosques in:

In Jamaica, there are numerous Islamic organisations as well, such as the Islamic Council of Jamaica, which was established in 1981, and the Islamic Education and Dawah Center. Both are situated in Kingston and provide classes in Islamic studies as well as communal daily prayers.

Masjid Al Haq in Mandeville, Masjid Al-Ihsan in Negril, Masjid-Al-Hikmah in Ocho Rios, the Port Maria Islamic Center in Saint Mary, and the Mahdi Mosque in Old Harbour are some of the organisations outside of Kingston.

The hub of the Muslim community on our island is the Islamic Council of Jamaica, which can be found in Kingston at 24 Camp Road. Every two months, there are gatherings for Muslims from throughout the nation.

These are the main Islamic Festivals practised by Jamaican Muslims:

While Muslims are not necessarily popular on the island, they are in most cases easily recognizable and are treated with respect. If you travel to Jamaica, the likelihood of you getting harassed for being Muslim is slim to none.

References & Sources For Are Jamaicans Muslim?

Your second block of text...