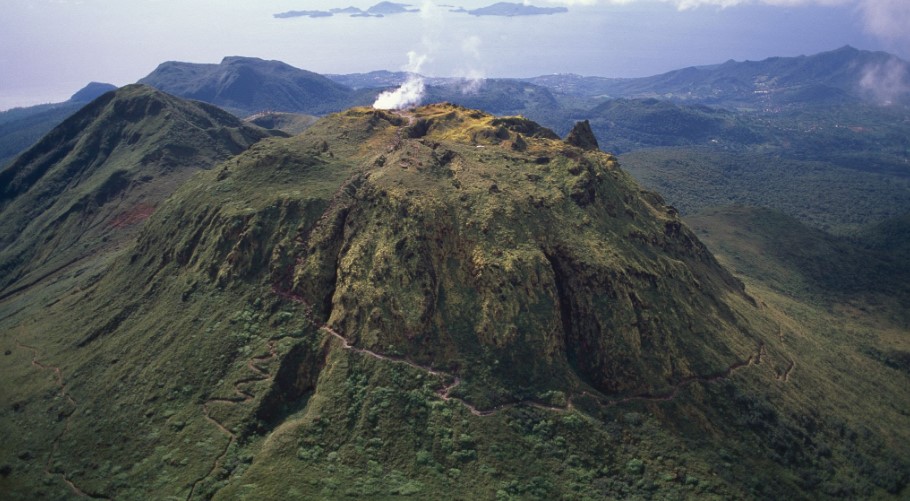 by Sheree-Anita Shearer | Associate Writer Are There Volcanoes in Jamaica?

Are There Volcanoes in Jamaica? A very valid question if you plan on vacationing in Jamaica. For some of us, it might be a safety precaution, being aware of all the possible dangers in a foreign country is a very smart move.
But, you might be among the daredevils who wish to climb up a volcano and you are just looking to see if Jamaica can fulfil something from your bucket list. Well, is there? Let’s find out.

Fortunately, (or unfortunately for a very select few), Jamaica does not have any active volcanoes on the island. Now, has there ever been a volcano in Jamaica is an entirely different question.

Scientists surmise that Jamaica was created over 40 million years ago by an underwater volcanic eruption. Jamaica is believed to be the product of prehistoric volcanoes.

The central ridge of the Blue and John Crow Mountains range comprises metamorphic rock that has pushed through surrounding limestone during the land ascent from the sea floor. But this isn’t the eruption I’m referring to.

Has a volcano ever erupted in Jamaica?

When is a volcano considered extinct?

Which Caribbean Countries Have Active Volcanoes?

You might have noticed that quite a few of the volcanoes in the Caribbean have the word Soufriere in their name. Soufriere is the French term for sulphur. All the countries with volcanoes named Soufriere were once French colonies.

If you are familiar with the Caribbean, you would have also noticed that most of the volcanoes are located in Eastern Caribbean countries. Most of the volcanoes in the area are all of the same type, Stratavolcanoes, except for St. Lucia’s Soufriere Volcanic Centre with is a Caldera volcano.

There are no volcanoes in Jamaica, so if that was your fear then you have nothing to worry about. But if you really want to visit a volcano, then you’ll have to visit one of the beautiful islands of the Eastern Caribbean.

References & Sources For Are There Volcanoes In Jamaica?