One thing is for sure and two things for certain, Jamaicans will have a celebration every chance they get and at every celebration, there will be a boatload of rum. So, here are the best Jamaican rum brands most popularly on the island. 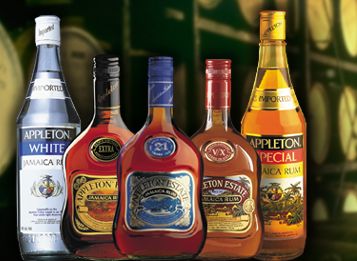 Appleton Estates is a benchmark when it comes to Jamaican rum because it is one of the oldest and most well-known sugar estates and brands. Since 1997, Joy Spence, a Master Distiller, has been in charge of the company, which follows the "cane-to-cocktail" philosophy.

Consequently, the brand is in charge of everything, from the on-site cultivation and harvesting of sugarcane to the rum's distillation, ageing, and blending. In addition to their namesake rum, Appleton Estates also sells aged rums that are 8, 12, 15, and 21 years old as well as occasional special edition blends. 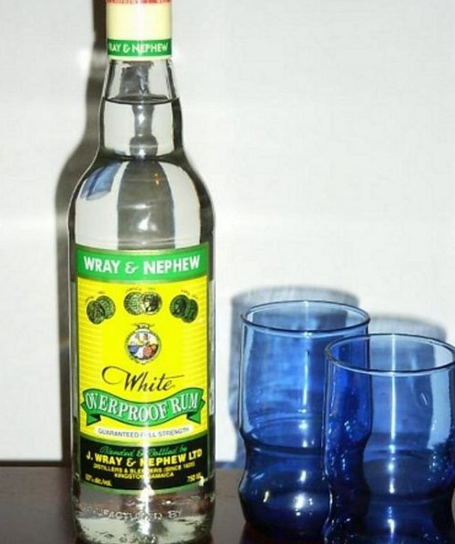 Wray & Nephew, a sibling brand of Appleton Estate, was founded in 1825 by John Wray, a bar owner and businessman, and was later expanded by his entrepreneur nephew Charles Ward.

Wray & Nephew produces the well-known Wray & Nephew White Overproof Rum, which is the most well-liked rum in Jamaica. This overproof white rum is typically paired with either water or grapefruit soda (Ting), Pepsi or fruit juice. It has an astonishing 63 per cent alcohol content.

Rum-Bar was founded in 2007 and is made by Worthy Park Estate in Jamaica's Saint Catherine Parish. The company sells three varieties of rum:

All three are made in Scottish copper pot stills. To further soften out the rum's apple and banana tastes with undertones of vanilla, the Gold Overproof is matured for at least four years in bourbon barrels.

For a sweet treat, you can also try their Rum cream.

Monymusk rums are made at Clarendon distillery, a sizable, contemporary distillery that is also partially owned by Captain Morgan's parent firm. It is operated by the National Rums of Jamaica, a joint venture between a division of the Jamaican government and two private businesses.

Sazerac Company now owns Myers's, which takes pride in using only Jamaican molasses to make its rum, which is then fermented, distilled, and aged in white oak barrels. The more well-known of the two rums produced by this company is Myers's Original Dark (the other being Platinum White rum). The dark rum has hints of caramel, honey, and dark chocolate.

Blackwell Rum, created by Chris Blackwell of Island Records fame, is distilled, blended, and bottled in the form of an old family rum recipe by Wray & Nephew. Their Black Gold Fine Jamaican Rum has flavours of sweet caramel, tropical fruits, molasses, and spice.

Ed Hamilton, rum importer, author, and webmaster of Minister of Rum is the creator of Hamilton Rum, which is also distilled in Worthy Park. Apart from the Hamilton rum line are three Jamaican rums:

They were created after consulting bartenders, bar owners, and liquor shop owners around the US. Hamilton also makes its rum and imports it from all around the Caribbean.

Hampden Estate's rums have a particularly funky flavour because of their high quantities of esters, which are a chemical product of the fermentation process and are produced using wild fermentation, natural spring water, and pot stills.

The Hampden Estate Pure Single, an 84-proof rum with flavours of practically overripe tropical fruits, smoke, and spices, is the company's flagship product. If you're feeling ambitious, try the company's 60% ABV Overproof variation, which has potent cherry, oak, and spice flavours.

Not sure how to choose? Well, you can always try them all.