Caves In Jamaica
The Grandest, Interesting & Most Fascinating! 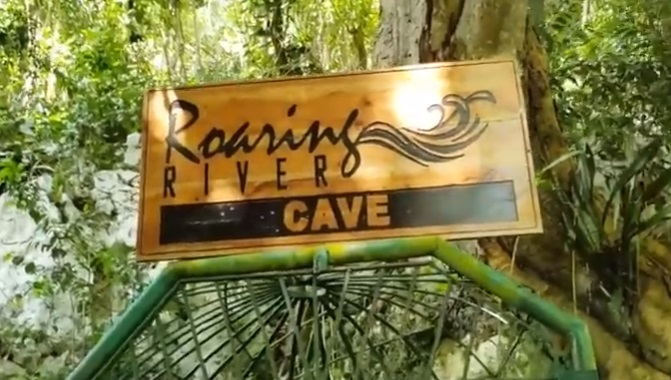 Jamaica is home to over 1200 caves, amazing! What is this history behind them? Which are the most significant? And which should you know about? I take a quick look now.

According to Senior, in her book, Encyclopedia of Jamaican Heritage, more than 1200 caves and shafts are documented in Jamaica but there are many more to be discovered.

It is believed that most of Jamaica's water flows via these systems underground. And they are not just just significant beacaue of that, they have produced great scientific information.

For example, in 1920 the fossil remains of a specie of Jamaican Monkey, called Xenothrix mcgregori, was discovered in one of our caves! It was unfortunate that, it is believed, they became extinct after the arrival of the Europeans. They also found remains of a flightless ibis called, Xenicibis xympithecus.

Much of this information, as well as enlightening new data, can be found in Alan G. Fincham's book, Jamaica Underground: The Caves, Sinkholes and Underground Rivers of the Island. I understand that he and his team also maintain a database of Jamaican Caves. You can see the listing here.

The longest known river cave in Jamaica is the Gourie Cave near to Dump in Manchester. So far, over 3,505 meters have been measured!

The caves that are considered the tallest in Jamaica include the Mount Rosanna, which is 1,200 meters.

The two most outstanding sea level caves are the Portland Ridge and the Jackson's Bay Caves, both the parish of Clarendon.

The Jackson's Bay Caves, by the way, are said to be the most alluring by cave enthusiasts!
It is said that just about 7 and a quarter kilometers have so far have been explored! In addition to nine entrances that leads to a labyrinth of chambers, it has some of the most breathtaking formations.

It also has immense caverns with captivating flow-stones.
It is in these caves that the cave explorers located the remains of pre-historic fossil primates! Taino carvings are also clearly evident at the entrances!

Historical Significance Of The Caves

Starting with the Tainos, Jamaican Caves served as special ceremonial and burial sites for the Tainos. And this is evident based on the rock carvings and paintings that can still be seen in some of them.

Two of these caves are the Pantrepant in Trelawny and the Mountain River Cave in St Catherine.

Later, the caves in Jamaica were used as churches, secretly by the missionaries and slaves/ maroons at the time when the meetings were condemned or illegal.

It is also believed that (later), the Buccaneers and pirates in Jamaica used the caves near the coast of Jamaica to stash away their loot.

For example, it is said that a cave in the Port Henderson area, that is associated with Henry Morgan, the buccaneers, used it to hide men and loot.

It is also believed that the first Europeans to capture Jamaica, the Spaniards, hid their treasure in caves before leaving the island after it was captured by the British.


Other Uses Of The Caves In Jamaica

Other caves in Jamaica have been known for its fertilizer guano that builds up after centuries of occupation by BATS. One of such is at Cousin’s Cove at Green Island in Hanover.

More recently, it is widely believed that caves have also been secretly used by marijuana producers for temporary shelter and storage of crops and also for the rich guano fertilizer from the bats.

And just before I close, here's an captivating video of my recent Cave exploration. Take a look!

Other Pages Related To Caves In Jamaica

References To Caves In Jamaica