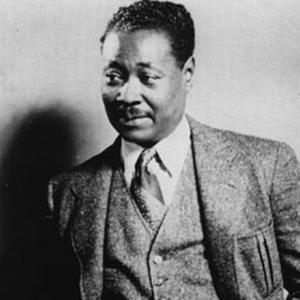 I took great pride in writing this article on Claude Mckay, not only because he is a world famous Jamaican, but because I can relate to his humble beginnings.

Born in James Hill, Clarendon on 15th September, 1889, he began writing poetry as a schoolboy. He worked as a policeman in Spanish Town and when he was twenty-two had his first volume of poems, Songs of Jamaica (1912) published.

In 1912 McKay moved to the United States where he attended Tuskegee Institute in Alabama and Kansas State University. He continued to write poetry and in 1918 his work was praised by both Frank Harris and Max Eastman. The following year, his poem, If We Must Die, was published in Eastman's journal, The Liberator.

Frank Harris encouraged McKay to obtain writing experience in England. In 1919, McKay travelled to England where he met George Bernard Shaw who introduced him to influential left-wing figures in journalism.

This included Sylvia Pankhurst, who recruited him to write for her trade union journal, Workers' Dreadnought. While in London McKay read the works of Karl Marx and becomes a committed socialist.

In 1921 McKay returned to New York and became associate editor of The Liberator. Over the next year the journal published articles by McKay such as How Black Sees Green and Red and He Who Gets Slapped. He also published his best known volume of verse, Harlem Shadows (1922).

In 1922 McKay went to Third International in Moscow where he represented the American Workers Party. He stayed in Europe where he wrote Trial by Lynching: Stories About Negro Life in America (1925) and Home to Harlem (1928), a novel about a disillusioned black soldier in the US Army who returns from the Western Front to live in a black ghetto; which incidentally was the most popular by a black American.

McKay gradually lost faith in communism and returned to the United States in 1934. Employment was difficult to find and for a while he worked for the Federal Writers' Project. McKay's published work during this period included his autobiography, A Long Way From Home (1937) and Harlem: Negro Metropolis (1940).

Unable to make a living from writing, McKay found work in a shipbuilding yard. In 1943 he suffers a stroke and the following year was baptized into the Roman Catholic faith.

Three of his selected quotes includes:

For an even more detailed biography of this famous Jamaican, visit this Wikipedia webpage.

Here too are some of his most adored poems courtesy of PoemHunter.com.