How Did Mento Begin In Jamaica? 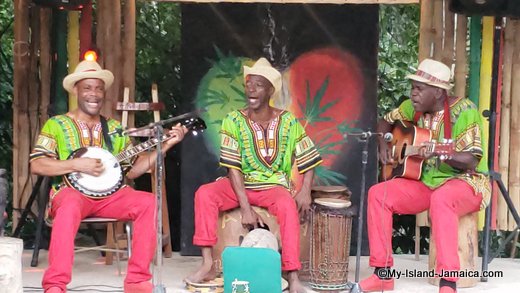 The Yardy Vibes Mento Band At IRITS | How Did Mento Begin?

Although reggae music is the heartbeat of Jamaica, you are likely to first see a mento band on arrival here, why so?

I already wrote an extensive article here, capturing what I call, its Influence and Instruments. If not yet seen, click here to review that article.

Today, I'll look from another angle, addressing the question of How did Mento begin?

How Did Mento Began?

Although peaking between the 1940's and 1950's Jamaica's Mento music is an early 19th century musical form that has its roots in both European and African antecedents.

Mento began even earlier though when slaves performed this blend of quadrille and Afro-Jamaican rhythms to entertain their masters, often getting special rewards.

It's 3:3:2 dance pattern, which originated in West Africa resembles dance forms from other Caribbean countries, including Goombay in the Bahamas, Calypso from the Eastern Caribbean, the Dominican Republic's Merengue and Puerto Rico's Bomba.

A typical band is five musicians performing on fiddle or violin, banjo, fife, shakers and a vocalist who doubled on guitar or one of the earlier mentioned instruments.

By the early 1900's, the rumba box was introduced by Jamaican workers returning from reaping sugar cane on Cuban plantations.

Mento is said to have reached its highest popularity in the 1950's with stars like Harold Richardson and the Ticklers, Lord Fly, Count Lasher, and Lord Flea, its biggest stars.

Another such star was Sugar Belly a unique musician playing a homemade bamboo saxophone who lasted well into the seventies doing studio recordings and performing in stage shows and festivals.

Many, especially in rural areas of Jamaica, also performed in communities where bands played at wakes and nine nights for the bereaved family and friends of their recently deceased loved ones. This light-hearted Jamaican music re-emerged within the last few years as an addition to Jamaica’s musical export.

Some of the most popular mento songs include:

Often confused for and referred to as calypso, Jamaican mento continues to be popular among eclectic music connoisseurs and foreigners, especially Europeans, for its humor, social commentary and suggestiveness.

Notable performers in this unique music genre includes the.

Other Pages Related To How Did Mento Begin?