Jamaican Islands
Is Jamaica More Than One Island? 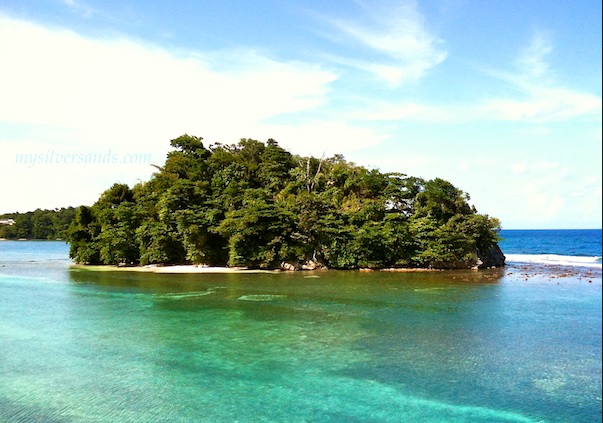 You might have had the impression that Jamaica is only one island. Don’t worry about it too much, many people, including Jamaicans, are not even aware of this either. But the truth is, at least 28 islands (including mainland Jamaica), are in the Jamaican archipelago.

Although most of them are inhabited by animals, they are islands nonetheless. Even these smaller islands that could hold none but 5 people are of great importance to the biodiversity of the Caribbean.

Many migrant birds, fish and sea mammals head to these islands during winter and make it their temporary home. but don't let the size trick you, they all hold.

Just how did these islands become territories of Jamaica?

Through the Exclusive Economic Zone and the Maritime Areas Act, our local laws established in 1991 and 1996 respectively, there is an imaginary boundary that extends 200 miles outward from mainland Jamaica which belongs to our country.

Navy Island, Booby Cays, Port Royal Cays, Pedro Cays, Cabarita Island, Morant Cays, the Goat Islands and Needles are just a few names of the many offshore lands that lie within our boundaries.

Here are 10 of the most well-known Jamaican Islands and what they are used for.

Pedro Bank was originally called La Vibora (the Viper) by the Spanish because the reefs, rocks and shoals loosely resemble a gigantic sea serpent. It is the first of two offshore island groups in the Jamaican Archapeligo, the second being the Morant Cays.

Being from St. Elizabeth, it isn’t uncommon for people to head out to Pedro Bank to fish a practice which started in the 1920s. Fishermen often head out to the banks for days or weeks before returning to Jamaica to sell their catch.

Before it was a fisherman's island, the Europeans used it as a shipping passage in the 17th century. The large bank of sand and coral is located 80km away from Jamaica.

The Pedro Bank is the largest harvesting ground for Queen Conch in the Caribbean.

Although well known now, it wasn’t until 2013 that most Jamaicans became aware of the Goat Islands. At that time, there were talks of making Goat Islands a logistics hub but there was pushback from Environmental societies to leave the island untouched to preserve its biodiversity.

However, all plans to create the logistics hub have been abandoned today. The Urban Development Corporation decided to establish the Goat Islands and the entire Portland Bight Protected Area as a wildlife sanctuary for endemic and endangered species.

Yes, it is a part of the Goat island chain of islands but, it is currently owned by the United States who entered a 99-year lease with the United Kingdom in 1940. It was once used as a seaplane base which we have now abandoned.

Off the coast of St. Thomas, about 51 kilometres from Morant Point you will find the Morant Cays. Morant Bank is the most notable island in the chain at 7 km long. Similarly to the Pedro Cays, it is mainly visited by fishermen, seabirds and nesting turtles.

Morant Cays have not always been a part of Jamaica, it was annexed from the United Kingdom in 1862 but did not become a part of Jamaica until 1882.
Guano and seabird eggs are often collected.

If you love snorkelling, then the powdery white sands of Pigeon Island have your name written on them. It has a very active ecosystem, with turtles, fish of all kinds and even sightings of the Blacktip Reef Shark.

The Royal Jamaica Yacht Club often heads over to Pigeon Island for beach lyme quite often.

Originally called Lynch’s Island, this island off the coast of Portland was once the playground of the rich and famous. Errol Flynn, who owned the Navy Island, and his friends, often made the star-studded guest list during the golden age of Hollywood.

The name “Navy Island” came from the Royal Navy using it as a gun battery at the eastern end to complement the fort built on Mainland Jamaica.

The reefs of Emerald Island have been the home to many fish, turtles and crustaceans, a fisherman’s paradise. Anglers from all over the world head to Emerald Island for this same reason and it is known as one of the best fishing experiences in the Western Hemisphere.

Names of All The Islands Surrounding Jamaica

Now, there is, even more, to see and do on the islands of Jamaica!