Here's A Treat For You...
5 Facts On Jamaica 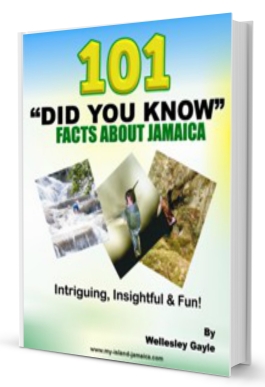 If you were searching for 5 facts on Jamaica, you are in luck!
Its a treat for you :-) But seriously though, it is quite insightful information about Jamaica.

No you can impress your friends with the knowledge :-)
Here you go!

Port Royal, Jamaica - Once The Wickedest Place on Earth!

During the 17th Century, Port Royal was the shipping commerce hub and mecca of Jamaica. It was noted for it's wealthy lifestyle displays and little regard to morals.

Not surprisingly, it was also a popular place for pirates to bring and spend their treasure.

It is said that the British, during this time, actively enticed the Buccaneers to attack the Spanish and French shipping. It was around this time that Port Royal, here in Jamaica, was labeled as the Wickedest Place on Earth!

You can read more about Port Royal here.

Jamaica was the first colony England acquired by conquest. This was in the year 1655 when the Spanish were driven from the island.

From this time to 1661 the island was under military rule, in pretty much the same way that England was ruled by Cromwell.

You can read more about Jamaica's history here.

...towering at 7,402 feet above sea level. On a clear day with clear skies, the outline of Cuba can be seen clearly from there.

According to TripAdvisor.com, the blue Mountains in Jamaica is a hiker's and camper's paradise!. You have to see it to believe it.

If you visit Jamaica, the Blue Mountains is a must see. The famous Jamaican Blue Mountain Coffee is cultivated on the lower slopes. 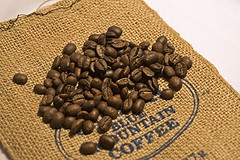 Jamaica was the first British colonial territory to establish a postal service. This was in in the year 1688.

And now with the existence of numerous small villages and settlements connected by a complex road network, over 4,000 postal cancellations representing some 900+ postal agencies, offices and services are currently known.

Read more about the early history of Jamaica here.

Seville - The First Capital Of Jamaica

Seville in St. Ann was the first capital of Jamaica. This title was transferred to Sante Jago De La Vega- now known as Spanish Town, and then finally to (the now) Kingston, which happened in 1872.

Seville is the site of the town of Maima, which was established by the Tainos, the first inhabitants of Jamaica. It is reported that on the evening of May 5, 1494, Christopher Columbus, the Spanish explorer, landed at Seville and became the first European to tread upon Jamaican soil.

The Seville Heritage Park located just outside the parish capital of St. Ann's Bay and seven miles from the tourist mecca, Ocho Rios provides an insightful exhibition of artifacts.

Read more about the current capital of Jamaica here.

and a BONUS one!

Jamaica has one of the oldest Jewish cemeteries in the Western Hemisphere!

It was founded by the Jews of Port Royal in the latter part of the seventeenth century when a Jewish community flourished there. Those buried in the cemetery were brought by rowing boats from Port Royal.

This old Jewish Cemetery is located at 1 Hunt's Bay in St. Andrew. The Jamaica National Heritage Trust rightfully declared it a national monument on July 15, 1993.

See also:  16 Fun Facts About Jamaica - How Much Did You Know?

Pages Related To 5 Facts On Jamaica

And here are some interesting pages you don't want to miss.

Back to Top of 5 facts on Jamaica.

FacebookTwitterPinterestTumblrRedditWhatsApp
Back To The Top Of This Page