Are There Pirates In Jamaica? 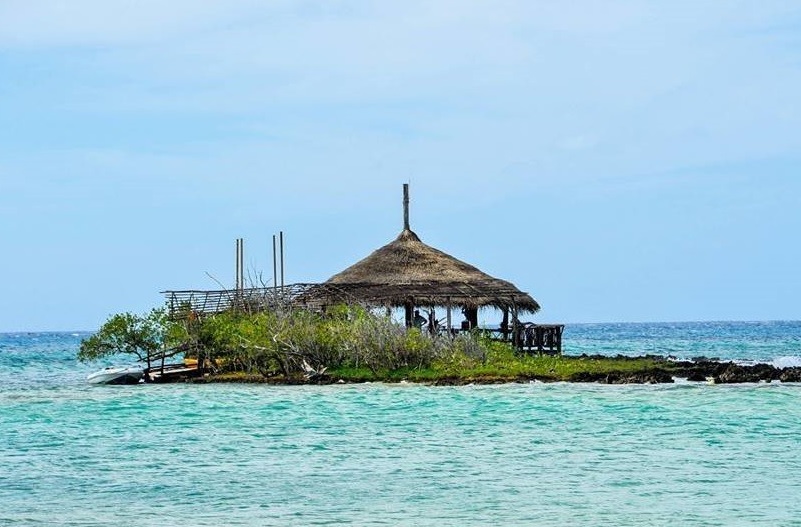 Jamaica is now known for its stunning coastline, often scattered with luxury resorts and entertainment spots, delicious food, scintillating music, and hilltop and country adventures in the rural parts of the island. While these are now the main attraction, if we were to travel a couple hundred years back, Jamaica then was much different. And no, not for slavery itself this time, but a bi-product of colonialization: Piracy.

Jamaica was home at one point or the other to some of the most infamous pirates in the world. While they were pretty common in the coastline towns of Boston Bay, Portland, Negril, Westmoreland, Round Hill, St. James and Ocho Rios, St. Ann, it is Port Royal that bears the title of the wickedest city on earth, a name it was christened with because of the countless illegal activities that were just a part of normal life.

It was a pirate's version of heaven. It is said that 25% of Port Royal was either a brothel or a tavern, which goes to show exactly what their priorities were.

After the British captured the country from the Spanish, they made a deal with the buccaneers to protect their naval base in Port Royal from the Spanish and they would be able to carry out their activities as they wished.

There was even a special pirates licence and persons with this could loot to the heart's content, especially if it was a Spanish boat laden with priceless

Port Royal was their base even after the devastating, some would say God ordained, earthquake of 1692 but, after fires and other earthquakes the city was abandoned and the naval base moved to Kingston.

Port Royal encapsulates so much history and mystery, it deserves its own piece. Well this is about the famous names we hear so much in piracy history and just how important Jamaica was for their “business”. 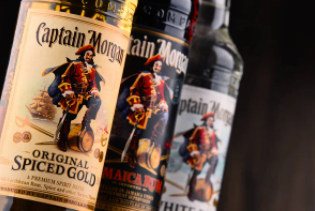 With countless books, movies and video games inspired by the famed pirate, there is hardly anyone who does not know who he is. Since he chose Jamaica as his home however, there is a lot more information about his life here. There is some belief that he worked on a plantation before he became a seaman and there might be some truth in it as he owned plantations as well, although that wasn’t uncommon in those days.

Sir Henry Morgan is one of the most popular pirates and definitely the pirate with the most historical presence in Jamaican culture. A privateer is a distinction made between pirates and those given a marque (special piracy licence) by the government to rob the ships of enemy countries (in this case, Spain) in times of war.

Sir Henry Morgan was also an admiral in the Brethren of the Coast and the governor at the time, and a friend of Henry, Sir Thomas Modyford gave him a marque and issued word that they were welcomed to Port Royal. This was a strategy to scare the French and Spaniards to not attack Port Royal.

Captain Morgan did great work for Britain by pillaging the Spanish colonies in the Caribbean and the ships filled with valuables which made Morgan and his men very rich. Relations with England and Spain were fickle and Henry raided Panama during a time of peace between both countries.

He was subsequently arrested and brought to London supposedly to be tried. Instead he was given a hero’s welcome, pardoned, knighted and sent back to Jamaica as lieutenant general of Port Royal in 1675.

Now Sir Henry Morgan, he made even more forts and added guns to the defence of Port Royal against attacks. Although he was no longer a “pirate”, he maintained close relations with his counterparts.

When piracy was outlawed in Jamaica, he was instrumental in directing pirates to other pirate cities in the Caribbean to receive marques for them to be able to operate freely. Always the business man, he received a percentage from these referrals.

Henry’s wealth also came from his 3 plantations in Jamaica and the investments he made into ships.

Captain Morgan eventually died on his Lawrencefield Estate in Port Maria, St. Mary in 1688.His body was brought back to Port Royal and buried in the church cemetery but it eventually washed away in the earthquake and tsunami of 1692. All his riches were left to his wife and should be given to his nephews after her death, on the condition that they change their family name to Morgan.

The famous Captain Morgan Rum bears the name and likeness of Sir Morgan on the label.

Born John Rackham, he was given the name "Calico'' for his outlandish dressing and Jack is simply the English nickname for a person named John. His career as a seaman began on Charles Vane’s ship as the quartermaster.

But, after an act of cowardice, in Jack’s opinion, Vane was booted from his ship and Calico Jack took the reins. Calico Jack became a well-known pirate and he and his crew began to raid ships in the Caribbean. After being pardoned, he settled in New Providence, Bahamas and stopped pirating for a while.

However, in short order, he voided his pardon by stealing a ship, running off to Jamaica, and began terrorizing the coast just outside Negril. After a successful raid one October, they were docking in Negril as they usually do.

Only this time a gun went off which alerted the authorities. They came to investigate and a battle broke out between the crew and the police.

Calico's crew were outnumbered as many were drunk. They were eventually captured and brought to St. Jago De La Vega (now Spanish Town) to be tried and hanged. Jack was hanged in 1720 and his body was placed in Port Royal at Rackham Cay, as a warning to other buccaneers.

Both women were a part of Calico Jack’s crew, Anne rumoured to be his mistress. It is unclear whether the rest of the crew knew they were women but Anne and Mary knew each other’s secret.

Both women were known for their ruthless fighting, which carried through until the very second before they were captured. They fought the police even after the men had surrendered and Mary specifically shot one of her crew mates when she realised that fact.

They were taken to the court in what is now Spanish Town along with the rest of the crew and were tried. While the others were hanged, the women were spared after it was found out they were women and they were both pregnant.

Both women were to be executed after their pregnancies but Mary did not survive and died of a fever in prison. Her death records show that she was buried in St. Catherine, Jamaica. Anne Bonny however, has no documents to prove a  release or death, she simply disappeared.

With disappearance comes speculation and there are many theories as to what happened to Anne. One is that her rich father paid for her release and she relocated to England, others say she fled to Cuba where she had her baby. No one knows whether this is true or not.

So are there pirates in Jamaica? Yes there were but not anymore. Jamaica, though far from its history as the centre of the golden era of piracy still has names and buildings that give us glimpses of what life was like when Captain Morgan was governor.

References & Sources For Pirates In Jamaica