Historical Sites In Portland Jamaica
10 Places You Should Visit 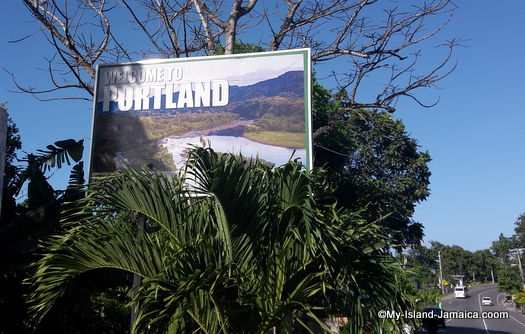 Jamaica has a rich culture and heritage. It is what attracts people from all over the to visit this relatively small island in the Caribbean (along with our beautiful shores and warm friendly people of course).

It doesn’t quite matter where on the island you visit because there are major historical landmarks in every parish in Jamaica.

One of these gems is the parish of Portland. Portland attracts visitors (limited they may) from all over the globe and is a regular road trip destination for many locals because of hotspots like Boston Jerk, rafting on the Rio Grande River, or climbing to the peak of the Blue Mountains. Not to mention the beaches, falls and celebrity level amenities in the parish.

Outside of that, the parish is actually quite rich in heritage, with quite a few historical landmarks. So, if visiting the east side is on your bucket list of things to do, make the best of it and visit these 10 historical sites in Portland Jamaica while you are there.

So we all know that Jamaica has 14 parishes right? But what many don’t know is that we originally had 22. The St. George’s Anglican Church was the parish church for the parish of St. George. It was built in 1814 and made from cut stones that were originally ballasted in ships from England. The church has a tall castellated clock tower, whose base is actually the church’s panel door entrance. You will also find beautiful stained glass windows throughout the church.

Sir John Peter Grant who was the governor of the island in 1867 made the decision to reduce Jamaica from 22 parishes to 14, so a portion of St. George became a part of Buff Bay, Portland.

Having been built over 200 years ago, St. George's is among the oldest historical sites in Portland Jamaica and stands as the oldest of all the historical buildings in Buff Bay, where it is located.

Located in Port Antonio, the capital of Portland, Folly Point Lighthouse was built in 1888. It is made of brick, is fireproof, also has a gallery and is surrounded by well-manicured gardens. It flashes a solar-powered white light every 8 seconds for 2 seconds, that is visible from a distance of 13 miles.

If you would like to see different buildings representing major development in Jamaica, the Titchfield Peninsula is a great place to start. The buildings there represent mostly Jamaican Vernacular, but also Georgian, Victorian New England, Cape Cod Victorian and Victorian styles. This peninsula is what separates the east and west harbours and was the first place to be settled by the English. In April 1998, it was appointed as protected national heritage by the Jamaica National Heritage Trust.

The maroons were the first group of black people to gain recognized freedom after Nanny’s brother, Cudjoe signed a Peace Treaty with the British in 1739. The Moore town maroons were then split in two after Nanny of the Maroons also signed a peace treaty with the British, half moving away with her brother Quao and the other half with her to where was once called Nanny town but has been renamed as Moore Town.

One of the conditions of the treaty was to have a white superintendent placed in each town to garner a good relationship between the maroons and the British. One such famous superintendent was Lt. George Fuller who later on got married to Maroon girl. Moore town is now governed by a colonel, Colonel Sterling, a title passed down through ancestry.

Built in 1881 by Hon. David Gideon (Custos of Portland in 1923), the DeMontevin Lodge is an old victorian style building that now operates as a guesthouse. Over the years, it has seen visits from highly distinguished individuals such Elizabeth Bowes-Lyon, Duchess of York who visited in 1923 and Queen Elizabeth II who visited in 1953 and 1966. The room the queen stayed in has been called the Queens Room since 1953.

Located in Port Antonio, on the Titchfield Peninsula is Fort George. The idea to build the fort first came up in 1728. The plan was to use it as a form of defence in case of a foreign invasion as well as against the Maroons with whom the British soldiers were fighting at the time.

During World War 1, Fort George was used as a military training base and supply depot for the British Navy. The fort has walls that are 10 feet thick and can hold several George II cannons and 22 guns. Its barracks is now used for classes at the Titchfield High School.

Here you will find Seaman's Valley Great House and also the first European cemetery in that area of Portland. This is also the cemetery where Superintendent George Fuller was buried.

Built in 1896, the railway station has Georgian features, with the upper stationmasters' area built of timber and gable end zinc roof. You will also find sash windows and glass recessed panel doors throughout the building.

This Maroon community emerged in 1754 although wasn’t discoverable on maps until 1832 as it was previously called New Crawford Town. The town is considered the haunt of Quao, a maroon leader. Some of the sites to visit here are the community library, museum and the Asafu Grounds which is where the Charles Town Maroon celebrations are held yearly. There is also a highly sacred Maroon cemetery where many maroons are laid to rest.

10. The Blue and John Crow Mountains

Home to the Windward Maroons, the first set of black people in the western hemisphere to be triumphant in a war against the British through protected warfare. It is also the first Jamaican site to be added to the highly esteemed UNESCO World Heritage list because of its history, the wealth of information, appearance, cultural and natural elements.

The mountains are definitely among the most popular historical sites in Portland Jamaica. It is a very popular hiking and biking spot especially on weekends. The mountains are also known for being the best spot for planting Jamaican coffee.

With so many historical sites in Portland Jamaica to explore, you might need to plan for more than a day trip.

Wellesley's note:Here's a short video of me and my wife sailing with Michael on his African Star boat on the Blue Lagoon, yes in Portland. Noice :-)