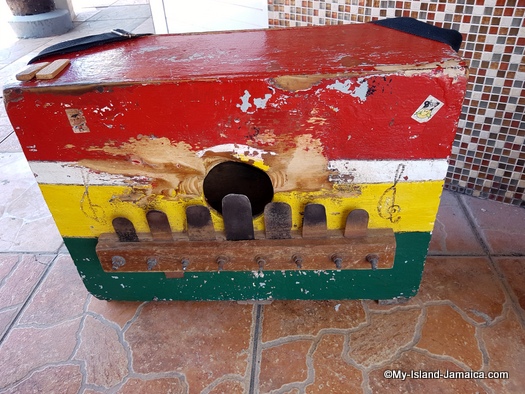 We boast, through our motto that we are, "Out of Many, One People". And our musical instruments symbolizes this well.

If you have already read the history of Jamaica or the culture of Jamaica, then you would have learnt about the unique blend of cultures and traditions that creates the real Jamaica.

We inherited instruments dating back as far as the Arawaks, the early inhabitants.

Of course, been a predominantly black population (over 90%), the majority of our musical instruments are originated from Africa, but we have invaluable input from the Chinese, Indians, Syrians and the Europeans - all of whom played integral roles in our historical development.

Below I'll highlight some of the more popular instruments, categorized by the different ethnic groups. 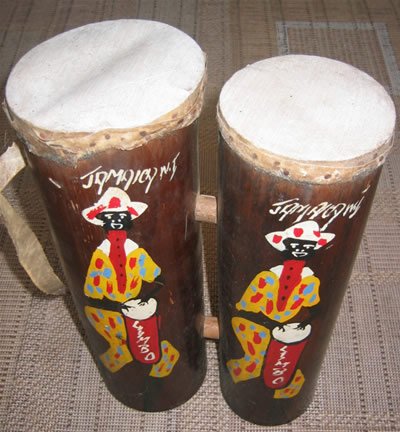 The Arawaks contributed at least six (6) musical instruments. These include the:

Our African ancestors contributed quite a lot. These may be categorized into four classes:

Although also African descendants, the maroons were singled out because of their independence.

They have many musical instrument but their ‘national’ instrument is the Abeng. 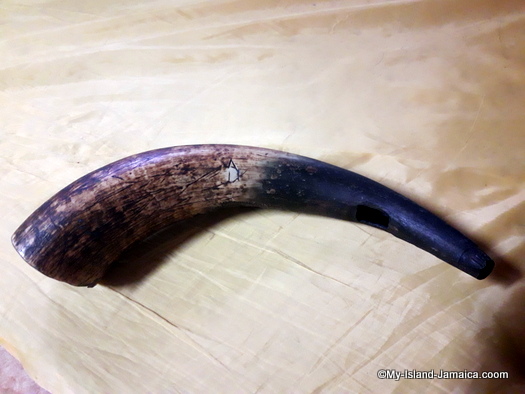 It made from the cow’s horn and can safely be assumed that it did not come from the aboriginal period, as the cow was introduced in Jamaica by the Spaniards sometime after 1509.

It is made of 8 or 9 inches of the small end of the cow’s horn. A sufficient part of the tip is taken off leaving a small hole about the size of a pea.

On the concave side of the horn and close to the smaller end,an oblong opening or mouth-hole is made.

This is about ¼ of an inch wide and about an inch in length.

There is also use a drum called Toombah, a large piece of the trumpet tree, hallowed out. Three strings are then stretched across.

The vast majority of these are primitive, very primitive, but no doubt they  set the stage for today's complex and elaborate musical instruments.

By the way, particularly in our traditional mento music, the Banjo, Guitar, Marimba or Rhumba box (seen above), and double bass percussion instruments such as triangles, pieces of iron, empty sardine cans, as well as forks and graters are also used - even today!

Still, lots to share with you from Jamaica, don't miss these informative pages:

Back to Top of Jamaican Instruments