The Beautiful and Exotic
Animals in Jamaica 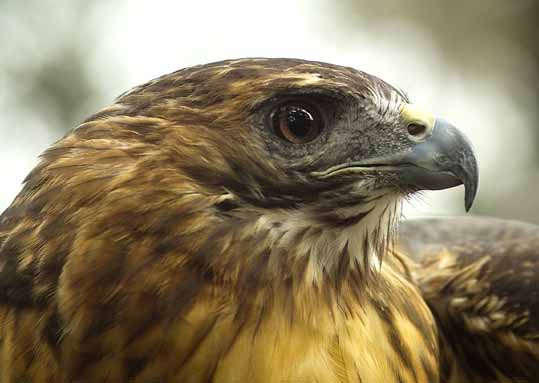 I already provided you a brief introduction to plants and animals in Jamaica on this page, but here is a little more about our animals in here in Jamaica.

Here is a list of the notable species of animals in Jamaica and some facts about them.

It is interesting to note that the Indian mongoose (Herpestus Griseus or H. mungo-grown), which grows wild, has been naturalized in Jamaica, where it has been carried to from India in the days of the plantations. Its first introduction into Jamaica was in 1872, and ten years later the animal was credited with saving many thousands of pounds annually by its destruction of rats.

But before an equal space of time had further elapsed, it had itself become a pest killing many of our other endemic animals including lizards. Today though they appear to be minimal in Jamaica although every now and then you drive past a dead one on the roads -killed by automobiles.

We already mentioned the diversity of birdlife in Jamaica above. Yep, more than 200 bird species have been recorded here, including migratory birds, 27 of which are endemic. Parrots, green todies, cuckoos, pelicans and the national symbol hummingbirds are especially abundant.

By the way, guided bird-watching tours are available everywhere in Jamaica, including Rocklands Bird Sanctuary; one of the to places I listed on my Top 5 Things to Do in Jamaica page. 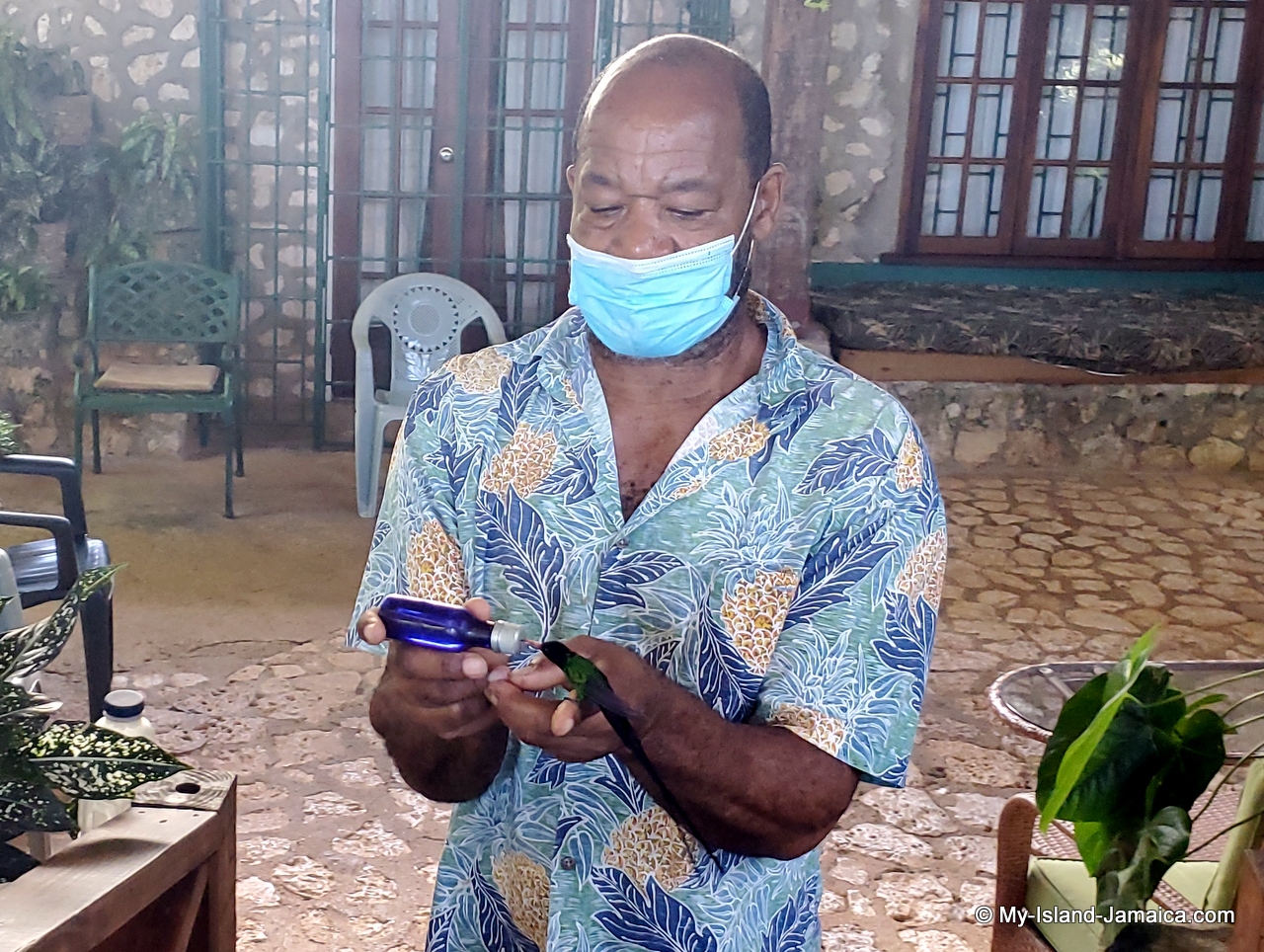 Jamaica has plenty of reptiles, but none of them is venomous. The native Crocodile is found in wetlands and mangrove swamps along the south coast (I am reminiscing my Black River Safari trip in 2006). There are several species of snakes here, including the Jamaican Boa/Yellow Snake, blind snakes, grass snake, Jamaican dwarf boa, ground snake and more.

You can find a picture of us on the boat on my Pictures of Jamaica page.

The turquoise waters washing Jamaica are clear and warm all year. They caress the seabed, covered with multi-hued coral reefs, home to an uncountable quantity and diversity of bright exotic tropical fish. Some of the most common are yellowfin tuna, white marlin, barracuda, mahi-mahi, and wahoo. 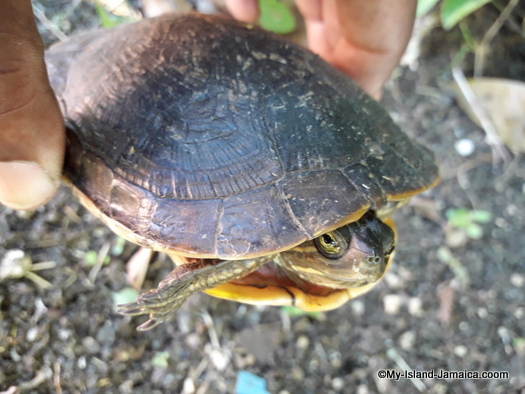 Jamaican Turtle in my Backyard

What animal is only found in Jamaica?

The Jamaican hutia, the Yellow Billed & Black Billed Amazon Parrots, The Doctor Bird (national bird), the Jamaica Iguana, the Jamaican Giant Galliwasp and the Jamaican Swallowtail Butterfly are all uniquely found in Jamaica.

What dangerous animals are in Jamaica?

What animal is Jamaica known for?

Jamaica is known for the humming bird, which as I mentioned before is our national bird. It is known also as the red-billed streamer tail or the doctor bird. Our bird is so popular that the Hummingbird cake was named for it.

What is the largest animal in Jamaica?

The Jamaican Iguana, which is now considered as a critically endangered species, is the largest animal that is native to Jamaica.

Do remember that the JPAT (Jamaica Proctected Areas Trust) which was mentioned in the 'Plants and Animals in Jamaica'  main page has developed a website which provides information on the Protected Areas in the island - homes to many of our native plants and animals in Jamaica.

Here is the Link to JPAT

We had a most memorable moment chilling with the birds at the Rockland's bird sanctuary and got the chance to see how they feed too!

References & Sources For Animals in Jamaica