Are There Mongoose In Jamaica?
What's Special About Them? 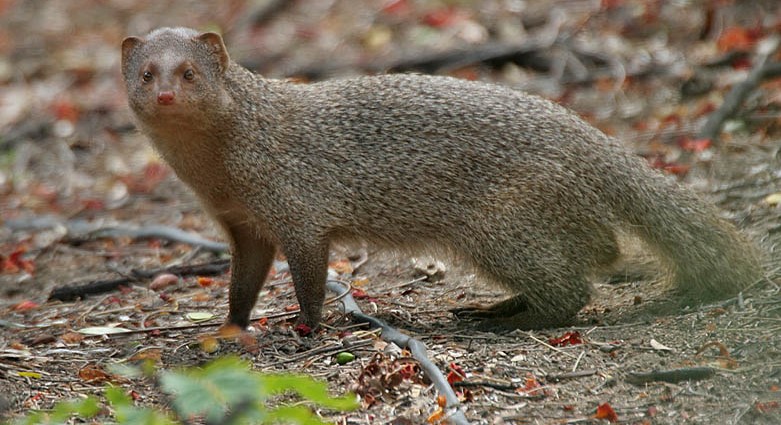 Are There Mongoose In Jamaica | Indian Grey Mongoose (Photo: Wikipedia)

A famous Jamaican saying is, “if you see a mongoose running across the road, it’s good luck, but if the mongoose turns back, it is bad luck”. Well, just a few hours ago, I saw 3 of the little animals running across the street behind each other. I am hoping this means that my good luck will be tripled.

The question was asked, “are there mongoose in Jamaica,” By now, you know the answer to that is a resounding yes! There are many here in Jamaica, some would say too many. Whether you live in rural or urban Jamaica, you will eventually run into a mongoose.

For those who don’t know, you may be asking what are mongooses. The Herpestidae family of small terrestrial carnivorous mammals includes the mongoose. In the 18th and 19th centuries, the English word "mongoose" was spelt "mungoose."

Mongooses have long bodies and faces, short legs, and long, tapering tails. The grizzly or brindled creatures also have small, rounded ears. A few of them have heavily marked coats that resemble mustelids. They mainly use their non-retractile claws for digging. Similar to goats, mongooses have small, ovular pupils.

What do they eat?

Insects, crabs, earthworms, lizards, birds, and rodents make up most of a mongoose's diet. However, they also consume carrion and eggs.

Which Mongoose can you find in Jamaica?

The animal imported into Jamaica is the griseus, a species from India. It eats snakes, rats, lizards, and other animals that humans find repulsive in its natural habitat. It is grey in colour with darker hues on its head and legs, blackish feet, and a black tip on the tail end.

There is a fine, short, reddish underfur underneath the longer grey or white-ringed hairs. The animal's tail is about eighteen inches long, and its body measures about twenty-one inches when it is fully grown.

How did the Mongoose come to Jamaica?

There were nine animals brought to the island from India in 1872 by William Bancroft Espeut to manage the rodent population on his estate at Spring Gardens in Portland.

Although the mongoose initially seemed to be advantageous, saving about £45 000 in sterling annually in pest control costs, the creatures were ultimately held accountable for decreasing the availability of fruit, fish, and crab.

They also killed insects, yellow snakes, ground lizards, and other animals that were essential to the ecosystem on the island. All the initial savings in pest control was halted as the rapidly increasing population of mongooses also preyed on farm animals and poultry farmers were the most adversely affected.

With its quick and prolific reproductive abilities as well as its roving and vagabond nature, it was discovered in every area of the island within a very short period, from the seashore to the highest mountain peaks, the highest of which rises 70.3 feet above sea level.

Interestingly, the mongoose, which in its native India, was in no way a tree-climbing animal, has evolved into one in Jamaica because the population of ground-feeding and egg-laying birds has declined, forcing the animal to turn to trees to increase its food supply.

While the mongooses were introduced to the island so many years ago as a solution to the pest problem at the time, they have now become a huge problem themselves.

They have a very high reproduction rate of six times a year, yes six! And each time there are five to ten young. This makes it rather challenging to control the animals and it doesn’t seem there is much we can do about it.

References & Sources For Are There Mongoose In Jamaica?