by Barbara King
(UK (and Jamaica)) 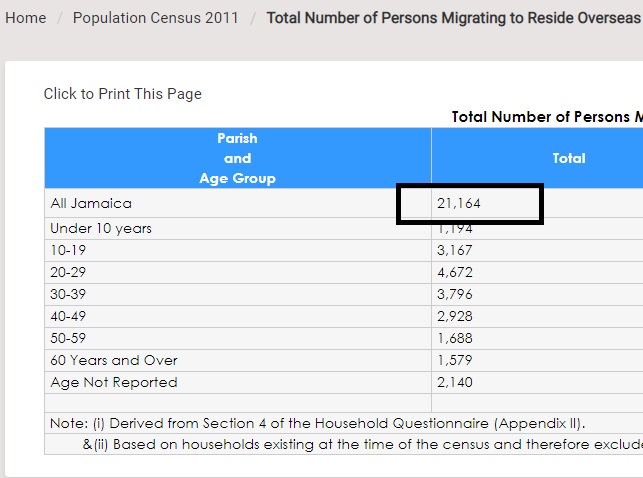 With the ongoing work-study, farm and hotel work programs in the USA and Canada attracting many Jamaicans, I was motivated to share some useful information I've studied on the migration pattern of Jamaicans in history.

The first major wave of migration from Jamaica was to Panama in the 1860's. That was to help the country build its railways. Many Jamaicans returned home but some went back again in 1879, when the French planned to build the canal.

However, that project failed because many workers caught yellow fever, with the Europeans and Chinese being affected quicker than West Indians. Arrangements, however, were not organised for returning to Jamaica, so many workers remained in Panama.

The Americans were more successful building the canal in the 1900's, and that drew large numbers of Jamaicans for employment there again.

It was found that it was the mosquitoes that had caused the yellow fever in the first place so they were wiped out to end the disease. The place they worked, called, Colon, became a mini Jamaican town.

Many Jamaicans stayed there after canal was build, and there still remains many descendants today. Some returned to Jamaica when the job was done although they were better off in Panama.

Yet again, during World War 2, Jamaicans worked as labourers for the Canal Zone.

Jamaicans also went to Central America to work in the banana industry. They worked on plantations in Costa Rica and Honduras. They also worked as builders constructing shops and homes in Limon, Cristobal and others.

Jamaicans also migrated to Cuba to work on the sugar and coffee plantations, and later migrated to the USA began at the end of the 19th century, where a passport was not required.

They settled mainly in Boston, where there was a port for banana ships, as well as Baltimore, Philadelphia and New York.

By the way, the number of Jamaicans in New Jersey and Connecticut has been recorded recently approximated to be 350,000.

Caribbean nationals, including Jamaicans, were also now migrating to Great Britain, with the primary migration in 1943, which included a small number working in munition and other factories. 8,000 joined the armed services. From 1950-1960, 200,000 came to Britain, but immigration laws were tightened to reduce the amount after 1960.

Read more in The Windrush Generation.

Between 1971-73, an additional 9,000 West Indians migrated to Britain, most of which were Jamaicans.

Today, Jamaicans continue to emigrate to other foreign countries, including mainly to the USA and Canada to work on farms, in hotels, stay with family, as well as for educational opportunities.

The last population census in 2011 stated that 21,164 Jamaicans migrated to reside overseas (see above).

You can find additional information and statistics on https://statinja.gov.jm.