The Windrush Generation
The Scandal and It's Impact 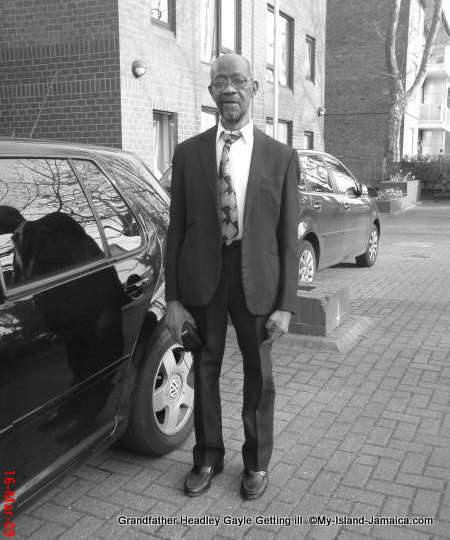 If you've been paying keen attention to Caribbean related news, you must have come across the term "Windrush", "Windrush Generation" or "Windrush Scandal" in one or more articles, radio or television broadcasts.

For quite a few years now it has been a popular topic of discussion, and concerns regarding the matter escalated when Caribbean nationals were detained and deported from the UK!

Several individuals have voiced their disapproval over the matter.

For instance, The Times’s Matt Chorley described the situation as “a tin-eared, uncaring threat to people with every right to be here”.

But how did these individuals end up in Britain and what role did they play in the British society?

What is the "Windrush Generation"?

The events of World War II left the United Kingdom in dire circumstances, resulting in a labour force shortage in the country.

This prompted the British government to invite Caribbean nationals to work in the United Kingdom, addressing its post-war labour deficiencies.

Interested individuals were transported on the British ship the MV Empire Windrush. This is where the label “Windrush Generation” derived from.

After sailing approximately 8000 miles, the MV Empire Windrush docked in the UK at Tilbury Docks, Essex in June 22, 1948, bringing with it 492 Caribbean passengers, Jamaicans included.

These individuals arrived in the UK as immigrants under the Immigration Act 1948 which granted workers from the islands entry into the UK and British citizenship. During the same time the McWaren- Walter Act, which was passed in the USA, restricted the number of Caribbean people who settled in the USA prompted Caribbean nationals to cast their eyes unto the United Kingdom.

This resulted in a high influx of Caribbean nationals, which is now estimated to be well over 500,000 people. This lasted until 1971. Thus, the Windrush Generation refers to all Caribbean nationals who arrived in the UK between 1948 and 1971.

How did they contribute to the UK?

Most of the Jamaicans and other Caribbean nationals became manual workers, cleaners, drivers, porters, nurses and other poorly paying jobs. Despite the fact that they came as unskilled labours, many went on to make meaningful contributions in the United Kingdom.

For instance, Sam Beaver King was a Jamaican-British campaigner who arrived in the UK during the arrival of the Windrush generation in his late 20s. He began working as a postman and later became the first black Mayor of Southwark, London. He passed away in 2016 at aged 90.

Commonwealth citizens who lived in the UK up to 1971 were granted indefinite leave to stay under 1971 Immigration Act.

Why Were The Asked To Leave?

The issue relating to the deportation of the Windrush Generation arose from changes in the immigration law starting in 2012. The amendments were aimed at deterring people from overstaying in the UK.

As a result, people were required to present documented evidence proving their right to be in the UK. In addition, documentation were needed to work, rent properties, and access health benefits.

Landlords, hospitals and businesses were also placed under pressure to prove the legality of their employees, tenants and service users.
However, legitimate citizens, such as the descendants of the Windrush generation, were also caught up in the fiasco for a variety of reasons, including...

What Was Britain's Response?

Upon meeting with delegates of the Commonwealth Heads of Government in London, UK Prime Minister Theresa May issued an apology for the harsh treatment inflicted upon the Windrush generation.

Representatives from Antigua and Barbuda, The Bahamas, Barbados, Belize, Dominica, Grenada, Guyana, Jamaica, St Kitts and Nevis, St Lucia, St Vincent and the Grenadines and Trinidad and Tobago were in attendance.

After numerous discussions, the Home Office implemented the “Windrush Scheme” on May 30, 2018 which will deal with identifying people of the Windrush Generation and assisting in them with documentation to return to the U.K.

How Does The Windrush Affect Jamaica?

Evidently, many Jamaicans left their homeland for green pastures. The presence of this ‘Windrush Scandal’ has caused somewhat of turmoil in the lives of these immigrants.

Being forced to leave where they have regarded as home for so many years is a very difficult situation to cope with. The impact has also been borne by the various countries that these individuals have been forced to return to.

The deportation of these migrants will result in a high influx of deportees arriving. Some of these individual have no foundation in the island making it difficult for them to be reintegrate themselves.

In addition, many Jamaicans in Jamaica heavily depend on remittances from relatives and friends living overseas.

Had The Victims Gotten Any Assistance?

The National Organization of Deported Migrants (NODM) is a community-based organization in Kingston, which is committed to helping deportees in Jamaica. Established in 2010, the primary goal of this non-profit organization is to re-acclimate the returnees back into Jamaican society.

In regards to the Windrush scandal, The NODM and UK Home Office officials have collaborated in regards to compensating Windrush victims and assisting them returning in to the UK as a legal citizens.

Oswald Dawkins, President of the NODM, stated that his “main responsibilities as president of this organization involving the Windrush Generation scandal are to seek out the persons who fall into the category of the Windrush and provide them with information to better adjust them to life here in Jamaica—where that may be the Home Office contact information in the U.K. or Ministry of Foreign Affairs & Foreign Trade, Jamaica”.

Clearly the rise of Britain after the Second World War was as a result of the contribution of the Windrush Generation. Hence, the call for compensation is justifiable.  The compensation scheme was announced in by Sajid Javid, Home Secretary of London.

The British High Commissioner to Jamaica, His Excellency Asif Ahmad, provided further clarification at a press conference at the High Commission in St. Andrew on Wednesday (April 3).

The scheme will provide payments to eligible individuals who did not have the right documentation to prove their status in the UK. The scheme is opened to all nationalities who:

In addition, certain children and grandchildren of those arriving before 1973 and some close family members may also be eligible to apply.

Those individuals who were wrongly detained and/or removed from the UK could also be able to claim. There are various categories of claims:

The claim process will be opened for two years and there will be a Windrush helpline for claimants to explain the compensation scheme and advice were necessary.

The helpline number is +44 (0) 800-678-1925 and persons may call from Monday to Friday between the hours of 9:00 a.m. and 5:00 p.m. However, the British High Commissioner advised those outside the UK that their situation will be dealt better via email.

The email address is WindrushCompensationScheme@homeoffice.gov.uk.
In addition to compensation, over 3600 have been able to attain their British citizenship through the Windrush Taskforce established by the Home Secretary.

Recommended: Read Real Stories Of Persons From The Windrush Generation..

in David Matthews, Voices Of The Windrush Generation, Click Here To See The Latest Price on Amazon.

The British High Commissioner to Jamaica, His Excellency Asif Ahmad lamented that “no amount of money can undo the injustice, or the pain or damage… to individuals and their families”

New! The Windrush In Videos

So, do you have a family member, or know of anyone who has been affected by the Windrush Scandal?

Have you been affected? We'd love to hear from you. Please share your views in our editorial forum.

Pages Related To The Windrush Generation