Portmore Jamaica
The History & Significance of
"The Sunshine City" 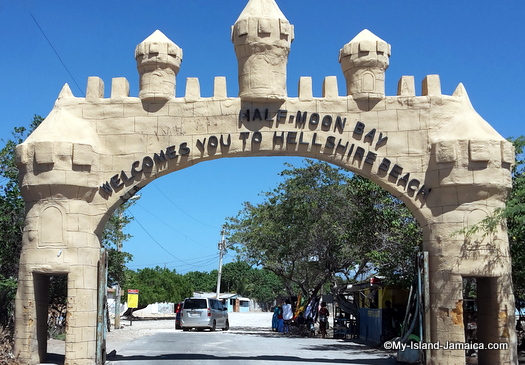 This coastal town, considered by many as Jamaica's third city, is home to 60% of the working population of Kingston, located in St. Catherine. It's the second largest town in the parish and one of the largest residential areas in the entire Caribbean. If you're starting to think of Portmore Jamaica, then you're on the right track. Don't think though that these are all that make Portmore important in Jamaica.

Other great achievements for the town include being home to over 200,000 citizens who lobbied for its status as a municipality which they received in 2003. Today, it is the only Municipality with a directly-elected Mayor in the English-speaking Caribbean with its 12 municipal councils and plans for even more. But what is the history of the “Sunshine City”?

When Was Portmore Jamaica Formed?

Well to trace Portmore’s history, you must go back to 900 AD, that's when the very first peoples to have inhabited Jamaica, the Tainos landed after journeying from South America.

They favoured low lands by the sea and so it is no surprise that Portmore was one of the most inhabited spots (quite similar to today). Evidence of their presence was discovered in Port Henderson Hill, Hellshire and Naggo Head.

After the Spanish captured Jamaica, the area wasn’t really utilized until Spanish Town was made the capital of Jamaica. Portmore being one of the closest coastal points to the capital rose in prominence. The Passage Fort (also known simply as The Passage), was of special importance to the operation of the Spanish colony.

For the Spanish, Jamaica was mainly use as a storage centre and The passage was the embarkation point between Spanish Town and the harbour at Port Royal. The Spanish left their mark in the area through the haciendas that were built during their time in control of the island.

Since it was only a “storage facility”, Jamaica was one of the least guarded islands in the Spanish Empire which ultimately resulted in the English snatching it from their grasp  in 1655. However, 1655 was not the first attempt of the English to capture the island and Portmore being one of the weaker ports was often attacked by the British soldiers.

In 1597, Sir Anthony Shirley attacked Spanish Town after entering through Passage Fort, the attack was futile as they left after just a few days, but not before they set fire to the capital. Then, English General Christoher Newport tried to attack Passage Fort just a few years later.

However, with what little resources they had in weapons and manpower, the Spanish soldiers stationed in the area anticipated the attack and were actually able to defend the island from their enemies.

The English, after their takeover sought to do more with the country than the Spanish had thought possible and agricultural endeavours aided by the enslaved Africans began in Jamaica. Portmore which was initially thought to be too dry for planting sugar was instead used for pen keeping (animal rearing).

The pens were smaller estates that supplied the larger plantations with livestock. Though Portmore has come a long way from its pen keeping days, some of the areas where pens were established in the past can be recognized by their name, for example Salt Pond and Cumberland.

After the devastating earthquake in Port Royal, which shifted Jamaica’s economic structure in 1692, the need for The Passage lessened as they were in need of a new port.

The Passage was also known to be filled with debris carried down fro the mountains by the Rio Cobre, which blocked the landing area of the dock and so, Port Henderson (originally called New Brighton) was chosen as the new point. Port Henderson was named in honour of the man who spearheaded the development, Colonel John Henderson.

This went on for a few years with the new township even having a tourist attraction in the form of a mineral spa being established; but it didn’t last very long. Port Henderson also saw great success through the production of bananas as well.

Because the Spanish tried to reclaim Jamaica on quite a few occasions, the English also tried their hardest to establish stronger defense of the colony. The Forts Agusta (now a correctional facility for women in Jamaica) and Clarence in Portmore were pivotal in these efforts.

Though originally it was believed, Portmore was not conducive to agriculture, through proper irrigation systems, it was actually a great place to plant bananas and aid the efforts in Portland parish in eastern Jamaica. Steam boats could often be seen in Port Henderson, waiting to be loaded with the exotic fruit that had taken the New World by storm.

Housing And The Establishment of Modern Portmore Jamaica

It is hard to believe what Portmore was, if you see what it has developed into now. You would not be able to even guess.

Salt Pond Pen or Dawkins Pen (in honour of it’s first owners) was officially renamed Portmore Pen then finally just Portmore in 1915. This name was also given in recognition of the Dawkins, has familial connections to the Earl of Portmore from Scotland.

After banana production ended, the land passed through the hands of the Dawkins, the Fruit Company Limited, Caymanas Estates and finally the Portmore Land Development Company.

Portmore in the 1960s was chosen as the land to create housing development for those persons who were flocking to Kingston from all over the country for jobs. It was getting increasingly difficult to house everyone in Kingston and as such Portmore was the next best option.

But before development could begin there was much work to be done. First the town had to be connected to Kingston, which was by this point Jamaica’s most important business area and only city.

Now, to solve housing, the low lands were filled by quarrying marl from the hills of Port Henderson and clearing the harbour to accommodate the building of houses in the area.

Independence City was the first of the many schemes to be developed (mainly by WICHON) in Portmore. A name fitting for the development which was done in 1962, the year Jamaica gained its Independence from Britain. This new housing development consisted of approximately 1200 two and three bedroom units.

This was followed by the construction of Edgewater Villas. Bridgeport phases 1, 2 and 3, Portsmouth and Southborough were also completed in quick succession and were all established housing developments by 1979.

The homes in Portmore Jamaica were designed to encouraged low and middle income families to purchase their own home and make whatever additions or renovations they saw fit. This has carried through with all the developments in the area and has spilled over into the way housing developments are constructed all across Jamaica.

As more schemes were established the number of persons living in Portmore increased and with the completion of the Greater Portmore project the number increased from the initial 2000 to over 150,000 persons.

This is what prompted their request to become a Municipality. 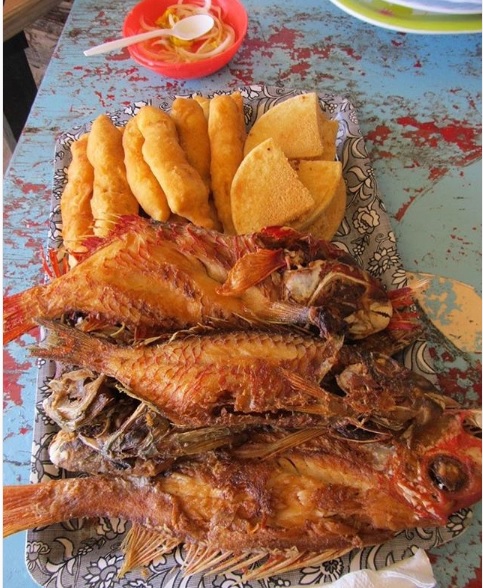 Portmore is a town with a rich heritage and countless entertainment spots and restaurants  that can make a great vacation although it is not the obvious choice. Hellshire Beach, known for its fish and legendary music festivals is just within your reach from an Airbnbs in Portmore Jamaica.

Now with talks of Portmore becoming Jamaica’s 15th parish there will be more development in the pipeline. Therefore this is a great time to get familiar with Portmore, its offerings and attractions.