Single Parenting In Jamaica
The Shocking Cause & Effects 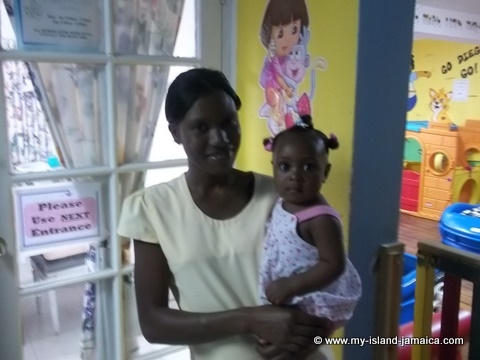 Single parenting, just thinking about it makes me uncomfortable. This type of family is ever so present and more acceptable of late all over the world, but it seem to have been a norm here in Jamaica ever since I was a child.

I remember vividly as a  toddler living with my mom, it was just her and my older bother. Then my baby sister came along and it was just us four until my dad took me to live with him in the city.

My mother raised my brother and sister all by herself, with little or no financial help, while my father raised me and my younger sister with the help of a nanny for a while.

He eventually got married when I was a teen, but before then, my household would still be considered a single parent household since there was no permanent mother figure.

It is my opinion that, 6 out of every 10 Jamaican families are single parent families, however to get statistical information please see visit this link form Unicef: https://www.unicef.org/jamaica/research-and-reports

What Do We Mean By Single Parenting Though?

Single parenting is basically where an unwed, unattached, spouse-less (whichever term you prefer), parent, who takes on most, if not all, of the day to day responsibilities of raising a child/children.

In most cases, you will find that the mothers are the primary care givers in a single parent household in Jamaica.

Whether other family members, such as grandparents (most often the grandmothers), are present in the household it is irrelevant because at the end of the day, they are still NOT the missing parent.

And Why? What Are The Causes Of Single Parenting In Jamaica?

There are different factors that may result in one becoming a single parent here in Jamaica, factors such as the death of a spouse or divorce but the single most common one here is unplanned parenting.

Based on my observation, our Jamaican society does not place great emphasis on “The Family”. We are not a people who stress greatly about the consequences of being raised by only one parent, even though most of us would prefer being raised by, or raise our own children, with both parents present.

And what are some of the effect of single parenting? Read on...

Effects Of Single Parenting In Jamaica

Truer words have never been spoken!

Single parent household not only creates academical problems, but also psychological problems for most of who were raised in one.

I am not saying, they will necessarily be high school drop outs or criminals (hey look at me!), but the void that the missing parent leaves is deep and wide can not be filled.

And other problems such as…

Because Jamaica is perhaps not where we want to be on counseling or therapy, then these issues go unresolved.

Set aside the financial struggles that the mothers often face and the loneliness and the constant need to place a father figure in her child or children’s life… at the end of the day, the children are the ones that suffer the most.

What Else Does Single Parenting In Jamaica Lead To?

Here is what I've personally observed over the years growing up and living in Jamaica:

And here’s what Dr. Ralph Thompson had to say about single parenting in Jamaica when he addressed the Gleaner Editor’s forum: http://jamaica-gleaner.com/gleaner/20110410/news/news5.html

So you see, the impact is far reaching! A lot more is definitely needed if we are to realize our 20-30 dream of making Jamaica the choice of place to live, work, raise families and do business.