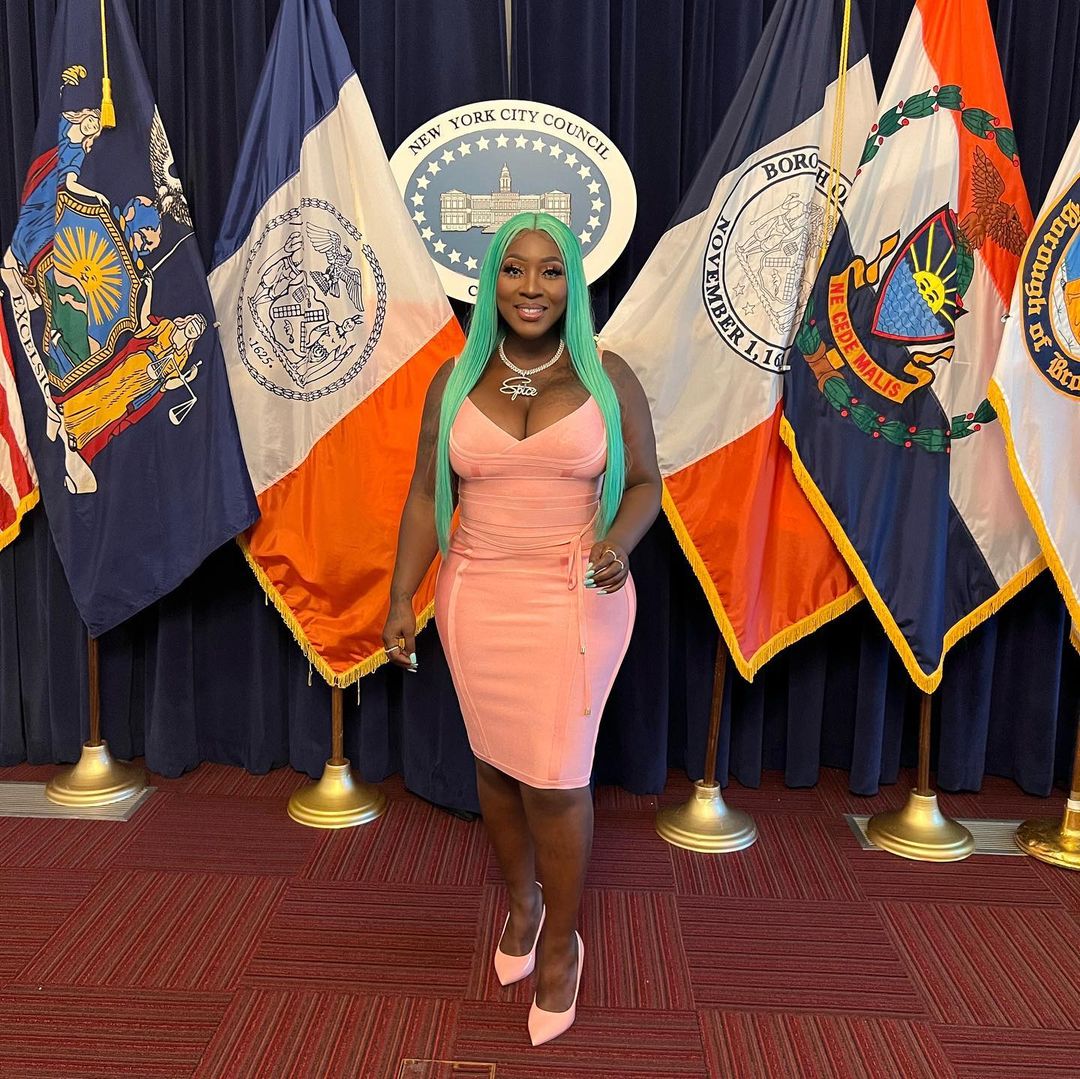 If you were to ask me who is my favourite female hardcore dancehall artiste, without hesitation, my answer would be spice. You know who she is right? The dancehall artist with the signature blue hair.

Even if you do not love her music, one thing that everyone can respect about her is her ‘hustle and grind’ mentality, her determination, years in the industry and her international success.

Spice, Grace Latoya Hamilton's stage name, was born on August 6, 1982. She is an entrepreneur, singer, songwriter, and dancehall music artist from Jamaica. Spice is referred to be the "Queen of Dancehall" and is one of the most well-known dancehall performers in the world.

Despite being given the title by fans for many years, it was at Reggae Sumfest 2022, that she was officially given the crown. Funny enough growing up Spice was a church girl and regularly sang in the church’s choir.

Despite her raunchy lyrics, she is still very vocal about her faith in God. She has two children, a son named Nicholas Lall Jr., born 22 August 2007 and a daughter named Nicholatoy Lall, born 21 January 2011.

Spice being the international artist that she is now, often times laments her past and how she got her start in the dancehall industry. She has been Djing since the age of 15. When Spice was granted the chance to play at the yearly dancehall event Sting in 2000, she made her stage debut.

Her first significant performance on a stage show resulted in multiple encore requests from the audience. Despite not having any hit records at this point in her career, Spice managed to establish a name for her theatrical presence.

She debuted "Complain" as her first single under Kelly's Madhouse Records imprint, and then "Right There" with Toi and "Hype" from the Bad Gal riddim.

But it was in 2006 when she released her hit single "Fight Over Man", that she really stamped herself in the history of Jamaican Dancehall. While that was indeed a hit, Spice’s career was just kicking off.

I remember the year well, 2008, when Spice and the “Worl Boss” himself Vybz Kartel, collaborated on their hit song “Romping Shop”.

This song was so raunchy and X-rated that it was completely banned from the radio airways and sparked a debate on whether explicit dancehall music should not only be banned from airways but from being played in public spaces altogether.

Despite the backlash and being banned by the Jamaica Broadcasting Commission the song did extremely well, spending 15 weeks on the Billboard Hot R&B/Hip-Hop Songs chart, ranked number 9 on both Pitchfork's list of the 50 Best Dancehall Songs of All Time and Billboard's 12 Best Dancehall & Reggaeton Choruses of the 21st Century.

From there on Spice’s career has been on an upward trajectory. When she released “So mi like it” in 2013, she further catapulted her career into stardom. If you know of Spice this is one song I am quite certain you bopped your head to.

On November 2, 2018, Spice's debut mixtape, Captured, was made available via her own independent record company, Spice Official Entertainment. "10 by Spice", her first studio album, debuted at number six on the Billboard Reggae Albums chart on August 6, 2021.

It was considered for the 64th Grammy Awards' Best Reggae Album category in 2022. The Shaggy and Sean Paul's collaboration with the artiste, "Go Down Deh", was previously made available on April 30, 2021.

The song became popular on streaming services, and the music video that accompanied it soon racked up millions of views. On NPR Music's list of the 100 Best Songs of 2021, "Go Down Deh" came in at number 48.

Other popular tracks by spice include:

Spice is known to be very proud of her dark complexion, so it was a total shock when on October 22, 2018, Spice returned to social media after a brief absence and shared a photo of herself on Instagram with remarkably pale skin.

Many people believed she had lightened her skin once the picture became widely popular. She ultimately acknowledged that she had feigned skin lightening in order to draw attention to the problem of colourism in the black community.

The following day, she released her song "Black Hypocrisy" along with a music video that addressed the subject. "Black Hypocrisy", the main track from her debut mixtape, arrived at the top of the Billboard Reggae Digital Song Sales chart.

Spice, Grace Hamilton, is a true rags-to-riches story, and an inspiration to many.