What did the Spanish bring to Jamaica? 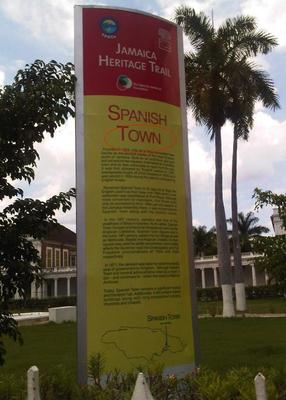 Inspired by the prospect of finding vast wealth and riches in the New World, the Spanish sailed from Europe to the Caribbean and colonized many of the islands, including Jamaica. They were the first European nation to sail to the western hemisphere.

See Also: What Did The Different Ethnic Groups Bring To Jamaica

It was once believed that the world was completely flat and if a person continued sailing west then he will fall off the Earth. However, this mythology was shattered when Christopher Columbus’ expedition to the west was successful.

This was definitely an eye-opener! Not only did it reveal that there was actually a whole other world beyond the horizon, it also led to a major clash between race and culture that last for more than 100 years and is arguable still evident now.

In order to cement themselves as superiors to the slaves, the Spanish, it is said, brought many aspects of their culture from their homeland, Spain.

But before we jump into that list, I'll share a brief history on how the Spanish came here.

How Did The Spanish Arrive In Jamaica?

During the fifteenth century it was common practice for Europeans to purchase items from Asia. Precious goods such as silk, pearls, spices and other precious commodity were transported over lands by caravans from Asia to the ports at the eastern shores of the Mediterranean Sea.

It was at these ports that the Europeans traders would collect the merchandise and sailed back to Europe.

However, by the time these goods reached Europe they were expensive and due to the long journey, some were lost. This prompted them to search for a better route to Asia.

Back then there was no navigational equipment, and, like I mentioned, many people were of the assumption that the world was flat. However, some believed that the world was round and if one were to try the western route they could reach Asia.

Christopher Columbus, an Italian mariner, was one who believed that route was possible. He committed his time and energy into what he referred to as “The Enterprise of the Indies”.

He need a monarch who was willing to risk men and money to embark on this expedition. It took him seven years but, in January 1492 the Spanish Monarch accepted Columbus’ request and he commenced with his journey on August 3, 1492. They equipped him with 3 Ships- the Niña, the Pinta and the Santa Maria; men and food.

His journey was considered a success when he approached the shores of Cuba on October 11, 1492. However, it was not until 1494 that he came across and set foot on this beautiful island, Jamaica.

What Did The Spanish Contribute To Jamaica?

The coming of the Spanish brought about an introduction of new crops, animals and even a new religion to Jamaica and the rest of the Caribbean.

In a nutshell, it can be concluded that the Spanish brought a combination of life and death to the island. Nevertheless, the impact of their existence here in Jamaica is profound will continue to be so for years to come.

By the way, did you know that we have several Spanish Place Names In Jamaica today? Be sure to read more on these Spanish place names in Jamaica here.

And don't forget to learn more on what the different ethnic groups brought to Jamaica here. 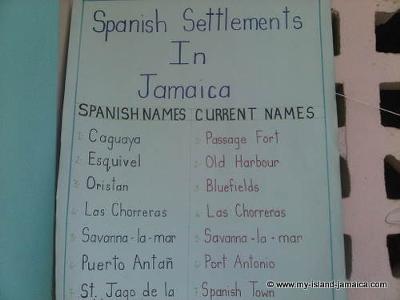 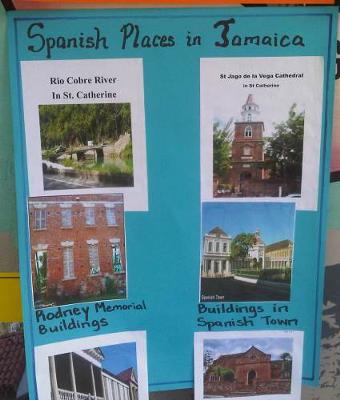