What did the different ethnic groups bring to Jamaica? 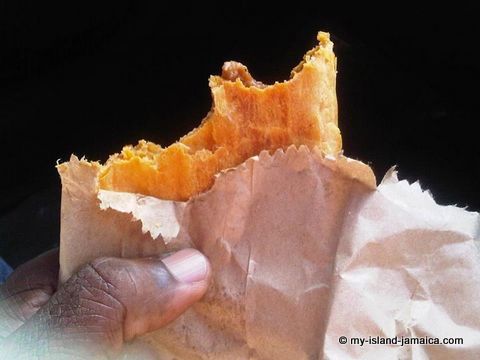 In response to my YouTube video on 27 Must Eat Foods In Jamaica, Colin T, one of my ardent subscribers who is living in Canada, asked this question that truly inspired me...

What did the different ethnic groups bring to Jamaica?

Anyone know where all those foodstuffs especially fruits come from? I had to do a course here, ended my presentation and was asked this same question.

I gave the usual "Jamaica is a melting pot" answer.

But afterwards, at home, I realized I couldn't trace back the history of all the fruits present on the island. Anyone have an answer let me know!

If you read my colonial history of Jamaica article, you'd probably realized that, over and above the cruelty of slavery, Jamaica is really, yes, 'a melting pot' of races and ethnicity.

The main races/ etnicity of which are: Tainos, Africans, Chinese, Indians, Spanish and English.

And each left an indelible mark on our culture.

And the beauty about it is... that is what makes us unique today, the people and culture we enjoy today.

So what is regarded as authentic Jamaican today, really is an amalgamation of these different cultures.

Before I provide the list, please take a quick look at the following two articles that provide some detail:

Now, here, in summary, are their main contributions from a culinary perspective, starting again with...

They were the earliest 'recorded' settlers of the above group here, and so we technically, we can't say what they 'brought', but rather what they 'contributed', if you know what I mean :-)

Europeans, in the form of the Spanish (via an expedition) came here first in 1494 on Christopher Columbus' second voyage.

And lots of new plants, crops and foods were introduced over time by them.

In fact, many will argue that they made the biggest impression on our foods today.

The most notable are...

Africans first came here in 1514 by the Spanish, base on a licence, called Asiento, that was granted.

It was however, not until the British took the island that Africans came here in droves, I mean hundreds of thousands! One estimate said, it was close to a million (not including the significant number that didn't make the middle passage).

Africans bought their unique methods of preparing food, while also blending their creativity with foods made available by the slave masters.

By the way, it is said that the goat meat was eaten by the masters and the intestines, head and feet, given to the slaves who 'tun dem han and mek fashion'.

The BIG boys, yes, they captured Jamaica from the Spanish in 1655 and ruled the island until 1962 when we gained independence!

The East Indians, who also came as indentured servants after emancipation, arrived between 1838 and 1917. Their contribution is popularly known from the curried dishes.

However, the also introduced...

Chineese came to the Caribbean as indentured laborers first, as first to the British government by Trinidad's Governor then. It is said that their recipes were limited because we lacked the basic ingredients here.

They however, followed suit from the Africans in many ways.

The following though can be traced back to the Chinese.

The also set up several bakeries and shops across the island.

Don't forget... it is the amalgamation of many of these cultures that make the mouth-watering Jamaican cuisine what it is today.

For example, Today's Escovietched fish and Bammy is the result of combining the escoveitched fish from the Spaniards with the bammy from the Tainos.

And whatever you do, don't miss this... captivating pictures of Jamaican foods.

Remember to read more on the history of Jamaica here.

Now, who do YOU say made the BIGGEST contribution to Jamaica? I welcome your comments here.