Where did Jamaican ancestors came from?

"A person without knowledge of their past history, origin and culture is like a tree without roots”. - Marcus Mosiah Garvey

Jamaica is described as a “melting pot” due to the diversity of ethnicity in our country’s population. Yes, there is certainly no mistake in our country’s national motto, “Out of Many One People”. 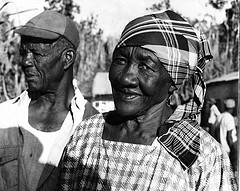 Throughout the course of history, people from all over the globe have settled in our island. These individuals ended up in Jamaica for a variety of reasons.

For some it was for adventure, some in search of wealth and opportunity and even some as punishment. The majority however, came to the island by force due to the slave trade.

Fast-forward to the 21st century, the remnant of their passage can be seen in the country’s rich culture.

But who are these people?

Our ancestors constitute persons from the Tainos (the earliest and original settlers), The Europeans (primarily English and Spanish), The East Indians, The Africans and the Chinese.

The Tainos were one of the Amerindian people. They were originally from Central East Asia. They left their homelands in search of food and travelled across the Bearing Strait and settled in North America.

However, some groups, including the Tainos, continued the journey and migrated to South America. The Tainos then journeyed through the Caribbean waters and began inhabiting the islands of the Caribbean, Jamaica being one of them.

The hardship faced later, due to the enslavement by the Europeans, resulted in the extinction of the Tainos. However, their legacy is visible in canoe making, hammock making, basket making, cravings and the fishing industry.

The Europeans who had a significant impact on Jamaica were those who came mainly from Spain and England.

It was a popular European myth that the world was flat. Hence, if one sails beyond the horizon they would fall of the earth!

It is said that Christopher Columbus decided to challenge this myth and left Europe for adventure and in search of gold. This adventure led him to the Caribbean and it later sparked other Europeans to follow suite.

Although the Europeans did not find the gold that they sought after, wealth was found in the fertile soil and tropical climate of the Caribbean.

The legacy of the Europeans can be seen in sports such as cricket; foods such as cakes, teas and pies; and in the names of several locations in the country such as Santa Cruz, Manchester, Seville, Hartford, Buckingham and several others.

As a result of the development of a confectionery industry in Europe, the Europeans were in need of a sweetener and sugar was the cheapest alternative.

Due to the death of the tainos, the Europeans needed a labour force. The Africans were chosen as a suitable option because:

As such, the Africans were taken from West Africa and forced to work in the sugar plantations in Jamaica and other Caribbean islands. The Africans, which represents the significant group in Jamaica, brought a strong heritage of music, dance and food.

The East Indians brought various plants and trees such as jackfruit, tamarind and mango. In addition, Indian dishes such as curry goat have become very popular in Jamaica.

Like the Indians, the Chinese came to Jamaica as indentured labourers. The development of commerce could be attributed to the Chinese who developed business that grew from small grocery stores to large enterprises.

See that? They all came together to great the unique richness and uniqueness of culture that we enjoy today.