Why Do We Have A Governor General In Jamaica? 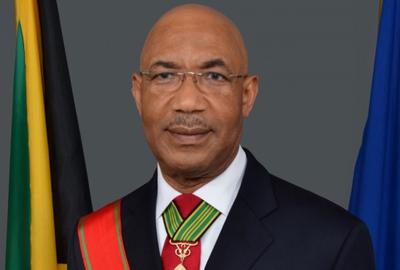 Solid question from Wayne on the significance of the governor general here in Jamaica, in this time. Here's his question followed by our response.

Jamaica has been independent of Britain since 1962 but yet we hold on to attachment of the governor General. Why?

See Also: How To Address The Governor General Of Jamaica

Hi Wayne, ardent reader (and Patreon), great hearing from you again!
You have asked a very important question, one that a lot of persons been (more and more) asking as well.

Truth is, the Governor General in Jamaica has been a controversial issue for the decades since independence, and has has sparked a lot of questions in recent times about it’s relevance. But lets start by taking a look at the role of the Governor General.

First of all, Who is the Governor General?

Secondly, what is the purpose of the Governor General?

The Governor General also represents the monarch on ceremonial occasions such as the state opening of Parliament, military parades and also the presentation of honors.

And what power does the Governor General have?

There are two principal elements of executive power. These are stated in Section 61 of the Constitution.

As you can see, these are great responsibilities and a lot of authority. Now this might make you wonder if we are really and truly independent.

But listen to this, neither the Queen nor the Governor General have any real authority in managing the affairs or the administration of the country as this rests with the elected members of Parliament.

So this brings us back to the age old question, why is it that the Queen still remains in place after independence? Why is it that Jamaica has to foot this very expensive bill of maintaining the Governor General? Why is it that no definitive action has been taken to address this by any government administration?

If this was a blame game, I would lay the blame squarely at the feet of the policy makers when Jamaica gained independence in 1962.

The simple answer as to why we are still in the same position today with a Governor General even after independence is that when Jamaica became independent, we adopted the Westminster system of government. With this system, the queen would remain the head of state and represented by a Governor General.

But in another blame game, nothing is set in stone. Things can always be changed, we didn’t have to remain in that position for decades. Many Jamaicans do not believe that Jamaica even benefits from this arrangement. As a matter of fact, it’s more of an expense to us.

Many have called for this change, many have promised, and some even suggested a referendum to make the decision.

But, will this happen? At the end of the day, it is left up to our policy makers and elected members of Parliament to either have it done or implement a referendum; guess we’ll have to wait and see.

I personally certainly hope that we won’t have to wait another decade for a decision to be made.

So that's the raw answer my friend. I hope this was helpful in providing some insight.


Editor's Note
Do you have another question, don't hesitate to send it to us here! With well over 2,000 questions answered, chances are we can help you :-)