See Also: The Beautiful and Exotic Animals in Jamaica. 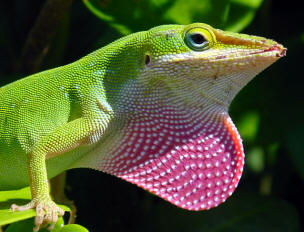 Photo Credit: Jamaican Lizard
What are you afraid of? Maybe nothing. However, you might be surprised to know that many Jamaicans including men are afraid of some very little things, things that you might not even consider. There’s a popular quote in Jamaica that says “What is a joke to one man is death to another”. In essence, everyone’s opinion may be different based on how they view things and it is important that we take each other’s viewpoint into consideration. What makes one thing a terror to one person but a pleasure to another? We might never know.

So let’s take a look at 10 things (in no particular order) that absolutely terrifies some Jamaicans. See if yours is listed. I’ll tell you about mine at the end.


So there you have it. Did you see anything you’re afraid of here? I promised to tell you about mine. So if you haven’t figured it out by now, it’s the lizards, :-). I’m absolutely terrified of them so I try to keep my distance, lol. As a result, I never judge anyone on their fears, it’s something they have to get over on their own. I hope I will one of these days.

I also recommend you read Plants and Animals in Jamaica Another intriguing aspect of our country.

Editor's Note
Have a question? Ask Away! Leave it right here! With well over 2000 questions already answered, chances are we can assist :-)