10 Interesting Facts About Revivalism In Jamaica 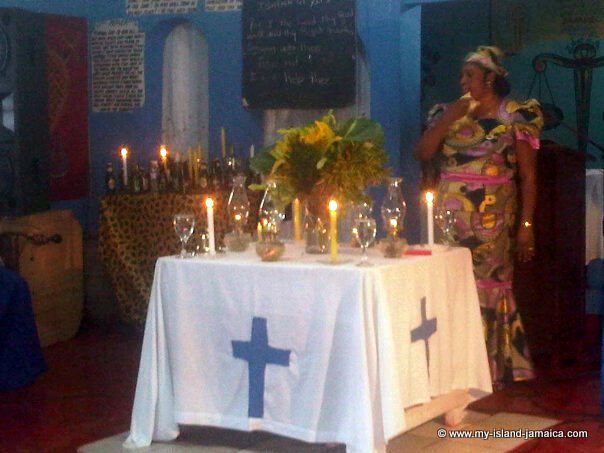 Photo: Revival Church Service in Jamaica
Spirits, angels, arch-angels, ancestors, drumming, dancing, turbans! Does this sound familiar? Revivalism for sure! As you already know, Jamaica has a very diverse culture that also extends to our religious practices and beliefs. Revivalism in Jamaica is no different. The religious practices and culture of Revivalism have been here for nearly two centuries. Revivalism is often misunderstood and out of ignorance is sometimes seen as cult-like due to its unusual customs, rituals, and practices which are somewhat different from traditional churches. But how much do you know about this religious practice in Jamaica? Here are 10 things that you should find interesting about Revivalism in Jamaica.
Revivalism, unlike any other religious movement or religion in Jamaica, has greatly influenced the arts and popular culture in the country due to its dramatic and ritualistic features. The music, the dress, general behaviour has been a source of inspiration for many poems, novels, plays, dance, theatrical events, and even popular reggae music. Interesting, isn’t it? I Bet the next time you see someone in one of these special turbans or from the conversation, you’ll know exactly what it means or at least has an idea of who they are!

I also recommend you read, Jamaican Religion An Overview.

Editor's Note
Share your thoughts with us! Leave your comments here!