15 Facts About the Tasty Jamaican Patty 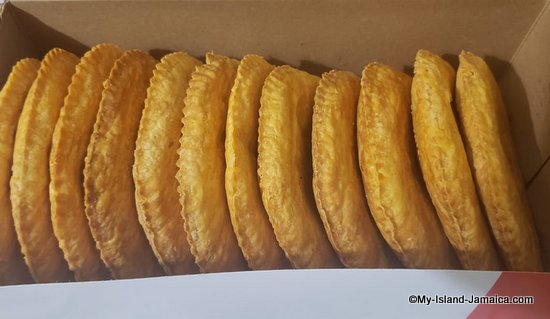 Photo: Jamaican Beef Patties
That golden, yellow crust, filled with juicy, goodness from beef, chicken, cheese, lobster, shrimp to soy and vegetables, you name it. It couldn’t be anything else but a sumptuous, mouth-watering Jamaican patty. So, how did patty become a “thing” in Jamaica? Even as a child I can remember patties were always there! Whether it was for a break or lunch time snack at school, or mom went into the town and came back with it, it was something we all looked forward to. It’s a great-tasting and affordable, filling snack enjoyed by persons from all walks of life! I mean there’s even cocktail patties for the glamorous parties! Let’s take a look at 15 facts about patty in Jamaica.

So there you have it. I bet you didn’t know so much about Jamaican patties. Now when you enjoy this delicious meal, you can have a greater appreciation of its origins and the impact it has had on the world and locally. Patty is a really big thing in Jamaica. I feel like having beef and cheese one right now, lol. How about you?

Editor's Note
Have a question? Ask Away! Leave it right here! With well over 2000 questions already answered, chances are we can assist :-)
Back To The Top Of This2 Page