Here we are again my friends!

Thanks again to Educate Jamaica, we now have the very latest rankings of the TOP HIGH SCHOOLS IN JAMAICA!

UPDATE! The 2017 report has been released! Click here to read it.

This edition follows our previous publication last year that created quite a lot of stir.

And so, I know what your next question is,
so let me answer before you asked :-)

How Were The Schools Ranked

According to Educate Jamaica, they looked at each school...

...and calculate what percentage of students they are turning out at the end of grade 11, with a minimum of 5 CSEC subjects (including Mathematics and/or English) and based on the percentage obtained, they are ranked.

Schools that are successful in turning out 80% or more achieving 5 subjects (Maths and/or English) meet the prestigious CSEC Secondary Ivy League.

They also added a group called the Aspiring Ivy Schools highlighting those schools that are turning out 50% - 79% of grade 11 students, achieving 5 or more subjects, including Mathematics and/or English)

AND GUESS WHAT?
This time, I've nicely categorized them for you:

OK, away with the talking, let me ease your anxiety :-), 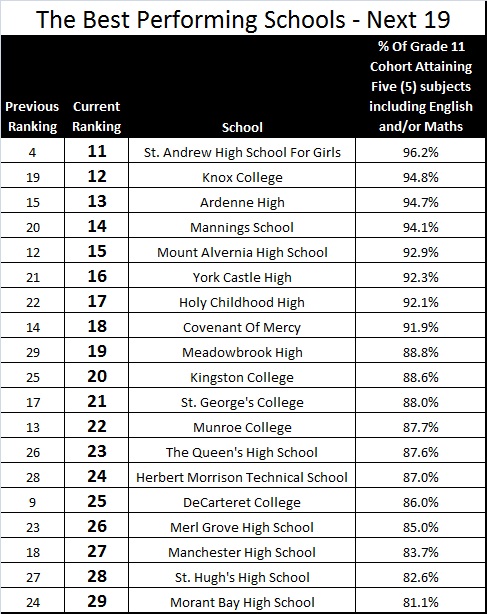 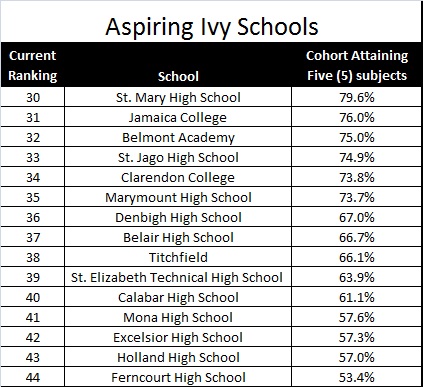 But according to Educate Jamaica, the following are quite significant:

I hope this was insightful to you.

Know someone who might be interested in this ranking?
Here is the link to send to them (Just copy and send it):

P.S. Note: Be sure to subscribe here to get the new ranking using the 2016 CSEC results when they are released.
Back To The Top Of This2 Page