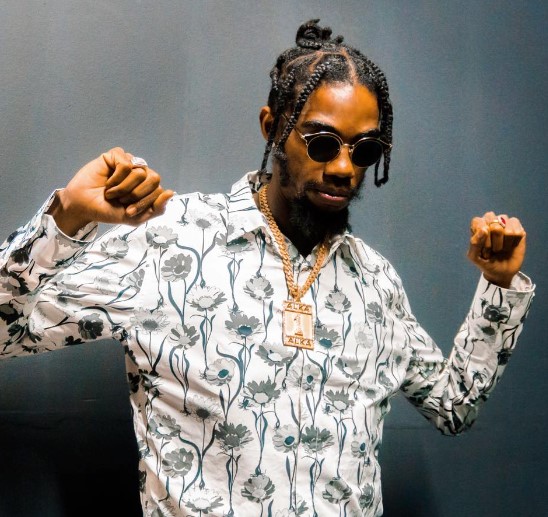 Alkaline Jamaican Dancehall musician burst onto the Dancehall scene in 2013 and has been a chart-topping artiste ever since. Do you know Earlan Bartley?

Alkaline, whose real name is Earlan Bartley, was born in Kingston, Jamaica, on December 19, 1993. He is a Jamaican dancehall and reggae musician. The Victoria Jubilee Hospital in Kingston is where Earlan was born. He attended Ardenne High School and then went to the University of the West Indies to study media and communication. He first developed a passion for music while he was a senior in high school.

Alkaline gained notoriety for his unique appearance, including his bleached skin and blond dreadlocks, but the most contentious aspect of his image at the time was his rumoured tattooed eyes.

He generated quite a stir when he announced that he had Corneal tattoos on his eyes. Alkaline's controversial action was applauded by the Jamaican population as a publicity stunt, which attracted a large music fan base.

He eventually started working with Notnice Records and UIM Records, and with the help of a string of singles like "123", "High Suh", "Bruk Out", "Things Mi Love", and "Live Life", he rose to fame in Jamaica. However, the single he was most famous for was "Move Mountains," and he went on to include it in a number of EPs and mixtapes.

The year "2016" was a recurring motif in a lot of his breakthrough music, which caused a lot of excitement because he never spelt out its significance or meaning. He would continue the hoax for roughly three years until finally admitting that the "tattoos" were nothing more than a publicity gimmick.

As the citizens of Jamaica welcomed the new year, 2016. He quickly explained that the significance of 2016 was that he had given himself until then to let his music speak for itself and stop using publicity stunts to get any kind of media attention.

His debut album, New Level Unlocked, was a result of this release. Since then, he has stopped putting on the dark contact lenses that would have covered his cornea. 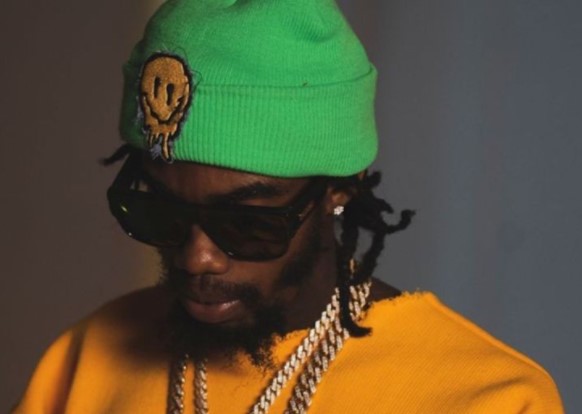 He became the first dancehall deejay to have a number-one album on the charts in five years when the album, published on March 25, 2016, went on to top the Billboard Reggae Charts and remained at the top for 18 weeks.

The third place pick for Billboard's 10 Best Reggae Albums of 2016 was New Level Unlocked. With “Formula”, "My Side of the Story", "Block and Delete", "After All", "12 PM (Living Good)", "Spoil You", "Extra Lesson" and "Badness It Name" he also had a number of successful singles that year.

He received a second nomination for a MOBO Award in the Best Reggae Act category in September 2016. His song "Champion Boy" was featured in a Red Stripe Premier League ad campaign.

Alkaline was regarded as one of the newest, hottest talents in the Dancehall genre. He distanced himself from Jamaica for a spell, concentrating more on the global scene, a move he was highly criticised for. After finishing his album tour, Alkaline decided to disprove the critics by organizing his own concert, New Rules Festival, which he brought to his native Jamaica on March 25, 2017.

The concert featured artists like Mavado, Shaggy, I-Octane, Tarrus Riley, Jahmiel, and many more, and it quickly became one of the most anticipated events of the year.

Alkaline performed his second New Rules gig in Queens, New York on September 8, 2018, at Amazura. At the Miramar Regional Amphitheater in Miami, Florida, on March 27, 2022, Alkaline performed as the headlining act at his third New Rules Festival, which also included performances by Mavado, Kranium, and Wayne Wonder.

Alkaline held his New Rules Festival in Kingston, Jamaica on July 2, 2022, in the parking lot of the national stadium. He gave the Jamaica Society for the Blind a million Jamaican dollars on behalf of his New Rules organization.

Alkaline is definitely one of the most popular and talented dancehall lyricists and he has already left his stamp on Jamaica’s entertainment scene.