Are Jamaicans African Americans?
How Do Jamaicans Identify With Race? 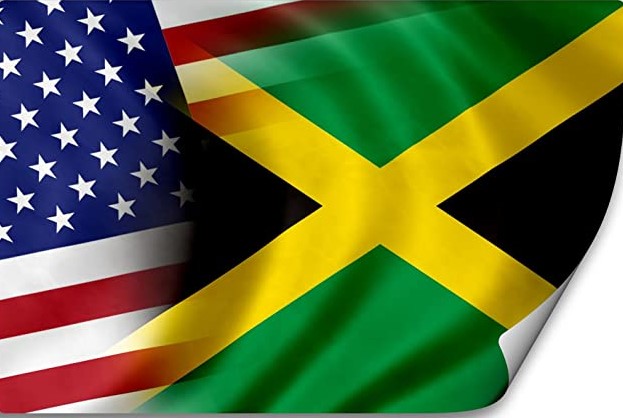 Once upon a time I would have seen or heard the question “are Jamaicans African Americans?” and taken pause, but not today. I don’t know about you but I am a frequent scroller of social media and one of the main discussions I have been seeing is what makes a person African American and who are African Americans?

Race - is described as “a category of people that shares certain distinguishing physical qualities" in the Merriam-Webster dictionary. Race often refers to a relatively small range of alternatives and is tied to biological factors and physical traits like skin colour and hair texture.

However, individuals with comparable skin tones or hair textures might be classified as belonging to distinct races. While some may be thought of as belonging to a specific race, such as Black people, others may identify more with their unique ethnicity than with their race. Any individual of any race could use this.

You may be required to indicate that you fall under one or more of the following categories on forms that ask about your race:

Ethnicity - This is used to place people into categories based on how they express and identify with their cultures. When describing someone's ethnicity, commonalities including racial, national, tribal, religious, linguistic, or cultural origin may be utilized.

African Americans, Who Are They?

African Americans, also known as Black Americans and Afro-Americans, are a race of Americans who have either some or all of their heritage in sub-Saharan Africa.

In general, those who were born in the United States and are of African descent are referred to as "African Americans."

Quite similarly to other places with a huge population of African descendants in the Caribbean, there is hardly any way to tell the specific region you are from in Africa to say for example, Nigerian-American.

Additionally, all people in America who identify with one or more nationalities or ethnic groups descended from any of the Black racial groups of Africa are included in the category "Black or African American."

The majority of first-generation immigrants do not identify as African-American; instead, they prefer to identify with their country of origin.

However, some Black immigrants or their offspring may later come to identify as African-American.

African immigrants typically do not self-identify as African Americans, according to data from the U.S. Census Bureau.

Instead, a large majority of African immigrants (95%) identify with their own individual ethnicities.

Some immigrants and their descendants from some countries in the Caribbean and Latin America may or may not also self-identify as such.

So for example, if John and Martha migrated to the United States as adults, having been born in Jamaica and spending their entire childhood and a great portion of their adulthood here, they would most likely not identify themselves as African Americans, but instead as Jamaicans with American citizenship.

However, if they, later on, had children in the States or had children who migrated when they were young, those children would end up being brought up or exposed to the American culture and would in some cases, identify as African Americans.

What Makes A Person Jamaican?

Jamaicans are both the natives of Jamaica and their offspring worldwide. With a minority of Europeans, East Indians, Chinese, Middle Easterners, and people of other mixed ancestries, Jamaicans are predominantly of African descent. Afro-Jamaicans are Jamaicans who are primarily from Sub-Saharan Africa. They are the majority ethnic group in the nation.

Also, while it is common to place the race you identify with before “American”, this is not the same in Jamaica. No matter your descent, you would still only say you are Jamaican.

So, Are Jamaicans African Americans?