Are There Snakes In Jamaica? 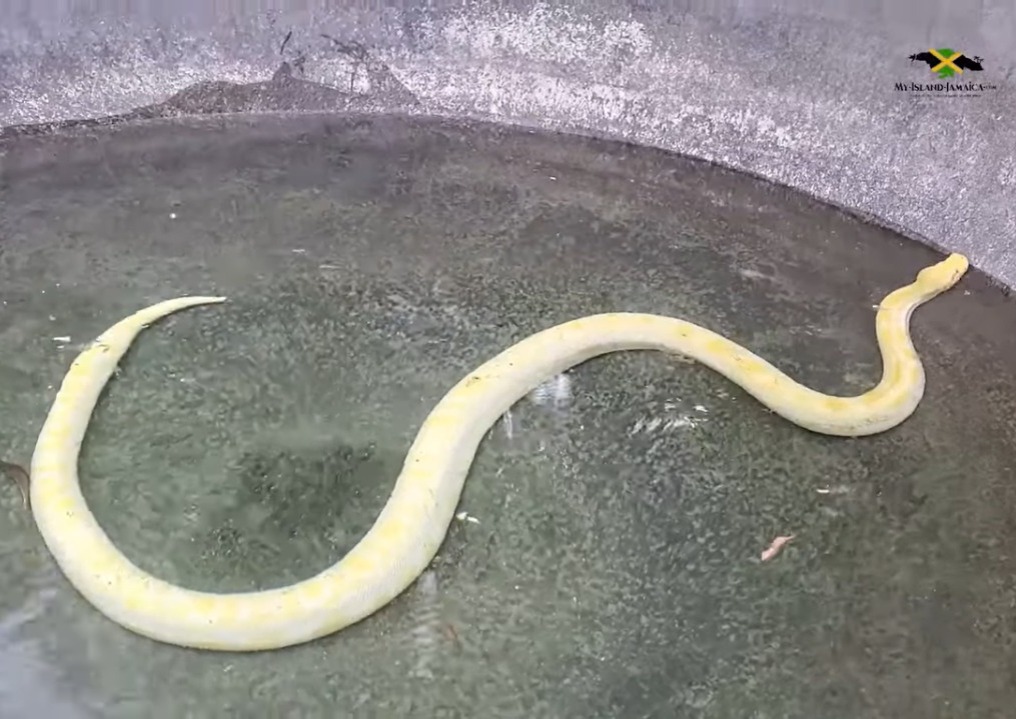 Are There Snakes In Jamaica | Jamaican Boa

Many travellers visit Jamaica to explore the island and go on wild adventures. One major concern for visitors is how safe the island is and if there are any dangerous animals that they might run into. One common question asked is, ”are there snakes in Jamaica?”

Are snakes common in Jamaica?

Jamaica is home to several different snake species, although none of them are poisonous. The snakes that do dwell in Jamaica tend to be solitary and only out at night, making it extremely unlikely for humans to ever come into contact with them.

The growth of human habitation, which has drastically destroyed their natural habitat, has had a significant negative influence on Jamaica's snake population over the last few decades. The number of snakes in Jamaica has also decreased as a result of the introduction of several predatory species. The mongoose was brought to Jamaica in 1872 in an effort to reduce the rat population, and it has had an especially terrible impact on the island's snake population.

Did Jamaica ever have poisonous snakes?

No. Studies and research have never mentioned there ever being poisonous snakes in Jamaica.

Are there snakes in Montego Bay?

What is the biggest snake in Jamaica?

Types of snakes found in Jamaica

Actually quite safe, the Jamaican boa. Also known as the yellow snake, the Jamaican Boa can reach astonishing lengths of up to six feet. The Jamaican Boa, which gets its name from being native to Jamaica, has a striking yellow and black zigzag pattern running down its body.

The biggest terrestrial predator on the island, the Yellow Snake, is non-venomous and mostly preys on lizards, rodents, birds, and bats. It catches prey by remaining still and disguised by its surroundings before pouncing on an unaware target and biting them with its needle-like teeth before strangling the victim to death.

Since the Jamaican Boa is nocturnal and prefers to live in trees, it is quite unlikely that anyone will ever come across one in the wild.

The frightening type of protection used by the Jamaican dwarf boa when confronted is to immediately bleed from the mouth and nostrils and coil up into a ball.

The grass snake often reaches a length of about 70 centimetres and has a dark green body with a flash of colour at the back of the head. They usually reside adjacent to ponds, rivers and lakes which works because they are adept swimmers.

There is no need to worry, grass snakes are also entirely harmless to people. Small amphibians like frogs and toads make up the majority of the grass snake's diet. The grass snake has a variety of tactics up its sleeve if it feels threatened.

The grass snake will release a foul stench that is claimed to smell a lot like garlic to scare off potential assailants. The grass snake can release blood from its mouth and nose, just like the Jamaican dwarf boa can. They can also fake death, a process called thanatosis.

Residential construction and the growth of the tourism sector both pose threats to their natural habitat, which is primarily on Jamaica's east coast. Additionally, imported mammals like the mongoose and feral cats that live in Jamaica frequently hunt them.

Even though they are difficult to find, if you start looking at them, you might find them. The Jamaican Blind Snake, as its name suggests, has essentially no vision. They are said to only be able to distinguish between light and dark with their two specks of eyes.

The Portland Ridge Dwarf Boa lives mostly in dry regions, hiding up behind rocks or in caves despite being so close to the ocean. Except for the fact that it has decided to remain in this specific area of Jamaica, very little is known about the habits of this elusive snake.

Sadly most (maybe all) species of snakes in Jamaica are endangered, not just by animals such as the mongoose, but by humans as well.

Because of the lack of knowledge when these snakes are discovered they are often times killed because of fear that the snake may harm them.

There are no specific sites or locations dedicated to just snakes here in Jamaica. However, the Hope Zoo in Kingston does have a display of several species.

So to answer your question, Are there snakes in Jamaica? Yes, but they are harmless, don’t let that deter you from the vacation of a lifetime.

References & Sources For Are There Snakes In Jamaica?