Are There Deers In Portland Jamaica? 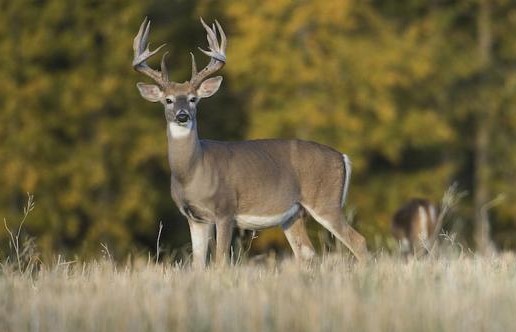 Over the past few years, there have been numerous reports about deers in Jamaica, especially in Portland. Many people don’t even know that there are deers in Jamaica. So what kind of deers are these and where did they come from?

Where did they come from?

The medium-sized white-tailed deer, or Odocoileus virginianus, is a native of North America, Central America, and South America as far south as Peru and Bolivia. It is sometimes referred to as the whitetail or Virginia deer.

New Zealand, all of the Greater Antilles in the Caribbean (Cuba, Jamaica, Hispaniola, and Puerto Rico), as well as certain European nations like the Czech Republic, Finland, France, Germany, Romania, and Serbia, have also received it.

It is the most widely dispersed wild ungulate (an animal with hooves that is often a herbivore and belongs to a major mammalian taxon.) in the Americas.

How did they get to Jamaica?

There is no set date or much information about when the white-tailed deers were first brought to Jamaica. However, a popular tourist attraction, Summer Set Falls, had white-tailed deers. In the 1980s, well the years 1988 to be exact, during Hurricane Gilbert which was one of the worst hurricanes in Jamaican history, 6 white-tailed deers escaped from summerset falls and went out into the wild.

Farmers in Portland suffer severe losses as a result of their predation on domestic crops like carrots and pumpkins. Sightings have also been reported in the nearby parish of St. Thomas, as well as Stony Hill, St. Andrew, and other locations.

A 2018 gleaner article reported that according to Shauna-Lee Chai's 2003 investigation of the distribution, population, and socioeconomic effects of the herbivores in Portland, their habitat was only a 19-kilometer square area.

Due to their extremely high rates of reproduction and low mortality rates, deer populations can grow quickly in the right circumstances. Despite a severe drought, anecdotal evidence suggests that these temperate mammals—which typically live in snow-capped mountains in North America—are reproducing in large numbers in Jamaica due to the abundance of lush vegetation throughout the year.

The doe typically gives birth to one fawn after a 205-day gestation, but a population explosion is being fueled by favourable local tropical conditions. The elder ones often have up to two fawns, and there is anecdotal evidence that they have two the first time they give birth because the food supply is so abundant.

But now, there are reports of persons seeing them with three or four fawns. This is because Jamaica has a food surplus and no natural predators, unlike North America.

The number of deer that may be hunted is unlimited, unlike with birds, and there are no time constraints.

NEPA (National Environment and Planning Agency) will nonetheless prosecute any hunters who pursue the mammal in a designated protected area, such as a game reserve, game sanctuary, or forest reserve, to the fullest extent of the law, even though it won't be supervising the deer hunting as it normally does with bird shooting.

A parish court conviction under the Wild Life Protection Act carries a maximum fine of $100,000 or a maximum 12-month jail sentence.

Facts About the White-Tail Deer

Now the question can be asked, should these animals be provided with more protection or should they be encouraged to be hunted because of their detrimental impact on farmers, crops and vegetation?