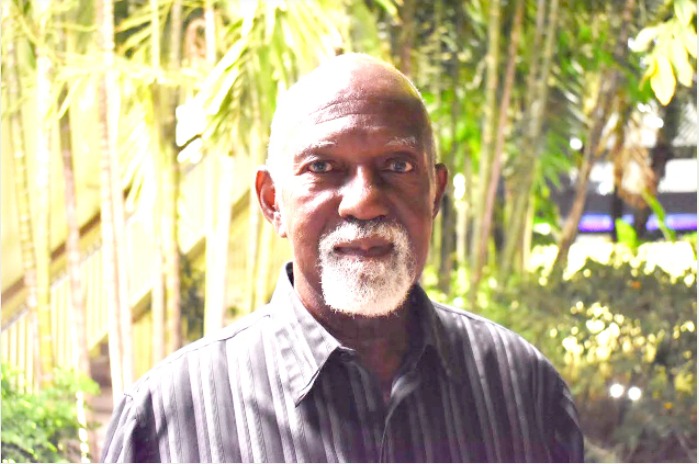 Jamaicans are creative, artistic and talented. Among us you will find authors, artistes and artists, poets, and many more. A considerable number of them do not gain the attention and praise they deserve. However, they each play their part in making our culture what it is today. The irrefutable evidence of their contribution is part of what makes Jamaica what it is, so much so that regardless of how small our island is, we have a culture that is so unique and captivating, that it garners global attention. One such poet who has played a major role is Mervyn Morris.

When Was Mervyn Morris Born?

Mervyn Morris was born in 1937 in Kingston, Jamaica. He studied at both the University of the West Indies and St Edmund Hall, Oxford as a Rhodes Scholar. He is the island's current Poet Laureate of Jamaica. He is a professor emeritus at the University of the West Indies, a poet, essayist, and editor to many other Caribbean authors. He has received many awards and recognitions. Some of which are:

What Is Mervyn Morris Known For?

Mervyn Morris is known widely for his reading on Louise Bennett Coverley's “ Seriously” in the Jamaica Festival Literary Competition. Morris is considered one of the top poets in Jamaica and the West Indies at large. His collection of poems includes:

What Type Of Poems Does Mervyn Morris Write?

Mervyn’s poetry strongly depicts different aspects of Jamaican culture and what day-to-day living is like. He speaks of mortality, sexual desires and love, betrayal and friendships, and joy and grief.

Yes! Mervyn Morris is still alive and is one of the few living recognized poets from Jamaica.

One poem by Mervyn Morris that is frequently studied and analysed in secondary and tertiary institutions in Jamaica is “Little Boy Crying”. It was published in 2006 as a part of his collection “I Been There, Sort Of”. Here is a sample of his work and a brief analysis of the message being conveyed.

Your mouth contorting in brief spite and

Hurt, your laughter metamorphosed into howls,

With three-year-old frustration, your bright eyes

You stand there angling for a moment’s hint

Of guilt or sorrow for the quick slap struck.

The ogre towers above you, that grim giant,

Empty of feeling, a colossal cruel,

At last. You hate him, you imagine

Or plotting deeper pits to trap him in.

You cannot understand, not yet,

The hurt your easy tears can scald him with,

Nor guess the wavering hidden behind that mask.

This fierce man longs to lift you, curb your sadness

With piggy-back or bull-fight, anything,

But dare not ruin the lessons you should learn.

You must not make a plaything of the rain.

The title of the poem alone will give you an idea of what to expect, a little boy crying, but there is way more to it. The words “little” and “boy” suggest innocence and vulnerability. The first stanza tells us that the boy is obviously happy and laughing then suddenly becomes sadden and enraged.

Even though it’s written in the second person, Morris does so in a way that it seems to be written from the little boy’s point of view, his feelings, and what he is experiencing at the time being put at the forefront. But even though angry he’s still hoping and looking for a glimmer of remorse from his parent for hitting him.

In the second stanza, it shows the boy to be even angrier than before, to the point of hatred where he fantasizes about hurting his parent. There's a change in the tone of the poem in the third stanza, one where it is no longer focused on the feelings of the child but those of his father instead, it is no longer hateful but softer and sad.

The writer, Morris, is saying that the father is remorseful even though he might not show that to his son. That he would rather play with his son rather than punish him and make him cry but he had to teach him a lesson.

This selection and many more of Mervyn Morris’ poetry reveals to us that he is the type of poet who has the gift of capturing the very essence of Jamaican culture. He is unafraid of  hitting on issues that many wouldn’t have the courage to do.

Other Pages Related To Meryn Morris