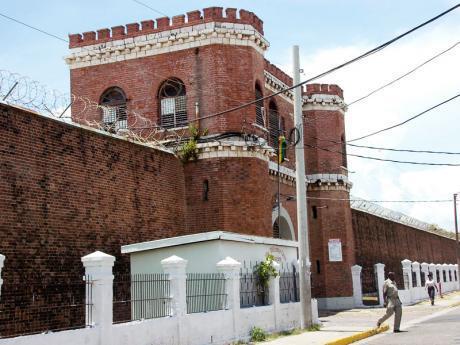 The prisons or correctional facilities as they are now known were introduced to Jamaica in 1845, a few years after Emancipation. Because of this, many of the prisons in Jamaica are sites for old slave trading or holding areas for slave carts after they disembarked the ships at the ports.

Prisons in Jamaica are operated by the Department of Correctional Facilities on the Behalf of the Ministry of Justice.

How many prisons are there in Jamaica?

We currently have 11 correctional facilities or prisons in Jamaica, 6 for males, 1 for females and 4 for juvenile offenders.

What is the difference between a correctional and a remand centre?

A remand centre is where persons are held who are awaiting trial or sentencing. A correctional centre facilitates the rehabilitation of prisoners held after conviction.

Do prisons in Jamaica have conjugal visits?

No, Jamaican prisons do not facilitate conjugal visits.

Fort Agusta was not originally built to be a correctional facility. When construction began in 1740, it was to provide defence for the Kingston harbour against enemy ships entering the harbour. The fort was originally outfitted with 80 guns at the time of completion in 1755. The Fort’s name was in honour of King George III’s mother Augusta.

Between 1808 and 1968 it was used for additional space for the prisoners sent to the General Penitentiary. In 1968, it was refurbished and established as the Fort Agusta correctional centre for women. It can accommodate up to 250 female prisoners but, there is a history of there being more persons being accommodated there.

The Tower Street Adult Correctional Centre, formally the General Penitentiary was built and used during the colonial era as a slave trade ground. There are underground tunnels built into the facility to accommodate the trading of slaves.

After Emancipation, it was renovated and converted to facilitate a prison instead. It was designed in the separate cell system, where inmates were to be isolated, however, it is common for prison cells to be shared as the prison built for 650 inmates has held up to 1700 on occasion.

Up until 1975, both males and females were housed here but the women were eventually relocated to the aforementioned Fort Agusta.

After the British took over control of Jamaica from Spain, this site was used as a holding area for enslaved persons who were just landed in Port Henderson. Formally called the Spanish Town Prison, it was built to accommodate 850 male inmates but, there have been many instances where it has been made to house significantly more.

It is one of two adult male remand centres and also was the only death row on the island after the Gallows were relocated in 1898 from Falmouth, Trelawny. The time the Gallows were used was in 1988.

The United Church of Jamaica and the Cayman Islands in partnership with the Department of Correctional Services in Jamaica established what is known widely as the Old Man’s prison in 1977.

Prior to this, the New Broughton Boys Home was located on the premises. Now, men aged 55 and older who are at limited risk, are housed at this location. It has accommodations for up to 80 inmates at a time.

The prisoners are kept in open dorms with little fencing around the premises. Inmates are also given the opportunity to farm and the produce is sold to the community.

This institution was annexed to the St. Catherine Adult Correctional Centre (District Prison, from 1949 to 1972 when it became its own correctional centre. The institution encourages agriculture as a part of its rehabilitation efforts. It can only accommodate 275 inmates which makes it one of the smaller prisons in Jamaica.

Horizon Adult Remand centre was opened in 2001 and has the capacity to accommodate 1026 inmates. Today it stands as Jamaica’s only maximum-security prison. In 2005 it was also given the function of a correctional centre as well to house high-risk inmates sentenced to prison by the court.

Like many other prisons in Jamaica, this is a reformed building from the days of colonial Jamaica, in this case, a sugar plantation and great house in St. Mary.

In 1944 the prison was commissioned as a low-security correctional centre with a major emphasis on farming as a means of fostering rehabilitation. The prison housed up to 235 first time offenders serving long prison sentences.

Juvenile offenders are not housed in the same facilities as adults, there are institutions available to accommodate them for rehabilitation with programmes specifically tailored to their needs. Namely:

This correctional centre started out as an adult prison and was known as Gun Court Prison as it was built in response to, the influx of gun-related crimes that were seen in Jamaica at the time. It was opened in May 1974 and operated as both a prison and a court.

The Gun Court was eventually moved to King Street in 1998 and adult inmates were sent to other locations. In 2013 it was converted to the juvenile correctional and remand centre for females with the transfer of female wards from Fort Agusta, Horizon and Diamond Crest remand centres.

This juvenile correctional centre sees the rehabilitation of male wards between the ages of 12-18. It can house up to 120 boys in need of institutional care. They are exposed to different behaviour intervention programmes including anger management and conflict resolution.

Academic and Vocational Intervention is also available and the boys have access to different exam bodies and external exams including Caribbean Examination Council (CXC). Metalwork, tailoring, auto mechanics and catering are just a few of the vocational activities available to the boys as well.

This maximum-security institution is used to house boys who have committed offences against the law. It has accommodations across the dormitories for 98 boys but there have been instances where more than 100 boys are placed there.

Boys at this facility are exposed to educational, social, emotional and spiritual rehabilitation. Vocational skills are also a big part of the rehabilitation measure in place.

Prisons In Jamaica No Longer In Operation

Sometimes people make mistakes that deem them unfit to be a part of society without rehabilitation and often times that means a number of years in prison.

Prisons in Jamaica are used for that purpose, to give offenders a chance to reflect on their crimes and, if possible rejoin society as reformed citizens.

References & Sources For Prisons In Jamaica