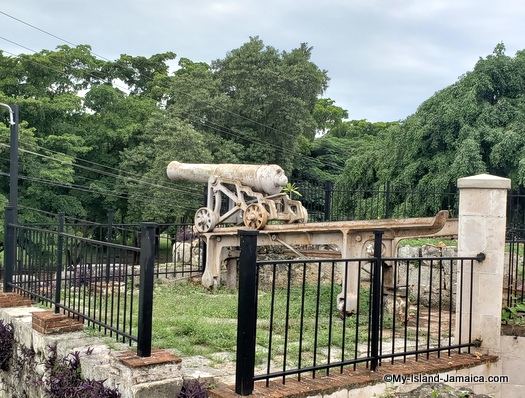 A quick look back in history reveals that Europe, meaning European countries, conquered approximately 84% of the world between the years 1492 -1914!

Evidently their main reason was for imperial ambitions.

Conquering and claiming land as their own enabled them to expand their empire.

Their superior skills in warfare, advanced technologies and I dear say, hunger for new lands, made them a thriving empire for several centuries.

It was the expedition of Christopher Columbus that unearthed the existence of the Western World.

If you are familiar with history then you must be aware of the early theory that the world was flat. So it was believed that if one were to sail beyond the horizon they would fall off the earth!

This myth played an important role in Columbus voyage, as he believed that by sailing west he could reach Asia.

After seven years and many attempts of trying to convince the Spanish Monarch, Queen Isabella and King Ferdinand accepted Columbus’ request and he commenced with his journey on August 3, 1492.

They equipped him with everything that was necessary for his expedition: 3 vessels (the Niña, the Pinta and the Santa Maria) crewmen, and food.

This voyage led the Spanish to the Caribbean on October 12, 1492. However, he did not come across Jamaica until 1494 when he made his second voyage.

After Columbus’ death, his son, Diego Columbus, was appointed governor of the Indies in 1508. The island was given to Columbus’ family by the Spanish Government.

In 1509, Diego Columbus appointed Juan de Esquivel as governor of the island. This is where the beginning of colonization on the island of Jamaica.

They developed the town and constructed a fort, cathedral, governor’s palace and a sugar works.

In addition, animals, such as pigs and goats, were reared for their skins and fat.

However, settlement in New Seville was short-lived. The town was close to mangrove swamp lands, making it unhealthy for the inhabitants. Consequently, they traveled to the south of the island and developed Jago de la Vega or Villa de la Vega.

Presently, this town is what we now know as Spanish Town.
Diego Columbus is said to have laid the earliest stones in building the city. Unfortunately, he died before the completion of the town.

Despite efforts by his son, Don Luis, to maintain his rights to the island, the Spanish crown took control of Jamaica in 1640.

The Spanish also established other settlements:
For example:

Cattle ranches were established in low-lying areas, and many of these are also sites of now towns:

Other than talking complete control of the island, the Spanish also had a major impact on the inhabitants of the island. The Tainos, the indigenous people of the island, were totally annihilated by the brutal treatment of the Spaniards.

The once peaceful, easy-going people were forced into slavery and forced to work under harsh conditions. The Tainos also succumbed to the various disease, such as smallpox, measles and influenza, brought by the Europeans.

It was said that many Tainos killed their own children and committed suicide, as they saw death as the only escape from their suffering.

Jamaican Governor, Fernando Melgarejo, attempted to stop the extinction on the Taino race by placing them in a specific area to live. Although the Tainos supported the idea, the Spaniards refuted because they want the Tainos for labour. As a result, the Tainos soon became extinct.

At this time, Spain had become extremely powerful, claiming most of the territories.

This sparked the interest of other European nations. Eventually they decided to overturn Spain’s stronghold over the Caribbean and claim some of it for themselves.

In fact, the French were the first to attack Jamaica in 1555. This became the beginning of ongoing plunder and trade in Jamaica by the French, Dutch, Italian, Portuguese, and English.

However, Spain’s hold on Jamaica ended in 1655 by the British.

The British had begun to develop their island colonies and extended their power to the Caribbean. Oliver Cromwell, Lord Protector of the Commonwealth of England, referred to this plan as the “The Western Design”.

Led by General Robert Venables and Admiral William Penn, the British failed in their attack on Hispaniola in April 1655.

Since they couldn’t return home without a victory, Penn and Venables decided to capture Jamaica. The English landed in Kingston Harbour and infiltrated Villa de la Vega. The community easily surrendered, forcing the governor Cristóbal Ysassi, his fellow Spaniards and the slaves to retreat to the mountains.

In must be noted that the escaped slaves formed the Maroon camp in the forest. Ysassi and his men used tactics to reclaim back Jamaica, however they were driven from Ocho Rios in 1660, resulting in British completely successful claiming the island.

During their first year in Jamaica, the English presence can be described as gloomy. However, since attractive land grants were given out to British citizens and special trading rights were allowed for Jamaican products, more individual began to show interests in Jamaica.

In 1670, through the Treaty of Madrid, Jamaica formally ceded to the British.

At first the island was used as an important shipping base, since it was situated between the Spanish island and the Spanish mainland. However, as time progressed, the importance shifted towards crop production. There became a need in Britian for a sweetener for teas and confectioneries.

Since honey was expensive, sugar was the next best option. Due to the Caribbean’s warm tropical climate, it became the haven for sugarcane production.

This sparked the flames of the Triangular Trade, which saw West Africans being taken from their homeland to work as slaves on the sugar plantations.

The brutality and mistreatment of slaves have been formed an unforgettable part of our history, one that has left a deep wound.

After centuries of enslavement and slave rebellions, slavery became abolished in Jamaica in 1838. However, the country was still under British rule.

In 1962, Jamaica shed the shackles of British rule and became an independent nation.

Evidently both the British and Spanish have left a mark on Jamaica that will continue to last for generations. Many Caribbean nations have called for reparation from the Britain Empire. After all, their wealth were basically built on the back of our ancestors.

Whether or not you agree on the topic of reparation, it is undoubted that colonialism have left a major mark on Jamaica and the remnants are still visible.

P.S. Be sure to also read more on the major historical events in Jamaica.