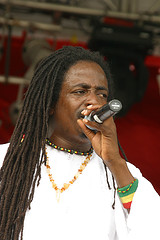 The most identifiable symbol of the Rastafari religion is probably their dreadlocks. The reasons behind growing one's hair as a Rastafarian are simple. So before we get into the reasons to cut your hair let’s talk about how and why it is grown first.

Why Do Rastas Grow Their Hair?

The Rastafari decision to grow hair comes as 1 half of the Nazarite vow. In addition to pledging to an I-tal diet, Rastafari’s must vow to grow their hair out. One of the largest sources of proof for this is Leviticus 21:5 which says, “They shall not make baldness upon their head, neither shall they shave off the corner of their beard nor make any cuttings in their flesh”). Therefore the Rastafari decision to grow their hair has a spiritual connection.

It is also seen as a connection to Africa, the motherland in many ways. The locks symbolise the mane of a lion and that is significant for two reasons. Ethiopia is considered the promised land and one of the titles given to Ethiopian Kings is “Lion of Judah.”

The third reason is a little more obvious, Emperor Haile Selassie was known to have lions as pets. The lion is considered by Rastafari a gentle creature who is powerful when provoked which is something they believe they relate to. Unsurprisingly, the style of hair has African origins and the earliest people to have worn this hairstyle is thought to be the men of the Masai tribe in Kenya.

Some Rastafarians submit that they believe Solomon wore dreadlocks and resolve to do the same.

Jamaica, even today, has a very eurocentric sense of fashion and beauty. Some Jamaicans in post-emancipated Jamaica defied these standards of beauty and the ideals they were forced to live under during slavery and began wearing freeform locks.

Europeans thought of the hairstyle as “dreadful” which is widely believed as the source of the current name “dreadlocks”.

When Would A Rasta Cut Their Hair?

Most Rastafarians will not cut their hair under any circumstances. You can often see Rastafarians who have been growing their hair for years come up with innovative ways to contain their hair when it becomes too long to be worn hanging down. Case in point, Bob Marley’s son, Damion “Junior Gong” Marley, puts his locks in a backpack when playing football.

However, for some Rastafarians cutting their hair after attending a funeral is a common practice. They do this because they have defiled themselves by having an encounter with the dead which makes them unclean. Therefore, to purify themselves, they must remove their locks and regrow them.

Unfortunately, although this is not done willingly or without protest in most instances, cutting the hair of a convicted person who is to be incarcerated, is customary in most penitentiaries around the world.

Though the religion is of Jamaican origin, it wasn’t until 1992, when a prominent Rastafari leader in Bongo Manny was convicted that the first Rastafarian was legally allowed to keep his hair during a prison sentence.

During types of oppression for the Rastafarians in Jamaica, notably the Coral Gardens massacre in 1963, they were often convicted for contrived or trivial reasons and subjected to having their locks shaved off, this saw many Rastafari retreating to the hilly inland areas for refuge.

Today, there are still no policies in place to protect a Rastafarian from getting trimmed in jail as has happened as recently as 2017 to Nzinga King, a teen who was detained at the Four Paths police station in Clarendon.

Law enforcement still sees it as a way to intimidate Rastafarians, and the phrase, “ mi will trim you,” is often said to Rastafarians.

The Rastafari always point back to Samson, who is believed to be a Nazarite with dreadlocks. Samson was told from a young age that he should never cut his hair as it would cause him to lose his unmatchable strength.

When his enemies found out about his weakness they quickly shaved Samson’s hair and he could no longer protect himself or his people from the Philistines. He lived the majority of his life following the ordeal blind, incarcerated and subjected to ridicule.

As his hair grew back, he slowly regained his strength and eventually killed many Philistines and himself after pushing over two pillars at a party the Philistines were having.

Much like Samson, Rastafarians believe that cutting their hair will cause them to become weak.

Do Rastas Cut Their Hair?

Most Rastafarians will never cut their hair nor apply unnatural substances to it. For example, you will never see a Rastafarian woman with relaxed or synthetic hair. This rule relates to their vow to the Rastafari lifestyle and to treat the body as a temple.

I see you are intrigued by the Rastafari religion and culture. Maybe you’ll find these interesting as well:

References & Sources For What Happens When A Rasta Cut Their Hair?