What Is CARICOM?
How Does It Benefit The Caribbean? 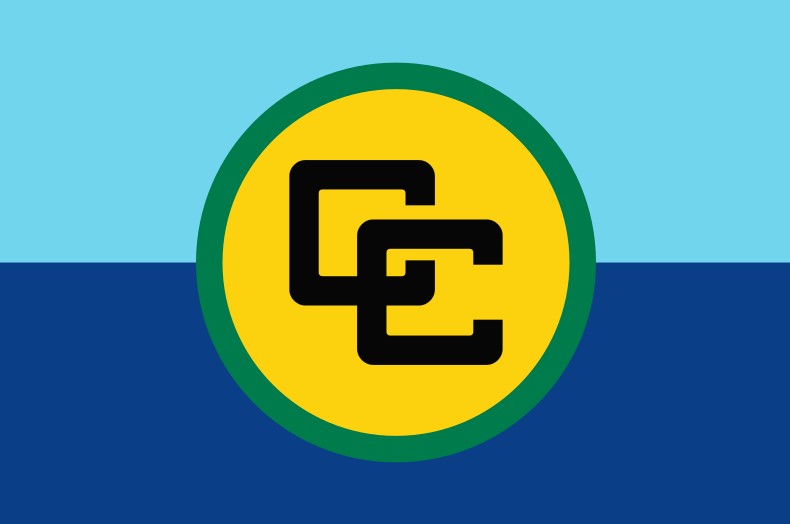 What Is CARICOM? | The CARICOM Flag (Photo: wikipedia.com)

CARICOM is one of the oldest surviving integration movements in the current world. How does CARICOM serve the Caribbean? What are the benefits?

After a majority of the Caribbean countries had received independence, the concept of uniting all these small nations came to be and was actualised through the establishment of CARICOM, the Caribbean Community.

What does CARICOM mean?

CARICOM an acronym for Caribbean Community is the organisation responsible for regional matters affecting the interest of the member states and the unification of the Caribbean through a shared interest in various sectors.

When was CARICOM formed?

The Caribbean Community and Common Market were established by the signing of the treaty of Chaguaramas, on August 1st, 1973 in Trinidad and Tobago. This initial singing was done by the Prime Ministers of the founding members Barbados, Jamaica, Guyana and Trinidad and Tobago.

But it must be noted that this was not the Caribbean nations' first attempt at regional integration, the West Indies Federation precedes it.

The Federation’s core members and goals were the same, the full outfit of countries being: Antigua and Barbuda, Barbados, Dominica, Grenada, Jamaica, Montserrat, the then St Kitts-Nevis-Anguilla, Saint Lucia, St Vincent and Trinidad and Tobago.

However, it was not meant to be. Trinidad and Tobago were the first to withdraw their membership followed by Jamaica, which led to the collapse of the federation in 1962 just four years after its inception in 1958.

Trinidad and Tobago, though withdrawing their membership put forth the concept of the CARICOM instead consisting of all the original members of the federation and sovereign states or dependent nations in the region who wish to join. It would take over a decade before the treaty of Chaguaramas but we eventually got there.

How many countries are part of CARICOM?

Today, there are 20 members; 15 member states and 5 associate members a considerable increase in the initial four countries; Barbados, Guyana, Jamaica and Trinidad & Tobago.

The other countries that are now a part of the Caribbean Community are:

For example, there are only expected to be a part of deliberations in which they have a direct interest. Associate members are also permitted to all institutions of CARICOM except the Council of Foreign and Community Relations.

Members meet twice yearly to properly discuss the issues both regional and international, affecting the Caribbean and to shape shared policies throughout the member states.

Each member has equal say in the policies and policies are not influenced by the population or economic status of each country.

Who can join CARICOM?

The treaty of Chaguaramas in its initial form and the revised version of 2002, both make it clear that admission to the CARICOM is open to all states and territories in the Caribbean that is in the opinion of the leaders of CARICOM in a position to exercise the rights and assume the responsibilities of membership.

What is the Main Purpose of CARICOM?

The idea of CARICOM was built on economic integration, foreign policy coordination, human and social development and security throughout the Caribbean countries that are member states of CARICOM.

These four areas, described as the “pillars of integration” seek to ameliorate the region by:

I spoke earlier of the shared interest of these nations. There are quite a few similar struggles between all the nations that are a part of CARICOM and even those in the Caribbean who are not members or associate members.

For one, all CARICOM countries are still developing countries that are comparatively small to countries outside of the region namely the United States, Canada and Europe.

Most of these countries had a heavy dependence on agriculture, mining or both for decades and have had to transition from those two sectors to more service-driven markets such as tourism and hospitality.

Also, the Caribbean is exposed to quite a number of natural disasters majorly hurricanes, floods, droughts and to a lesser extent earthquakes and volcanic eruptions.

The region is very vulnerable to external financial shocks. A common phrase in Jamaica is that if America sneezes, Jamaica has pneumonia. We have an economy that is heavily tied to the economies of more developed nations through imports and exports as well as remittances a trait shared with quite a few Caribbean countries.

When is CARICOM Day?

What Is CARICOM? | Flags of Member and Associate Member States

The first day of July is CARICOM day though it is not actively celebrated by all members of the Caribbean.

Who is the President of CARICOM?

CARICOM does not have a president. The head of the organisation is referred to as the Chairperson. This is currently President Chandrikapersad Santokhi of Suriname.
While CARICOM has a far way to go when it comes to unifying the Caribbean, its accomplishments so far are worth celebrating.

References & Sources For What Is CARICOM?