Where do you fly into Jamaica? 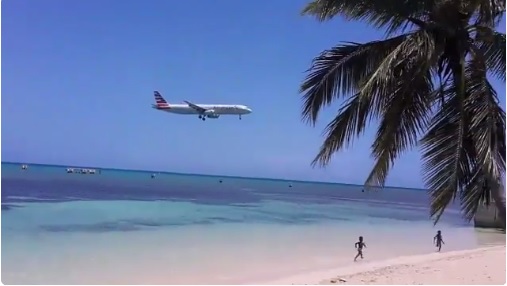 When you think about Jamaica, your mind usually wanders off to beautiful sunsets, sandy beaches, scrumptious meals, Appleton rum and entertainment.

But, before you can actually start enjoying the luxuries, you obviously have to get to Jamaica, right?

And it is either via air or sea.

Although Caribbean cruises are very popular, the most common mode of transportation to Jamaica is by air.

But before you start booking your flight to the island paradise, you have to decide where you want to fly into Jamaica. This “where” refers to the port of entry.

When choosing the port of entry, several things must be considered. Among them include...

But let’s get back to the question at hand...

Where do you fly into Jamaica?
Currently, there are three international airports available in Jamaica.

It’s not very surprising that the largest of the three airports can be found in the sun city, Montego Bay.

After all, Montego Bay is known to be a tourist magnet attracting people from all over the world. The airport was originally named the Montego Bay Airport; however, it was renamed after Jamaican Prime Minister Sir Donald Sangster.

The airport is so popular that, it is often referred to as the gateway to the Caribbean.

Which airlines flies to Montego Bay's Donald Sangster International Airport?
Here they are.

The wide degree of amenities available at the airport have made the Sir Donald Sangster International Airport tourist friendly.

For instance, a wide range of ground transportation is available that caters to the needs of tourist. So if you want to rent a car you can do it.

If you want to travel by large buses, you can do it. Even if you wish to travel via air, domestic flights are available to other parts of Jamaica. It’s all up to you.

If you like to shop or want to take home a souvenir, the airport has a wide array of duty-free shops.

So if you are planning to visit Negril, Ocho Rios, Montego Bay, and surrounding areas, the Donald Sangster International Airport is the best for you.

The Norman Manley International Airport is located in the nation’s capital Kingston.


Which airlines flies to Kingston's Norman Manley International Airport?
Here they are.

Before, it was known as the Boscobel Aerodrome and only accommodated domestic flights. The airport has now been modernized and renamed after Ian Fleming, the author and creator of James Bond.

However, plans are in the pipeline to have the airport expanded in order to accommodate large scale commercial flights.

The Jamaica Information Services reported, on March 30, 2018, that Transport and Mining Minister, Robert Montague broke ground for the expansion of the airport.

So now you know exactly where to fly into Jamaica, the next step is simply to book your flight, right?

And by the way, several of these have non-stop flights to Jamaica, simply visit the airlines' website for further information.

Lol. I know is not as easy as that but I hope I provided you some helpful information.

See you (eventually) in Jamrock!

Related: Getting To Jamaica