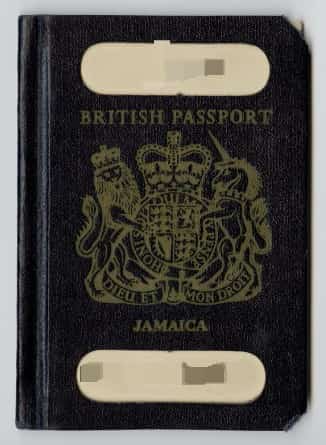 Given the history of British colonisation in Jamaica, it isn’t surprising that this is a very often searched question, are Jamaicans, British citizens?

As of today, Jamaica being independent of British governance, no we are not. But, prior to Independence, Jamaicans had a British passport.

The British Nationality Act of 1949 gave every British subject including those in crown colonies (of which Jamaicans were), became a Citizen of the United Kingdom and Colonies. This gave subjects of Britain free access to all countries of the commonwealth and all foreign countries.

The all-black hardcover passport had the words British Passport written at the top in gold, the British Royal Arms in the centre and the name of the colony at the bottom, in this case, Jamaica.

On the inside cover, a declaration from the Governor General of Jamaica was written, requesting passage and assistance for the person who owned the passport.

This was how the people of British Jamaica travelled up until 1962. 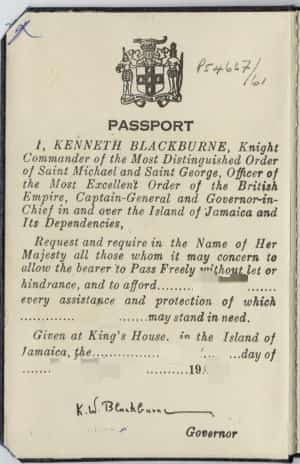 After Jamaica gained Independence, Jamaicans who were not yet residing in England were no longer given automatic citizenship for obvious reasons. But those who resided in England before that time, a part of the group from the Caribbean known as the “Windrush Generation” were given indefinite leave to remain in the country.

However, this was voided if the person remained out of the country for more than 2 years. This law was not properly explained to many persons and so they were denied entry when trying to return to England after staying in Jamaica and other former colonies for an extended period.

Although Jamaicans were no longer citizens after 1962, all you needed to fly to England was your shiny new Jamaican passport. That is, until 2003 when a new law was passed requiring Jamaican nationals to have a British visa when travelling to the UK.

The law was necessitated because of the common practice of Jamaicans to travel to the UK for vacation and not return home. This included unaccompanied minors who would travel to England and less than half would make the return trip to Jamaica. This accounted for many illegal immigrants and undocumented persons living in the country and visas were a way of regulating this.

The 2003 decision left many at the time, who had already bought tickets scrambling to meet the new requirement and still make the trip on their already booked flight.

Persons from both countries were also using the relaxed entry measures between both countries as a way to carry out illegal activities such as drug and human trafficking.

All this caused significant delays at airports, especially for those with legitimate reasons to travel between the countries. Many of whom were included in the number of persons who were refused entry and asked to return to Jamaica immediately.

After this, it became quite difficult for Jamaican citizens to get British visas let alone travel to the UK. Presently there are various kinds of visa to apply forthwith the most popular one being the standard visa which lasts for one entry or 6 months. This is also significantly cheaper than the other tiers of British visas available to Jamaican citizens.

There have been reviews of the imposed visa on Jamaican citizens for travel to the UK as recently as 2019, but as the British High Commissioner stated, Jamaica has a long way to go before the visa requirement is lifted and travel between both countries could become more lenient.

As it stands now, British nationals can enter the country of Jamaica without no visa requirements and can stay legally for up to 90 days before they must leave or apply to the Passport Immigration and Citizenship Agency (PICA) for permission for an extended stay.

Contrastingly, it is alot more difficult for Jamaicans to gain admission (even with a visa) to the UK, a direct result of the county’s link to crime.

This is slowly changing as the percentage of British visas granted in Jamaica has increased over the years. A clear indication that travel is becoming slightly less challenging than in the years passed.

But, to reiterate the answer to your initial question, "Are Jamaicans British citizens?", no, we are not, but hopefully travel between the two countries can be less stressful in the future.