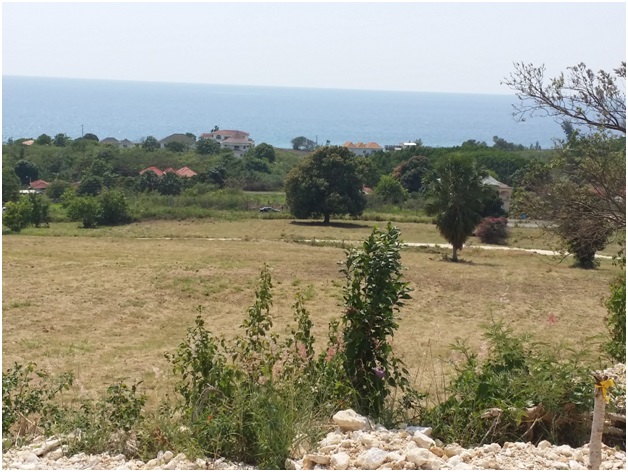 Did you know you can lose your land - even if you are paying your taxes?

So you have been living overseas for a while but your real intention is to return to Jamaica and build your dream home.

Your close friend who still resides on the island tells you about a plot of land that he/she thinks is ideal for the dream house you have in mind. You hop over to the island do the paperwork and you are happy because this piece of land is really a dream spot.

The deal inked and you return to your “icebox” residence, working furiously work and saving ardently, all with your dream house in mind.

It is taking you a while, despite your best efforts but you remain committed and responsibly ensure that your taxes are paid timely.

After 12 years of dedicated saving and really COLD winters you decide to come to Jamaica to begin building your dream. However, there is just one simple challenge; squatters are living on your land.

A squatter is a term used in Jamaica to refer to an individual who has taken possession of land and created a residence on it without permission from the legal owner. The squatter at times even construct concrete structures and establish business!

If this is your problem it’s not a small problem at all.

According to my friend who is an attorney here in Jamaica, this is the number one way to lose ownership of your land here on the island.

The laws which relate to land ownership indicate that if anyone who has been able to occupy a piece of private land unmolested for 12 consecutive years, the said individual has now become the owner. PHEW! I was totally taken aback.

“But I’m paying my land taxes!” I screeched.
“It doesn’t matter.” he reasoned calmly.

The law says that the individual was living there and no legal steps were taken to have him/her evicted from the property (notices are not regarded here) then he/she owns it.

By now I’m thinking that this has to be crazy so I asked him who came up with this idea in the first place. He says that these laws originated in England after World War II.

At that time there was a push to make the country productive again. The lands were riddled with unexploded German bombs and landowners were not especially keen to take back their lands for fear that they would come across such bombs and meet an unfortunate demise.

That was when the government rewarded the brave (or foolhardy) individuals who ignored safety and risked their lives to make the lands profitable.

Given this scenario if the individual returned the land to productivity then he/she became the new owner.

Jamaica adopted this law not because we had unexploded bombs lying around, but as a driver for economic growth, which I believe is the spirit of the law here. It’s not really to dispossess the owner out of spite.

According to the attorney, the reasoning is that Jamaica is a small country and it is therefore not economically viable to have vast amounts of lands lying idle when if such lands were put to productive uses they would have been contribution to the economic advancement of the country. Let’s score one for the economists.

I have learned also that this law also applies to what is called Crown Lands, which are lands belonging to the state (government).

In this case however, a period of 50 consecutive years has to be expired before the squatter can claim owner’s rights.

Over the years I have also seen successive governments adopt or develop policies to formalize settlements of squatters across the country.

Sometimes there are bitter battles (even this week), between legal owners of lands and squatters; property is demolished, lives are interrupted and general bad blood and the feeling of injustice permeates.

By now I’m guessing that you are asking the big question,
“How can I avoid this from happening to me?

Here are some invaluable suggestions:

Now you know! Don't let that happen to you.

P.S. For further information, be sure to contact your local or real estate attorney.