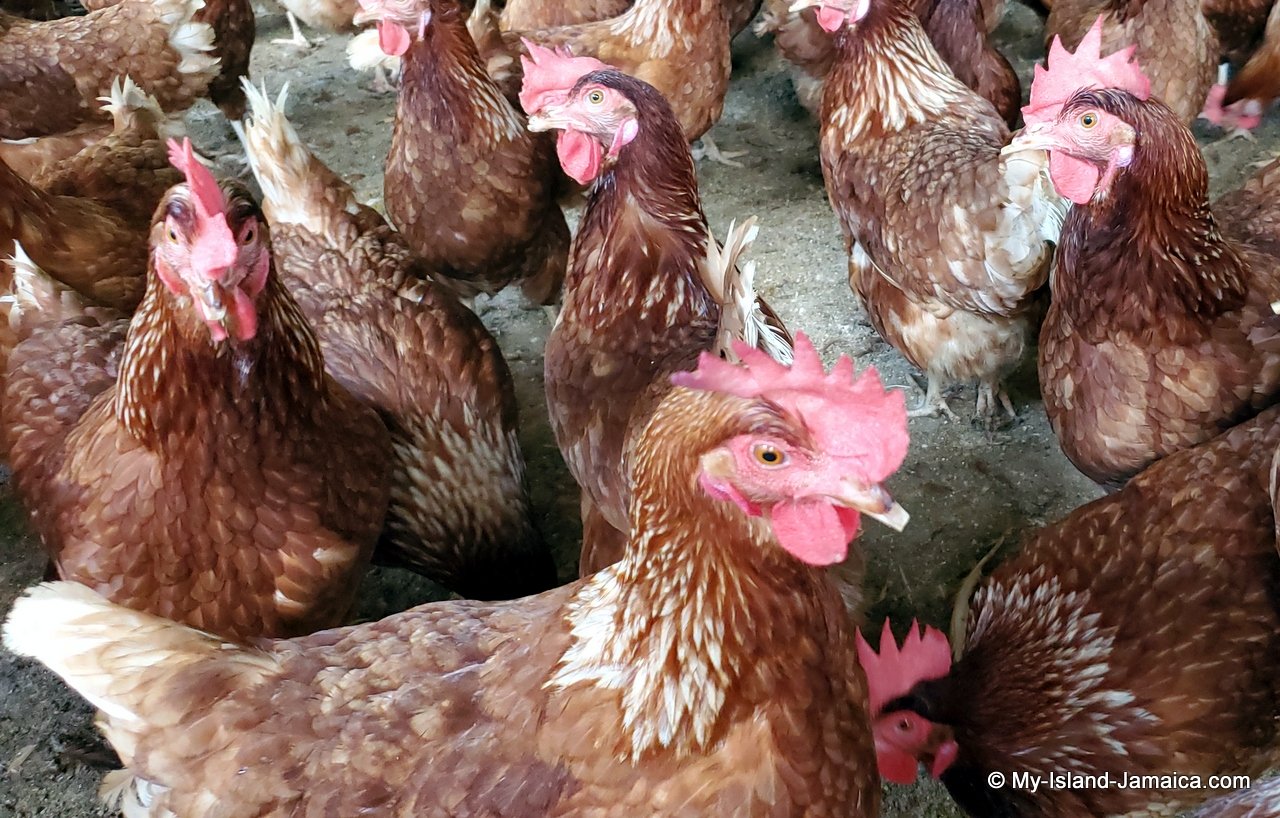 One of my favourite things about the “Little People Series” on My-Island-Jamaica’s YouTube Channel, is the hard-working and interesting people we get to meet.

Mr Bromley is no different. It is extra special for me because Mr Bromley is from my very own community of Springfield, St. Elizabeth. His egg farm has been a very vital part of the community for years. The farm doesn't merely supply eggs, it is the largest single employer in the community.

Plus, Mr Bromley's philanthropy is one of his hallmarks. Organizations such as schools and churches have completed projects with his assistance and many individuals can attest to his generosity.

We got the chance to spend a few hours with him and see how he operates his egg farm and we even got to meet some of his workers too. That video is on our My-Island-Jamaica’s YouTube channel. You can watch this video on My-Island-Jamaica's YouTube Channel.

Mr Bromley has been farming for years, it’s what he has done all his life. However, like a true businessperson, he saw a need for eggs while operating a supermarket in Black River, St. Elizabeth.

He decided to fill that need by raising just 50 chickens at the time. When that did not suffice he increased it to 100, then 500. After a while, he increased again to 1,000 chickens and began supplying other supermarkets in the area as well.

He kept on increasing until his business Global Eggs is what it is today with 50, 000 chickens and supplying many supermarkets and hotels all over western Jamaica for the past 30 years.

Collecting 28,000 to 30,000 eggs a day is not an easy feat. This means Mr Bromley could not possibly do it alone. He credits his workers for the work they put into the business.

We saw them making their way to and from the coops with thousands of eggs to the packing room where they were sorted, washed, dried and packed for distribution.

Mr Bromley reminisced on his own time making up to 20 tedious trips daily up and down the steps which run all over the farm. He still does this sometimes but now with a very capable staff, neither he (nor anyone) has to make as many trips.

While I’ve seen chickens before, I have never seen them this close and this much before! There are 17 coops on the property which house the chickens. We even saw blue eggs which I must admit I saw for the first time and found quite fascinating.

Mr. Bromley taught us a lot about how egg farming is done. For instance, did you know that a rooster is not needed in egg production? I think not! The hens will lay eggs anyway.

The difference is you need a rooster if you want fertilized eggs. Since Mr. Bromley just needs eggs, he does not need eggs that will hatch so it's a girl's affair in each coop.

Chickens eat wheat, corn and soy. Of course, they will need added proteins and vitamins from time to time. Also, since calcium is very important in egg production because it makes healthy, strong shells that won’t break easily, it is customary for the chickens to eat marl (silica sand or white sand) which is high in calcium, once in a while.


How the Chickens are Sourced

Mr Bromley buys his chicks from Jamaica Broilers or Caribbean Broilers. The order is made and then the chickens are kept for another 18 weeks at the broiler house to develop properly. They are collected and the developing stage continues another 4-5 weeks in the coops before they actually begin producing eggs.

Although Mr. Bromley loves his job, there are a few challenges associated with egg farming especially of this magnitude. As you could probably imagine, it is very costly to maintain this many chickens.

Nurturing them to maturity is quite expensive. Sometimes when egg farmers get the birds they have not yet reached where they need to be which means it will take more time before they start producing as they should. During this time, they still need to be fed, watered and cared for until they start laying eggs.

FAQs About Chickens and Eggs

Question: Is there a difference between brown and white chickens?

Question: How many eggs can a chicken lay daily?

Question: At what age do they start laying eggs?

Question: What age do they stop laying and what causes them to stop?

Old age makes the laying cycle inconsistent. After a year, laying will slow down. They sometimes stop for 6-8 weeks before laying again.

Question: How long do chickens live?

For commercial egg production, chickens are kept for 1 year and 3 months. After this their production levels dip to under 50% Which means they are no longer beneficial to keep. However, the lifespan of a chicken is around two years.

Question: Can layers be eaten?

Absolutely! In fact, after the chickens have passed their productive years, Mr. Bromley gives them away instead of killing or selling them.

Ensure you have identified a market before starting large scale egg production or you risk losing the money and time you have invested.

He doesn’t think there is one particular thing that makes Jamaica special. It is simply too much to just name one and so he listed a few.

His top picks were the lush greenery and majestic mountains that he pointed to across his property and the fact that anything you plant will grow.

As a farmer, that one is very important. He stated that Jamaica is one of the best countries to live in and if you work hard enough and remain committed to what you love you will have a good life. “The challenges will come, however, just work on them to overcome them” was the last bit of advice we got from Mr Bromley.

Editor's Note
We welcome you to share your thoughts and here!.